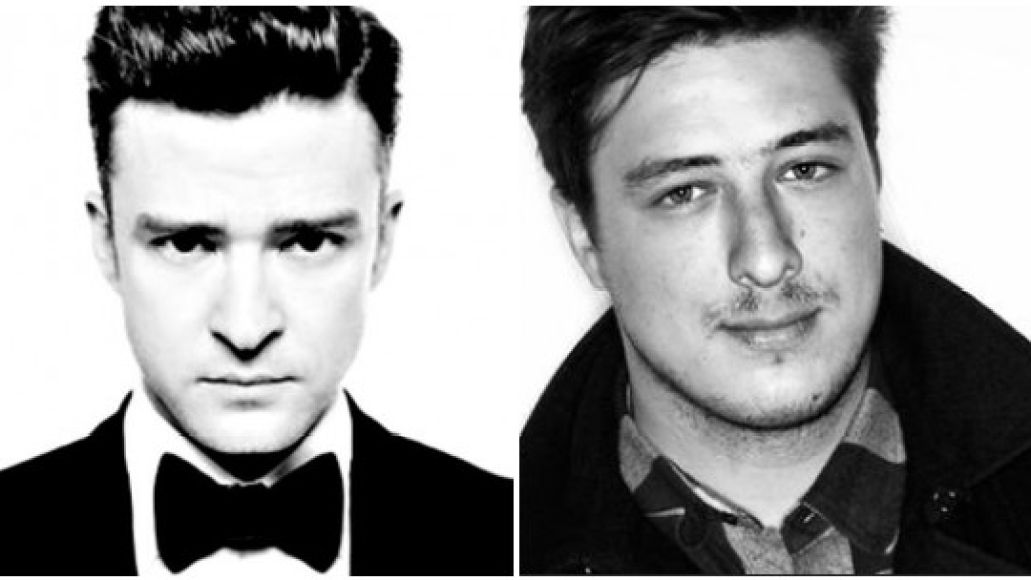 Music’s latest pair of strange bedfellows, Justin Timberlake and Mumford and Sons’ Marcus Mumford, have collaborated on the soundtrack to the Coen brothers’ new film, Inside Llewyn Davis.

Timberlake spoke about the film’s soundtrack in an interview with Capital FM (via MTV):

“OK I can tell you this. There’s a Coen Brothers film coming out soon that I was lucky enough to work with Oscar Isaac and Carey Mulligan.

And coincidentally I did work with Marcus Mumford on the soundtrack, so I became very good friends with them. Marcus and myself we all kind of worked on the music together and I don’t know any other world where we would have the opportunity to collaborate like that but it was so much fun. So not only will that be a great movie, but the music to it will be fantastic.”

Inside Llewyn Davis isn’t due in theaters until December, but you can watch the trailer below.

In related news, Timberlake recently revealed the track lengths for his upcoming album, The 20/20 Experience, and let’s just say that many of them are pushing eight minutes. Timberlake said told Capital FM that he was inspired by bands of the past: “When we were making the record I said, ‘If Pink Floyd and Led Zeppelin can do 10-minute songs and Queen can do 10-minute songs then why can’t we?’ We’ll figure out the radio edits later.”