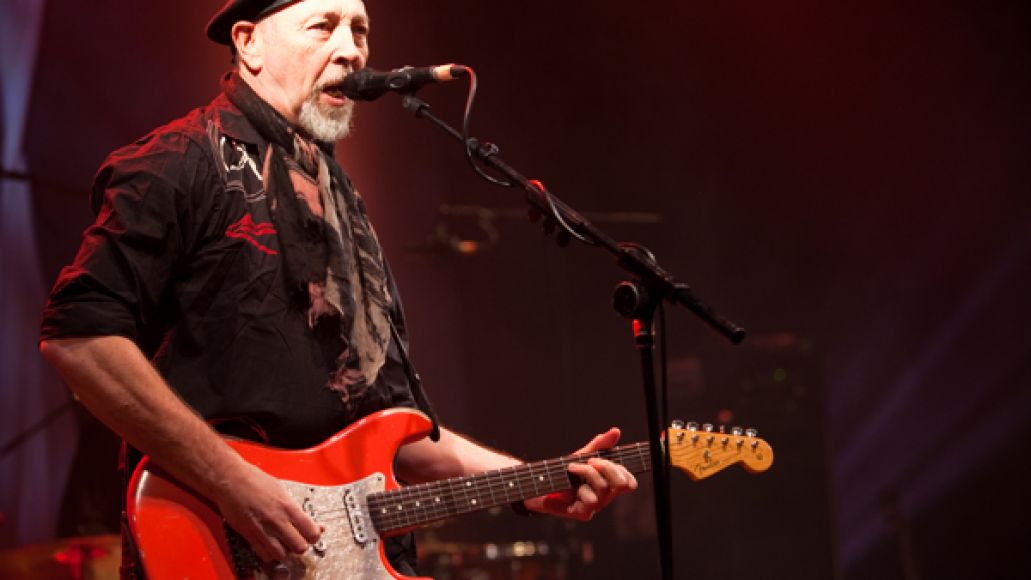 Clad all in black with small splashes of colour provided by abstract figures on his shirt and neck-scarf and wearing his trademark black beret, Richard Thompson took the stage like a veteran son of the revolution. His skin may be aged and beard a grizzled white but barely a minute into his opening song, “Stuck On The Treadmill”, you knew that the guitarist’s fingers were as youthful as ever. For the first of a two-night stint at different London venues, a simple stage setup at O2 Shepherd’s Bush Empire provided an understated backdrop for Thompson to perform cuts from his latest album, Electric, along with some back catalogue favourites and even a homage to Hendrix via his take on “Hey Joe”. 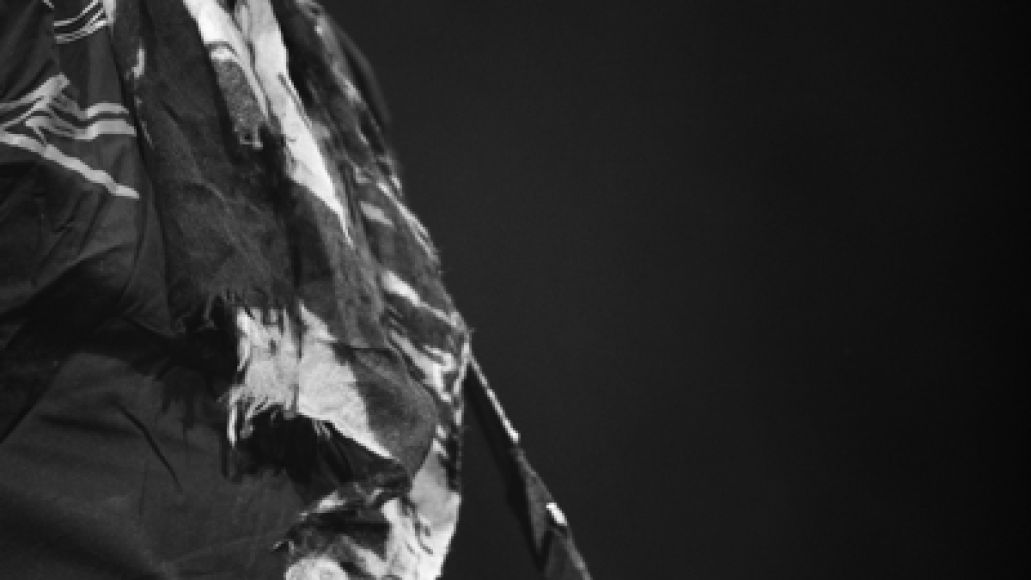 With seasoned bandmates, bassist Taras Prodaniuk and drummer Michael Jerome alongside, Thompson led a very tight, very schooled trio. As a guitar player, Thompson can make it cry and sing, and a whole lot in between. His compadres equally warmed to the task and matched Thompson’s virtuosity with their own imprints; Prodaniuk held everything together, offering up some meaty solos of his own and sharp duels with the master, while Jerome conjured up masterful rhythms along with really imaginative fills.

Thompson reeled off three songs from the new record in a steady, impressive start. The audience appreciated the regretful “For Shame Of Doing Wrong” in which the haunting refrain “I wish I was a fool for you” acted as a counterpoint to the trio’s fulsome instrumental work. The gently lyrical “My Enemy” was then followed by the grungy riff-laden “Hard On Me”, from Thompson’s acclaimed 1999 album, Mock Tudor, evoking the spirit of that fabled trio of yesteryear, Cream.

While the apt focus was on the dexterous fretwork of Thompson matched by his rich baritone vocal, Jerome enjoyed his own moment in the sun with a remarkable hands-only drum solo during “Al Bowlly’s In Heaven” which Thompson introduced with a deadpan comment on his tuning skills – “close… but it’s only folk” – before delighting with some incredibly nimble acoustic playing, Django-style. Prodaniuk pitched in with a deft bass solo as Thompson’s tale of a down-and-out recalling better times unravelled. 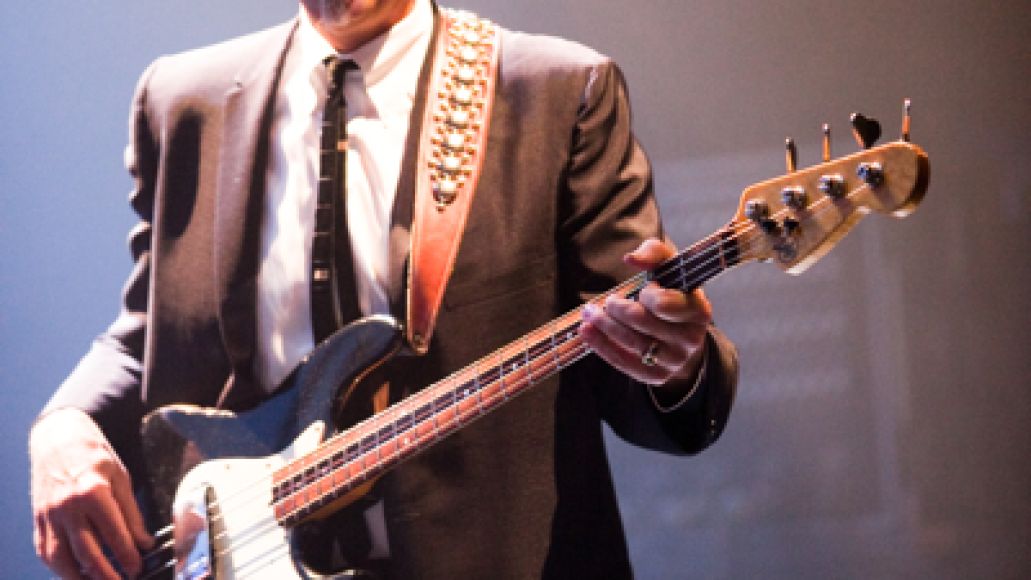 You might not instantly label much of what Thompson played, folk music, yet it is inherent in almost everything he does. The rhythms and cadence of traditional music can be heard in Thompson’s own songs and the affection the artist has for the genre is clear in his fond put-downs between cuts. His is a mature audience, most I am sure steeped in folk music, though Thompson can’t resist an affectionate swipe: “I love seeing old people standing up” he quipped in reference to the Empire’s ground floor while lightly mocking the richer folk in the balconies.

Musically, the success of the evening was that with solos long enough to engross but not to outstay their welcome, Thompson never strayed across the line marked indulgence. His range of styles — from blues to folk-rock, jazz to country — kept the set fresh and engaging. From the complexities of 9/8 time in “Sidney Wells” to the country twang of “Wall Of Death”, Thompson mixed things up to great effect.

Returning to the stage twice for encores, the trio tackled Hendrix’ “Hey Joe” with playful affection while enticing mass crowd-singing during the punkish “Little Sally Racket”. Finally Thompson shared the love with his family, dueting with daughter, Kami, on “A Heart Needs A Home”. Joking that “nepotism gets you everywhere”, he added grandson Zak Hobbs and daughter-in-law Paulina Lis to turn the bitter-sweet “Tear Stained Letter” into a celebratory workout.

Setlist:
Stuck On The Treadmill
Sally B
Salford Sunday
For Shame Of Doing Wrong
My Enemy
Hard On Me
Easy There, Steady Now
Al Bowlly’s In Heaven
Good Things Happen To Bad People
Sidney Wells
Did She Jump
Never Give It Up
Wall Of Death
If Love Whispers Your Name
Encore:
Hey Joe
Stony Ground
Little Sally Racket
A Heart Needs A Home
Tear Stained Letter