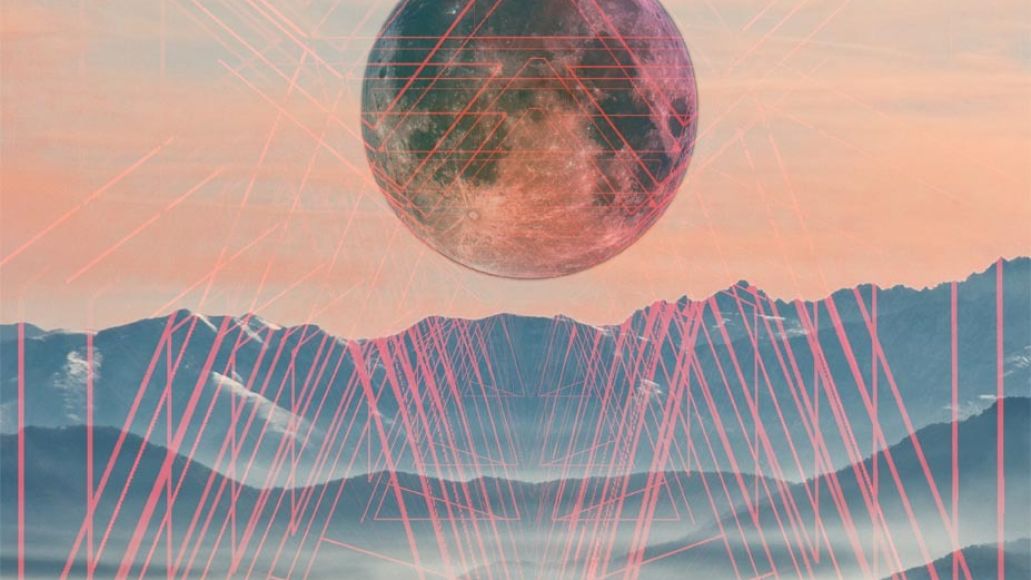 Black Bug may hail from “the bowels of the Swedish underground” and currently work out of Bordeaux, France, but the gothy synth-punk of “Threads” comes from someplace much darker. “We’re losing our heads,” frontwoman Lily moans repeatedly, the retro synths thumping out a haunted house heartbeat. Shivering high-end pierces through the black veil, leaving the fuzzy punk rhythm that dominates much of their music behind. The track comes from the duo’s new LP, Reflecting the Light, due March 26th courtesy of Hozac Records. -Adam Kivel 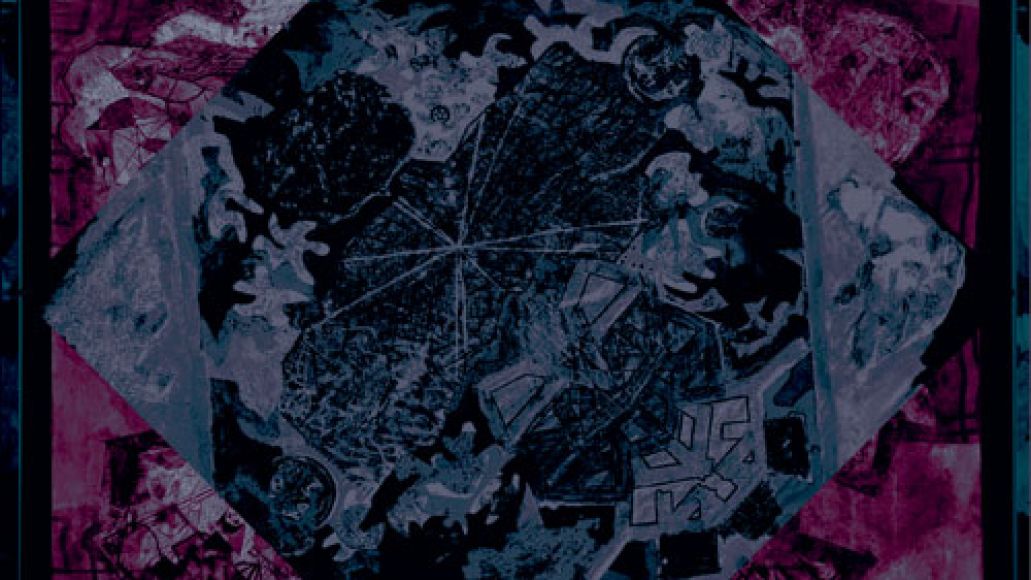 Cass McCombs asks an honest, sensible question: “If you loved me before, can you love me today? / I haven’t changed much, if at all.” It’s a brooding downer set to sparse guitar strums and a synthesizer that quivers behind McCombs’ words. He ostensibly doesn’t get an answer, as the song ends just as bleakly as it began. “If You Loved Me Before…” is the A-side to split 7” with White Magic. All proceeds from the sale of the single (which you can purchase here) benefit VH1 Save the Music’s Ariel Panero Memorial Fund. -Jon Hadusek 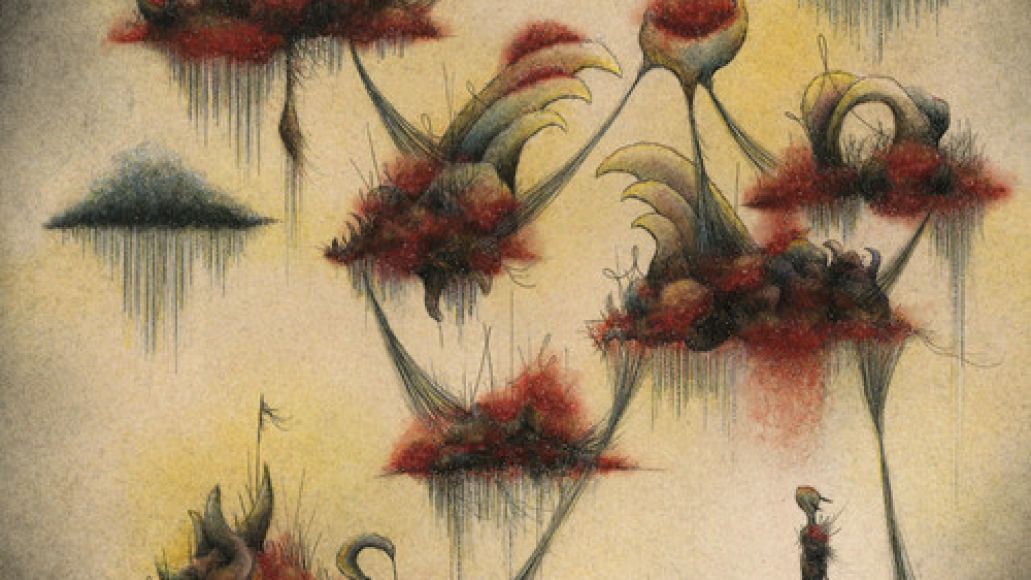 It’s been three years since we’ve heard anything from Kentucky ambient mastermind Matthew Cooper, but fans of his work as Eluvium know that waiting is an important part of the process. The slow-build of tracks like “Don’t Get Any Closer” require patience, the frost melting off of the light drone as the warm sun rises over the horizon. A simple, major-chord organ melody rounds closer into focus as each minute passes, the whole thing an ultimately organic breeze of post-rock beauty. “Don’t Get Any Closer” is an early preview of Cooper’s upcoming Temporary Residence Ltd.-issued double LP, Nightmare Ending, due out May 14th. -Adam Kivel 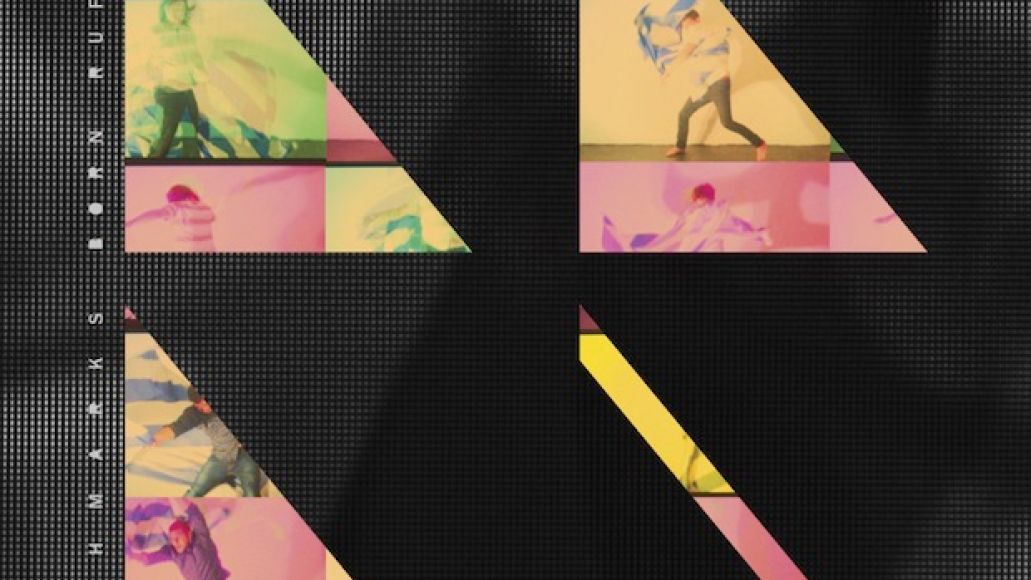 The bouncy rock of Ontario trio Born Ruffians is always joyous, despite the occasional dour lyric or angsty stanza. Their latest song, “Needle”, is no different. The chords are engineered for headbanging, and the shout-along chorus sees the whole band wailing in unison — it begs for adjectives like “youthful,” “spry,” and “carefree.” But listen closer, and the unfulfilled emotions jumps out. Lines such as “I belong to no one” and “I wish I was taller” qualify as youthful, but they certainly aren’t cheerful. “Needle” is the first song from the band’s third album, Birthmarks (out April 16th via Yep Roc). -Jon Hadusek 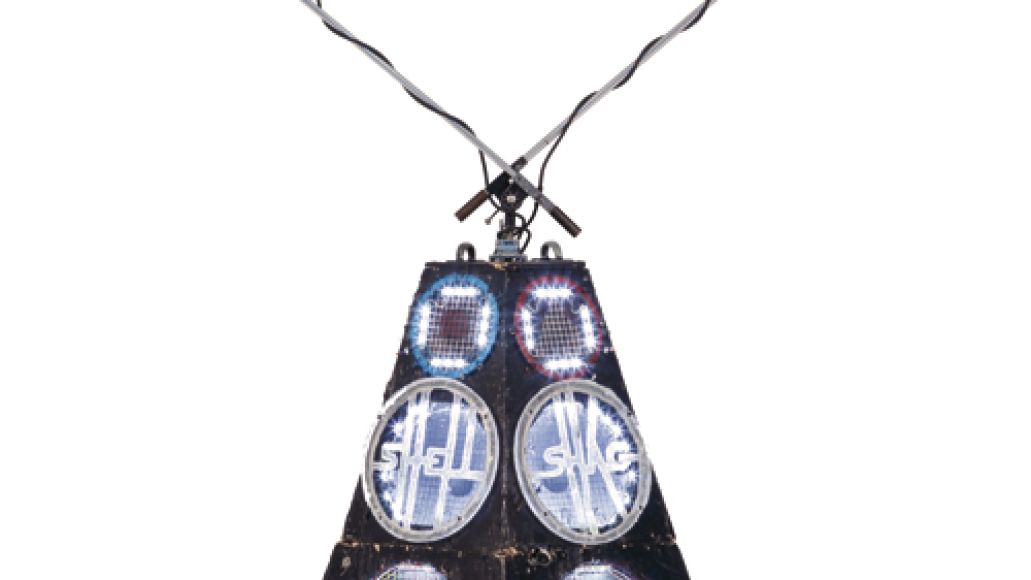 “I’ll buy us both root beer floats / take a ride on a banana boat,” John Shell gruffly promises on “Face to Face”, one of the cutest lines on one disarmingly cute song. The latest from Shell and his partner Jen Shag (AKA Shellshag), the song reflects their typical performance setting, in which the two sing at a custom Y-shaped microphone stand, he on guitar and she standing at a simple drum kit. If anyone out there had a rough Valentine’s Day and is worried that love isn’t real, the promise to grow old together and keep playing shows is exactly the glucose shot in the arm to turn things around. “Face to Face” comes from the duo’s third LP, Shellshag Forever, due April 16th from Don Giovanni. -Adam Kivel 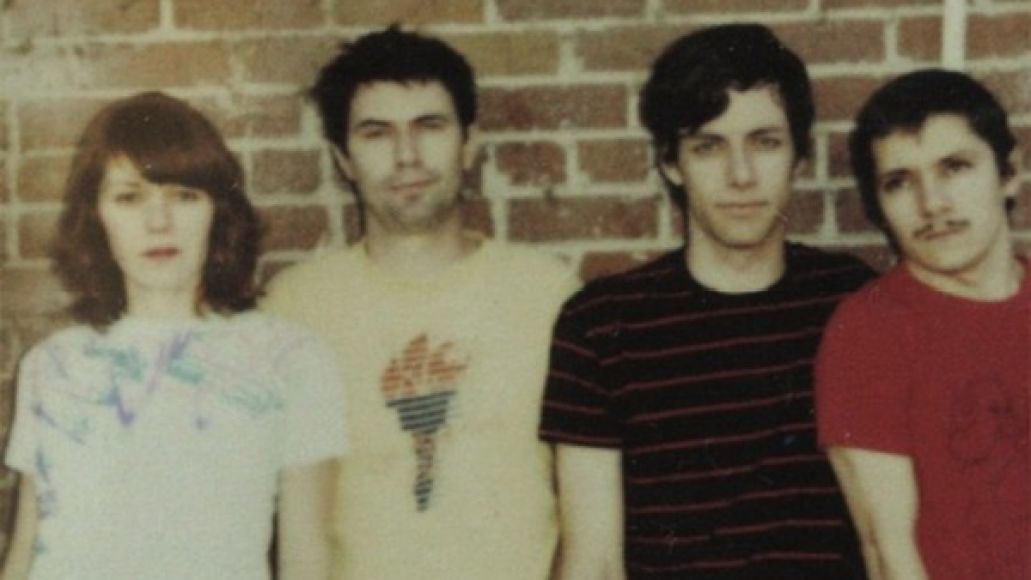 If you miss Rilo Kiley as much as the rest of us, then hopefully the band’s upcoming rarities comp, aptly titled RKives, will (partially) fill the void they left behind. The acoustic “Let Me Back In” opens the LP with a sentimental ode to Los Angeles: “When the palm trees bow their heads / No matter how wrong I’ve been / L.A., you always let me back in.” Jenny Lewis’ lyrics are filled with sun-shiny imagery of the city, and she almost seems guilty for all the tours that took her away from her home. Additionally, Rilo Kiley is asking you for some imagery to help create a video for the song. To participate, upload “your favorite personal Rilo Kiley video clip, band footage, created animation, etc.” to RiloKiley.com by March 5th. -Jon Hadusek 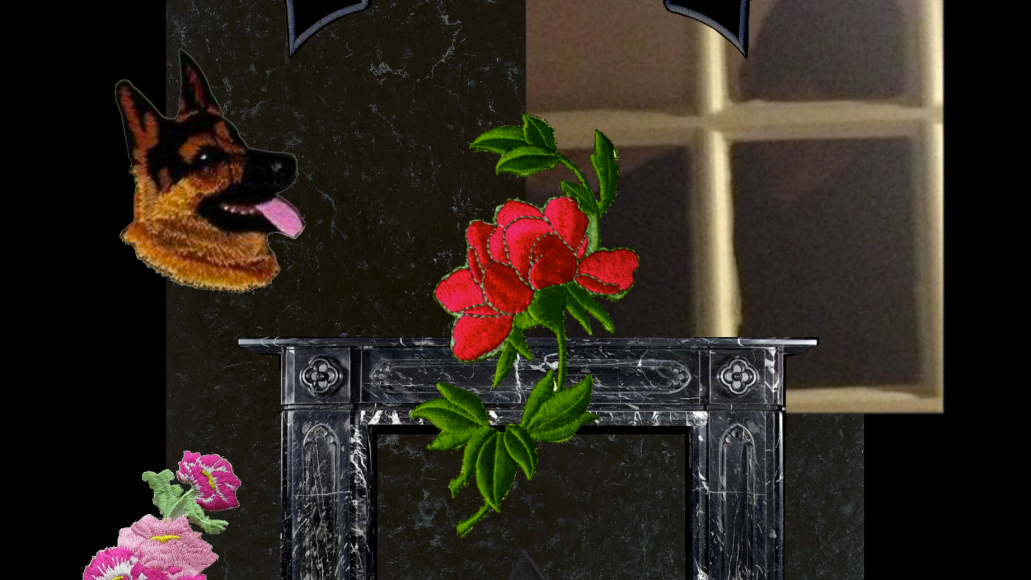 In retrospect, the pairing of L.A. producer Shlohmo’s R&B-flavored haze and the lush vocals of Tom Krell (aka How To Dress Well) seems almost too obvious. There’s a little bit of a D’Angelo feel to their collaboration “Don’t Say No”, both in the slow-clapping beat and the lyrics about getting together and focusing on “real love.” But then things get busier with glass bottle percussion and pitch-shifted backing vocals filling the slinky spaces. After all, it’s all about “we, we, we, we / and not you, you, you, you,” so the less space the better. This sultry jam is an early preview of Shlohmo’s new EP, Laid Out, due March 5th. -Adam Kivel 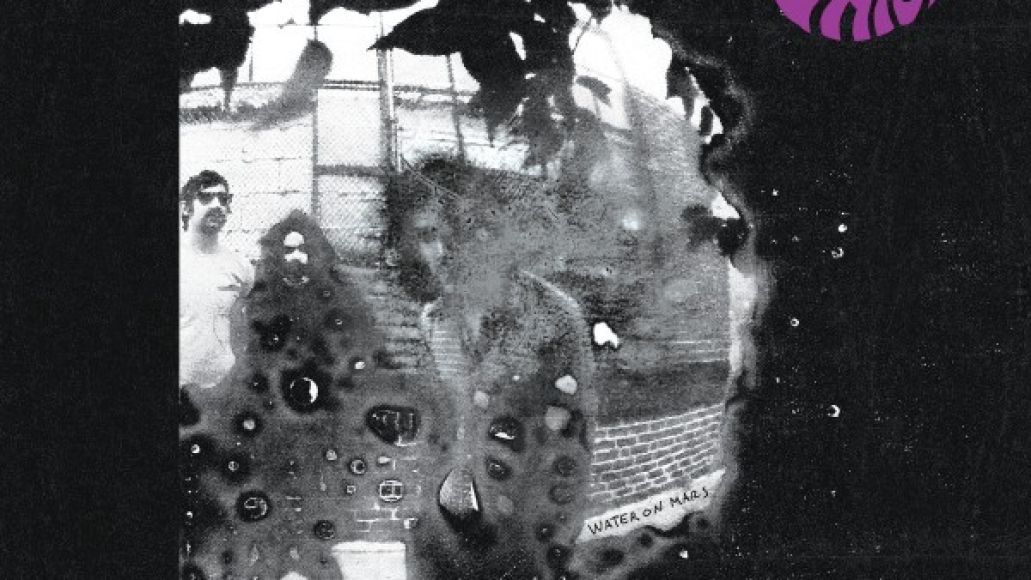 Waves of scuzzy rock emanating out of Purling Hiss mastermind Mike Polizze’s home, the heavy distortion and aggressive riffs cranking at 11. But the sun-bleached guitar swoops that open “Mercury Retrogade” introduce a somewhat washed version of that output, surfy strums replacing cataclysmic chugs. “I don’t know/ I don’t know/ if we’re out of time,” Polizze wonders through his J Mascis-y drawl, the playful harmonies and ripping solo not doing much to dissuade from the Dino Jr. comparison. This and eight other new cuts will make up the Drag City debut from Purling Hiss, Water On Mars due out March 19th. -Adam Kivel 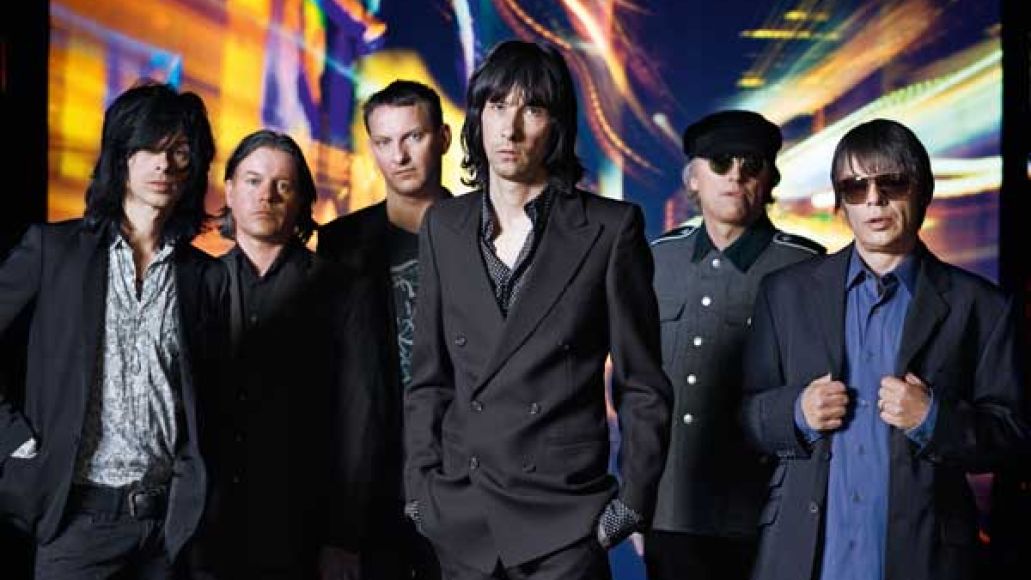 Kevin Shields all but disappeared for a decade, but now he’s dropping new MBV albums and guesting on other artists’ tracks. He adds his guitar feedback to Primal Scream’s “2013”, which is the lead single from the band’s 10th studio album, More Light (out March 6th via First International). Frontman Bobby Gillespie retains a nonchalant-yet-melodic vocal delivery over forceful drums and Shield’s phased-out noise. “Twenty thirteen,” Gillespie shouts during the chorus, before being overcome by a wash of dissonant horns (think Psychedelic Furs). The lyrics are disconnected nonsense, so it’s unclear what Gillespie’s referring to concerning our current year. Hopefully it’s something that involves even more Kevin Shields. -Jon Hadusek 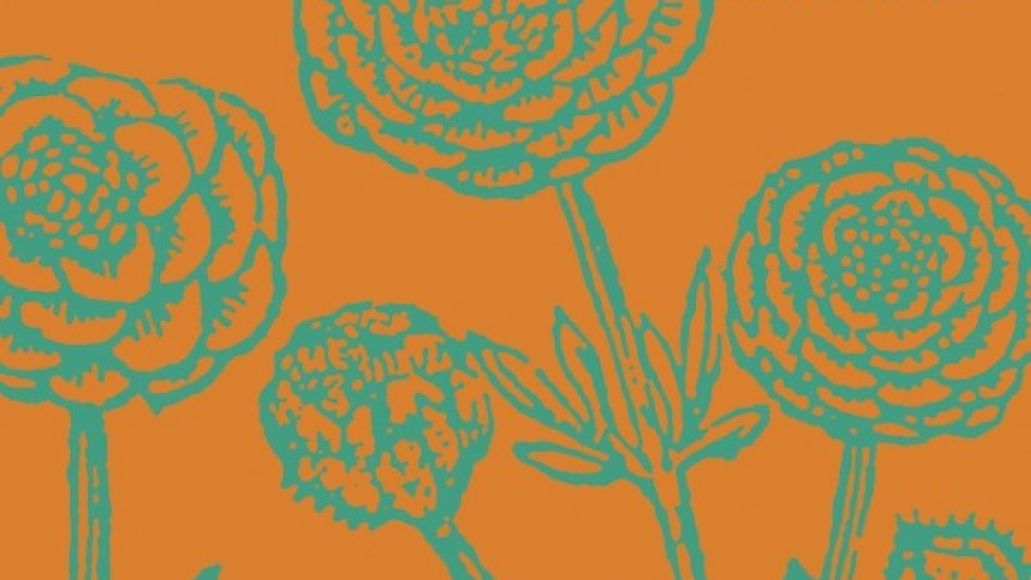 Multiple tracks from last year’s Open Your Heart hinted that The Men were starting to twang up their sound. With “I Saw Her Face” — the latest cut from the forthcoming New Moon (out March 5th via Sacred Bones) — the Brooklyn quintet has fully embraced country rock, though their amps are still cranked. Mark Perro and Nick Chiericozzi bludgeon their guitars, all as tiny jangles and parts of the pentatonic scale peak out from behind the noise. If HÃ¼sker DÃ¼ skewed less toward punk rock and more toward On the Beach, they would’ve sounded like this. -Jon Hadusek