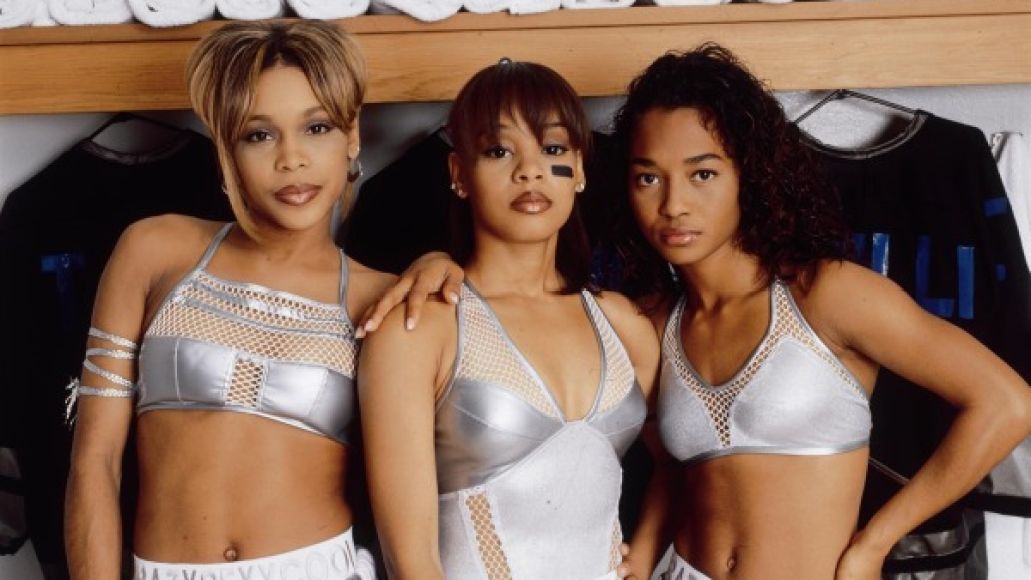 After years of entertaining viewers with Behind the Music specials (the one on Courtney Love is life-altering) and 2,300 hours of I Love the ’80s, VH1 announced in late 2011 plans to develop a biopic on ’90s R&B group TLC. Now, the network has confirmed that the full-length feature film, entitled Crazy Sexy Cool: The TLC Story, will begin production in the group’s hometown of Atlanta next month.

The film will feature a script by Kate Lanier (the fantastic What’s Love Got to Do With It and not-so-great Glitter), with Charles Stone III (Drumline, Paid in Full) sitting in the director’s chair. The cast feature’s “Lip Gloss” singer Lil Mama as the late Lisa “Left Eye” Lopes, actress/singer Drew Sidora (Step Up) as Tionne “T-Boz” Watkins, and actress/singer KeKe Palmer (Akeelah and the Bee) as Rozonda “Chilli” Thomas.

Both Chilli and T-Boz will service as consults and executive producers on the film, which promises to reveal the group’s deeply-held inner workings.

“There is so much to our story that hasn’t been told until this movie,” T-Boz said in a press release. “Fans will be able to really understand the dynamic of the group and why that formula has not been able to be duplicated.”

Stay tuned for more on the film as it’s announced. In the meantime, check out the video for “Waterfalls”, off CrazySexyCool the album.