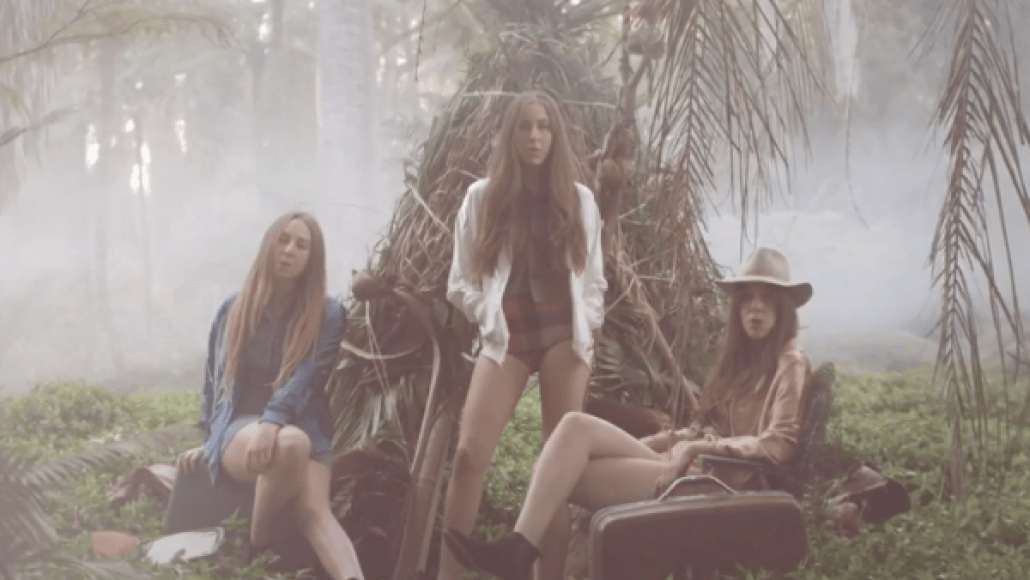 California sisters HAIM have issued the official video for their latest single (and early song of the year contender), “Falling”. Surrounded by the rugged wilderness, the three girls fend for themselves by rummaging through the foggy thick with absolute tenacity. Given their recent Bonnaroo confirmation, one might consider this a glimpse into the future, though it’s doubtful they’ll have to forage for food there. Then again, you never know at The Farm.

“Falling” is the title track of the band’s forthcoming EP due out April 1st via Columbia. Also, the ‘Roo isn’t the only festival they’ll be hitting up in the coming months. Consult their full itinerary below.

Watch HAIM sing amid foggy woods in their video for "Falling"