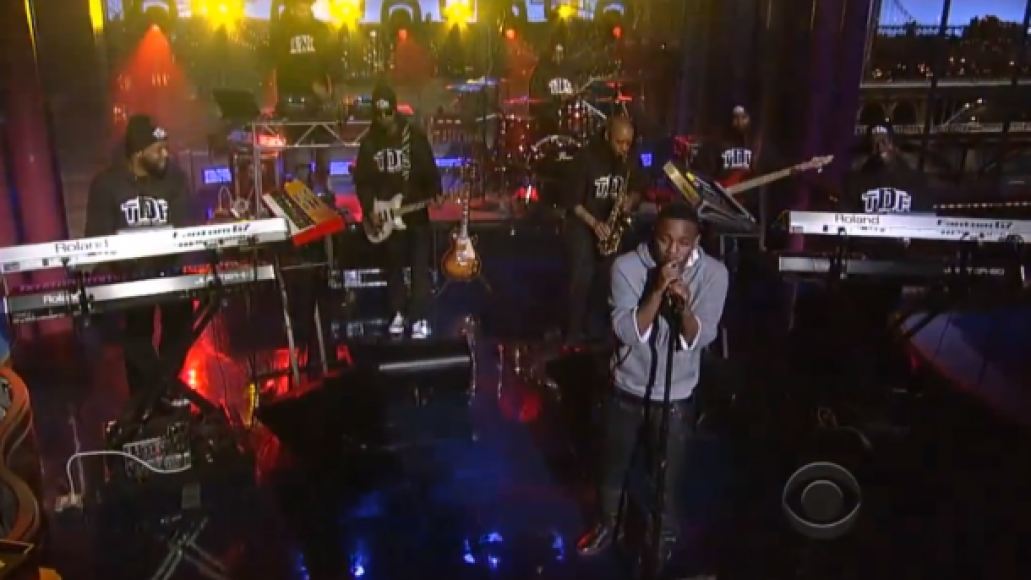 Almost a month to the date of his appearance on Saturday Night Live, Kendrick Lamar was back on TV last night. This time around, he appeared on the Late Show with David Letterman, where he performed “Poetic Justice” from his excellent debut album, good kid, m.A.A.d city. Replay the performance below (via Mr.World Premiere).