The opening beats pulsate atop approaching synths, signifying the awakening of a sleeping beast. Sounds rather frightening, but really it’s just the welcome return of the hardly dormant Depeche Mode, and the sleeping beast is lead singer, Dave Gahan. With lucky album number 13, Delta Machine, Martin Gore and company don’t aspire to break new ground, opting instead to keep building on a solid foundation. For so many long-standing artists, that isn’t the easiest move to make, considering the inevitable cracks of reference and rehash that plague the way. While there are a few of these cracks on the record, there aren’t enough to prevent Depeche Mode from rolling out another good release.

Consensus would say that the Essex trio peaked in 1990 with the classic Violator; featuring radio hits “Enjoy the Silence”, “Personal Jesus”, and “Policy of Truth”. With that triumvirate of tunes, it’s hard to disagree. However, what hovers above, around, and just below Delta Machine is the synth-blues rock of 1993’s Songs of Faith and Devotion. You can hear “I Feel You” in every slow stomp and twang in “Slow”, as well as album closer “Goodbye”. Despite these call-backs, the group makes it work thanks to Gahan’s vocals, which have managed to stay in remarkable shape after living the hard life for a number of years.

“My Little Universe” is Gahan’s highlight. He’s as close to the mic as you can get, so when he declares, “Here I am king / I decide everything / I let no one in / No one,” you believe him. With verses playing out over Gore’s simple synth-loop, the band proves that less can be more. This minimalistic approach ignites “Welcome to My World”, giving the track room to build to its climax. The album’s sound is so concrete, it’s no surprise Flood was the man responsible for fitting all the pieces together, mixing for the band for the first time since Faith and Devotion.

Speaking of, more songs of faith and devotion appear on Delta Machine. “Angel” and “Heaven” refer to, well, an angel and Heaven. However, darkness haunts both. The former features the verse, “The angel of love was upon me / And Lord, I felt so small / The legs beneath me weakened / I began to crawl.” The latter appears more resilient, but is it? “I will scream the word / Jump into the void / I will guide the world / Up to heaven.” It sounds uplifting at the end, but…screaming and jumping into a void?

What goes on in the mind of the man who wrote the lyrics for those two tracks? It isn’t Gahan (who does contribute lyrics for a few songs), it’s Gore. In addition to being the main creative force since Vince Clarke left over 30 years ago, he’s always there. His words provide a foundation for Gahan’s vocals. Gahan/Gore harmonies lift every song (hear: “Alone”). Gore gets his lone lead vocal in “The Child Inside”, with Depeche Mode’s leader at his most dramatic. Every last word of a line gets added vibrato, but he pulls back to avoid entering the land of melodrama.

Certain tracks manage to squeeze on by with references to the past, but one trips hard. “Soothe My Soul” comes a little too close to “Personal Jesus” for comfort, with the same verse/chorus structure the band offered up 20-some-odd years ago. An overarching problem Delta Machine has to contend with is that aforementioned decision to soldier on down the well-worn, beaten path. While at the end of the day the formula still works, it just isn’t as fresh as it once was to demand immediate repeat listens.

But Delta Machine does deserve repeat listens. There’s a reason Depeche Mode continues to thrive both live and in-studio: passion. Yes, that emotional definition is overused. However, if the synths, keyboards, and guitars don’t convince you, look to those unmistakable vocals from Gahan and Gore, showing in song after song that they still give a shit after all these years. 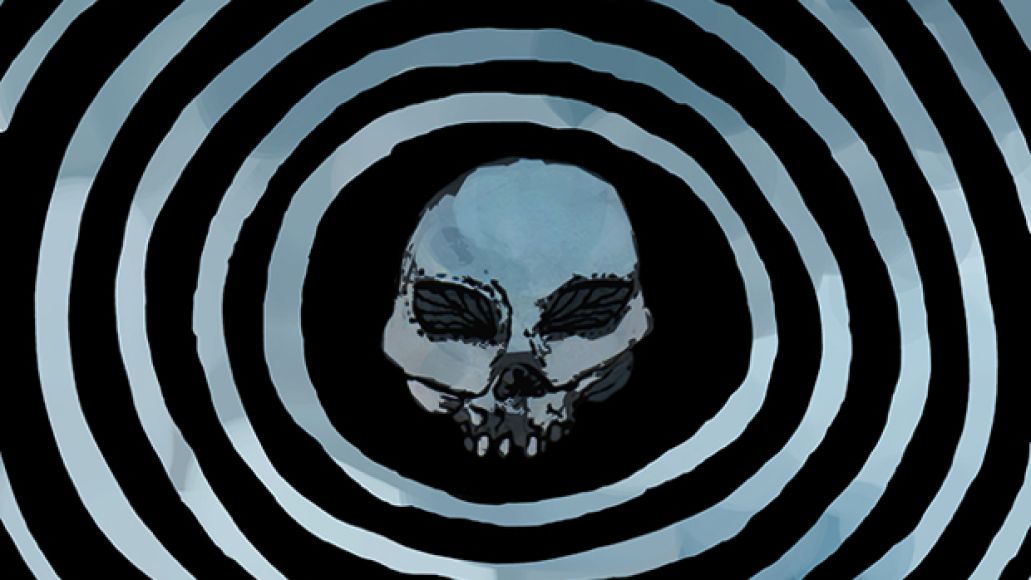