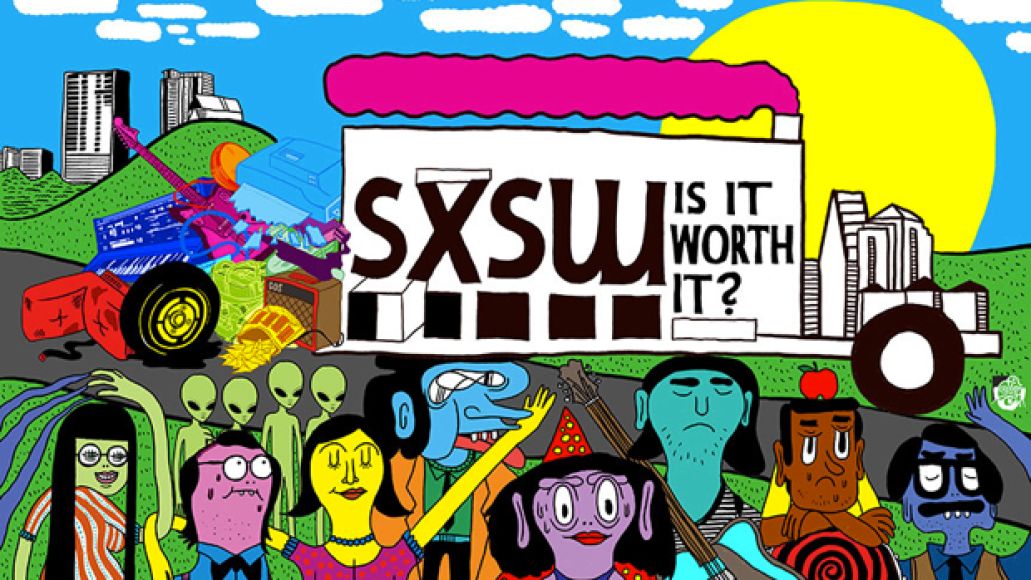 Over the next 10 days, more than a quarter-million of motivated artists and industry personnel will descend upon Austin. New York musicians will speed 26 hours and 1,500 miles to Texas’s capital, while Los Angeles filmmakers will make the three-hour flight into Austin-Bergstrom International Airport. Some start-ups will walk to the festival, while other musicians will travel halfway around the globe. They all come for one purpose: the 27th annual South By Southwest.

The 10-day festival, which includes music, film, and interactive segments, unites credential-wearing hordes in a party-hopping, buzz-building extravaganza. Some registrants will partake in panel discussions, screen films, and perform songs. Many others will shake hands, drink free Lone Star tallboys, and devour the Ice Cream Man’s frozen treats by the dozen.

They will also spend money — something that’s transformed SXSW into a mammoth cash cow for the city of Austin. In 2013, the festival’s economic impact will likely surpass the $200 million mark, an upward trending number that SXSW Executive Director Mike Shea has compared to a “mom pencil[ing] your height on the kitchen door.” He’s got a point. Last year, the behemoth conference spurred a $190 million boon for Austin. In 2010 and 2011, the festival made $113 million and $167 million, respectively.

Most cities have to invest public funds to win major events such as the Olympics or World Cup. Atlanta, for instance, has proposed spending $300 million to build a new Falcons stadium in hopes of wooing the Super Bowl back to the city. Austin doesn’t have to worry about that as they host one of the most important industry events worldwide on an annual basis.

It’s impossible to miss that impact every March. Promotional flyers and vouchers litter the city. Sponsors market headphones, clothing, drinks, and an abundance of free Doritos. A marketing agency converted homeless men and women into WiFi transmitters, while buskers flood every street corner. Establishments from The Parish to Pita Pit host live performances and reap the profits.

Corporations strive to make indelible impressions on consumers with larger-than-life marketing activations that include car showrooms, six-story vending machine replicas, and trademarked basketball courts. Brand emblems cover every stage. Under these iconic logos, talented acts play their best, newest songs in the short amount of time they have. Some money trickles down to those artists. Most won’t receive a dime. 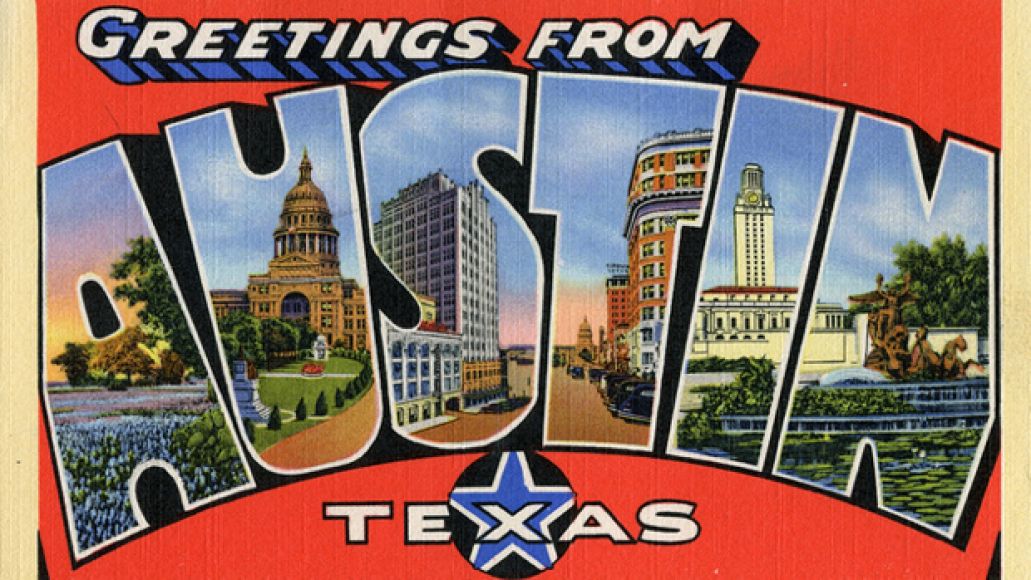 Nevertheless, thousands of musicians will travel thousands of miles despite SXSW’s woeful financial prospects. Most assume that the conference has other ancillary benefits like exposure and networking. But as more bands flood an already overcrowded conference, artists have questioned whether their money would be better spent elsewhere.

In some cases, that’s led to musicians pulling out of SXSW when other opportunities arose. Last year, Robert Ellis and Hey Rosetta! had showcases confirmed. Both acts changed their plans after lining up respective tours with the Drive-By Truckers and Gomez. A couple of artists booked for Paste’s showcases bowed out of the festival altogether when their finances fell through at the last minute.

As each year passes, festivalgoers increasingly debate the festival’s merits. As someone who has booked SXSW events and covered a wide spectrum of bands in Austin, it’s not hard to see how the festival’s grueling pace wears on artists. Hell, I even ran the marathon in 2011 as I saw 100 bands for an assignment with Paste. Some acts can gracefully maneuver the festival without breaking a sweat, while others shatter equipment in the middle of 6th Street.

SXSW does present artists an opportunity amidst its organized chaos. Often, however, the gamble doesn’t make sense when their money can be invested into a dedicated tour, merchandise, or other expenses that come with having a music career.

To find out how much the conference matters to artists, I asked 40 SXSW-bound musicians to take my “SXSurvey” — a questionnaire that asks them about their expectations, goals, finances, and other related factors. I also spoke in-depth with other artists and industry figures to hear their take on the 10-day marathon.

Is SXSW worth it? That depends on whom you ask.

SXSW first formed in 1986 after Roland Swenson, who worked for The Austin Chronicle, co-organized a festival with fellow alt-weekly staffers Louis Black and Nick Barbaro. The three organizers initially expected 150 people to attend in 1987. Around 700 showed up.

By the time Chicago Tribune music critic Greg Kot first went to the Austin conference three years later, SXSW was still a fledgling convention, with all its panels held at the Hyatt. But the important industry figures had started to show up regularly.

“It was [the] who’s who of music people,” says Kot. “Every major publicist, record company executives, talent scouts, booking agents…It was kind of cool, it was kind of intimate. It was a lot of face-to-face time with people you wouldn’t otherwise run into in the course of day-to-day events.”

Panels mattered more in those early years. Kot witnessed engaging and controversial discussions that included everyone from Ice-T to Public Enemy publicist Bill Adler. Imagine if Frank Ocean debated the relationship about marketing and sexuality or Chief Keef mused about gun violence in hip-hop culture. That’s what Kot saw and embraced in SXSW’s early days.

“The panels were invariably very well-attended and extremely lively,” he says. “You felt like you were in the middle of a very passionate debate about music…Back then there was a sense of real import into some of these discussions that were going on. A lot of the key players at the industry were actually in the room debating some of these issues.” 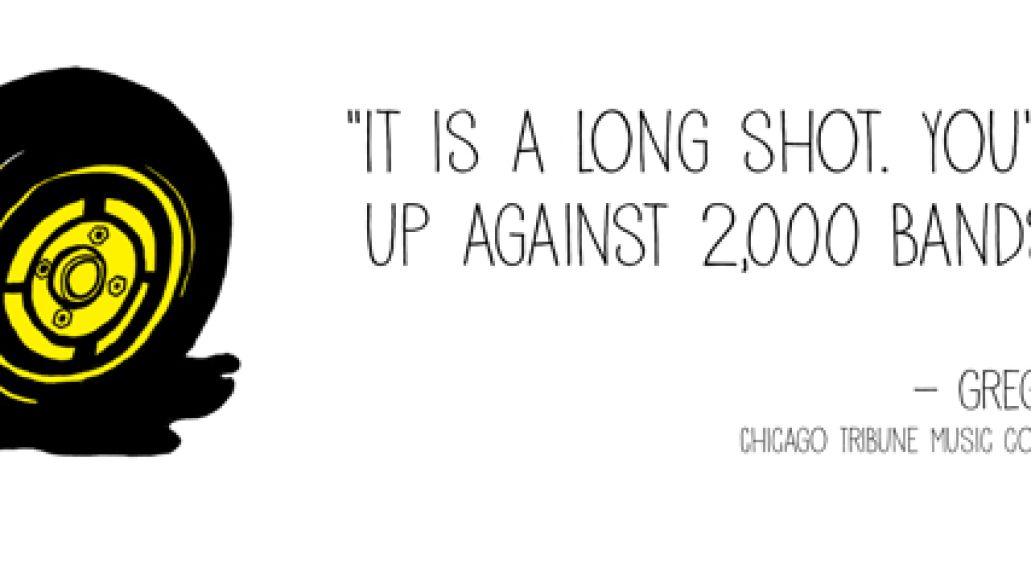 Kot thinks the corporate shift started once the New Music Seminar, an annual New York-based music conference, ended in 1995. The convention, which began in 1980, dominated the industry landscape in SXSW’s earliest years. Once it fell by the wayside, major record labels shifted focus and began promoting new releases in Austin. Captive audiences once focused solely on discovering emerging artists turned their ears elsewhere. Opportunities for smaller musicians waned as they played to smaller rooms with less attentive audiences while established bands stole the spotlight.

“A lot of bands who came there with the idea that they were going to get a shot and that somebody would notice them, they probably didn’t get what they were coming for,” says Kot.

Despite the diminishing returns, more artists joined the fray, with some acts such as John Mayer, Polyphonic Spree, and Hanson (yes, Hanson) getting “discovered.” In order to make an impact, musicians required industry professionals to support their efforts. Occasional SXSW trips by label employees and booking agents soon became required annual events. “Fifteen years ago, agents weren’t involved in the booking at all,” says Tom Windish, founder and president of The Windish Agency. “Back then, I didn’t even go to SXSW.”

Over the past five years, the conference has swelled in size. Twitter and Foursquare launched their platforms in Austin. Increasing amounts of celebrities attended film premieres. The music portion has doubled in size and even spawned a series of offshoot festivals such as 35 Denton, Savannah Stopover, and Orange You Glad Fest. SXSW not only flourished within Austin, it sprawled to other states. More importantly, the conference had embedded itself into three different industries — which would only ensure its continued growth.

Of the thousands of musicians to venture to “The Live Music Capital of the World,” more than 80 acts work with The Windish Agency — including Mercury Prize winners Alt-J, Toro Y Moi, The Thermals, and Unknown Mortal Orchestra.

Some artists, including 37 percent of the acts surveyed for this story, will get paid for select events. Most will play free shows, but Windish doesn’t see that as a bad thing. As tour revenue spiked over the past decade, he thinks that a week of free shows can lead to increased draws in the long run.

“The reality is that the revenue for shows and the importance of live appearances in a band’s career has increased so much,” says Windish. “I don’t mind booking shows for free, particularly if they help propel a band to another level of popularity.”

Among The Windish Agency’s breakout acts last year were Japandroids and Grimes, who each played between four and six shows — some for free. Both Canadian acts ended up having career-defining years, which gained substantial momentum in Austin. Heading into last year’s SXSW, Windish says both bands had between 250 and 400 fans attending their shows. One year later, their respective draws range from 750 to 1,000 people.

This year, he says Icona Pop, Hundred Waters, and Guards could make similar strides. Those three have promising shows that include coveted slots on major media outlet parties such as Pitchfork and Paste, but it’s still a crapshoot that hinges on each individual act. “Is SXSW valuable to a new artist, and how many shows do I decide they should play?” he asks. “That depends on the artist.” 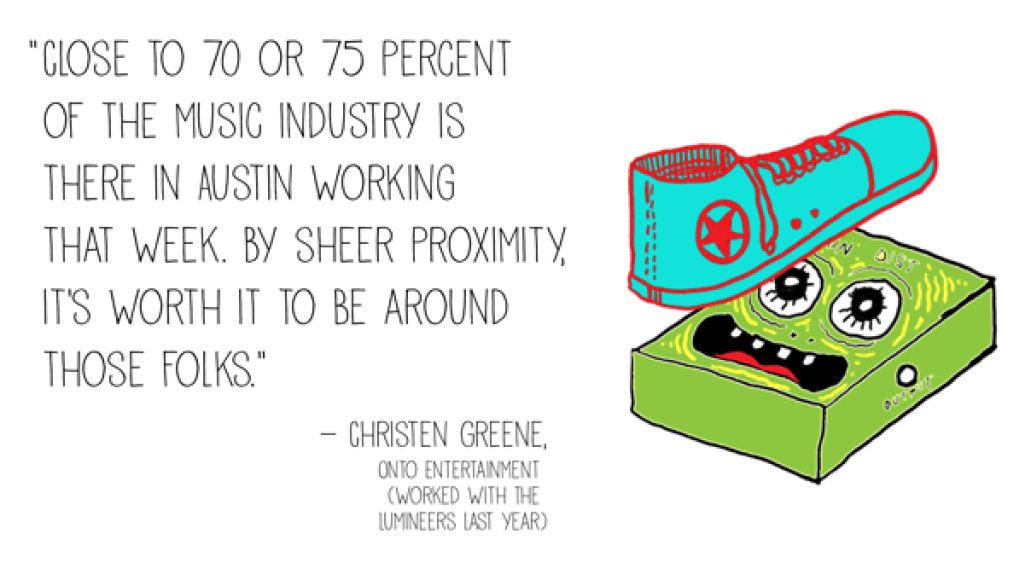 SXSW can catapult careers when the stars align. It’s something that happens for a select few artists every year. Windish remembers José González having a breakout SXSW in 2006. More recently, Odd Future had their coming-out party in 2011. Last March, the Alabama Shakes and The Lumineers captivated audiences.

Onto Entertainment’s Christen Greene helped guide The Lumineers through Austin’s bustling thoroughfares in 2012. The Denver trio managed to turn heads weeks before their self-titled debut arrived in stores. One year later, the band earned two Grammy nominations and now plays in several-thousand-capacity venues. Last year, they played in dive bars.

“There are many approaches as to how to manage [SXSW],” says Greene. “The most important thing to do is just temper your expectations in so much as to what you’ll get out of it as a band.”

While not every act can garner that much attention, Greene thinks that there are two methods for Austin-bound artists: going for broke in order to “get noticed” or selectively targeting the right shows and press opportunities.

That all-in approach not only goes for the performances, but for other opportunities that aren’t as obvious. Last year, The Lumineers lent a keyboard to Idle Warship during Paste’s showcase after the band showed up with no equipment following a communication breakdown. They didn’t have to assist members of Talib Kweli’s side-project, but the trio helped the publication out at the last second.

Given the concentration of industry movers and shakers all in one city, Greene says most acts can benefit in some capacity from a SXSW trip.

“Close to 70 or 75 percent of the music industry is there in Austin working that week,” she says. “By sheer proximity, it’s worth it to be around those folks.”

Sometimes it pays off. For instance, Kot caught The Lumineers after getting a last-minute tip from his friend. He didn’t notice the trio making noise before SXSW, but then he saw them perform at St. David’s Church.

“They sort of waded into the crowd and did this thing where they turned this very safe and quiet setting into a sort of a hootenanny,” says Kot. “They played unamplified, on acoustic instruments, and transformed this room into a big party, and it was impressive. I thought, ‘Here’s a band that’s going to do something.’”

South By Southwest: Is It Worth It?