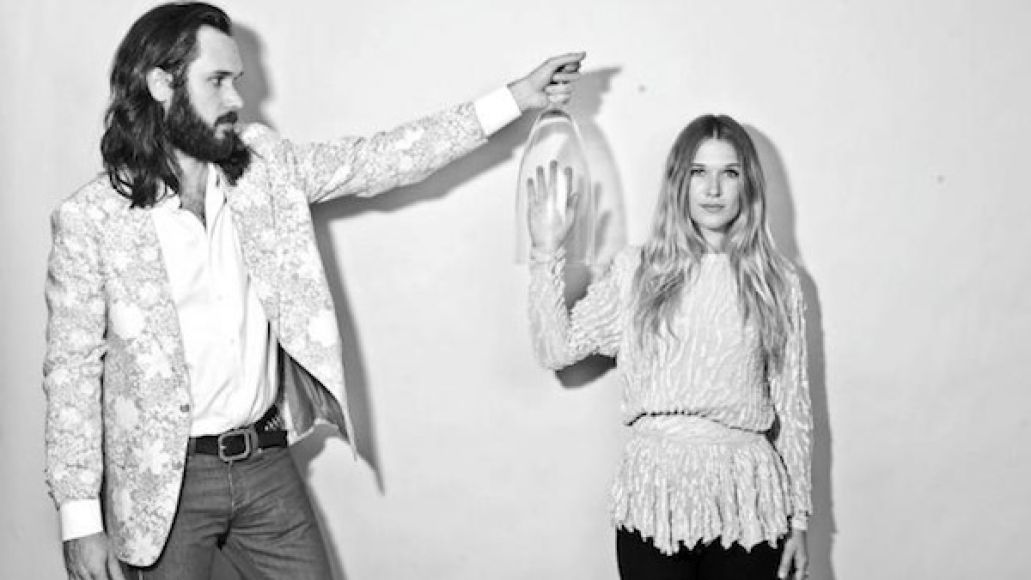 There’s something beautiful in the untamed. Chicago-bred on the blues, duo Wild Belle, comprised of siblings Natalie and Elliot Bergman, have been sweeping listeners off their feet with intricate, reggae-laced jams.

Natalie, the band’s chief songwriter, possesses a distinct vocal style reminiscent of the black-and-white days where soul queens like Byrdie Green reigned with throaty anthems, and her sultry growl is a core instrument in the band’s lineup itself. Wild Belle’s forthcoming Capitol Records debut, Isles, is a rich, melodic treat to the ears — soulful and uplifting while resonating with honesty, stemming from a broken place.

We caught up with Natalie before Wild Belle kicked off a series of shows at SXSW and chatted about snowstorm activities, sibling collaborations, and the dangers (and simultaneous beauty) of falling in love.

Hello! Thanks for chatting with us today. Where are you right now?

No problem. I’m happy to. Right now we’re kind of in the middle of a snowstorm in Chicago. I’m about to fly back to New York tonight.

What do you typically do during a snowstorm?

Make snow angels? [laughs] The city slows down, but yesterday I went out with my friends, and we went to this guitar shop in Chicago called Chicago Music Exchange. It’s this amazing guitar museum. It’s really a beautiful place.

Any guitars you tour with from there?

I can’t really afford any of those guitars. They’re totally mint condition from like the ‘50s and ‘60s. Honestly, it’s kind of an overpriced place, but there’s this Gibson Melody Maker, a small-bodied guitar. I love that one, and I love that it’s called Melody Maker. It’s sweet, electric, and sounds great. I don’t tour with anything from that store. I have a little Fiesta Red Mustang, and sometimes I’ll bring that on the road.

Exclusive Live Performance of “Keep You” at Chicago’s Lincoln Hall

Who knows, maybe in the future you can splurge on the Melody Maker. You guys just toured with Toro y Moi, and Isles is about to drop. So many different genres and disciplines seem to converge with the album, but it’s a little lonely.

A lot of the songs were written out of a lonely heart and a lonely place in my life, but that’s kind of the easiest sort of equation for writing a good pop tune. My heart has to be a little bit swollen for me to release these words. So the lyrics are a little wounded, but some of them have some redemption, and it isn’t so much as “you’re hurting me” but “I’m okay without you.”

Is it painful to revisit these tunes? Or does it become more cathartic as time goes on?

I think it’s a combination. You don’t really move on from your music. But there are times when I feel like the lyrics aren’t as relevant to my life now, as they were three or four years ago when I wrote the songs. You twist it. There are songs that are a particular guy in New York and now a few years later, I can twist it to be about someone else who’s hurt me, or I can tap into my heart a few years ago. Even though you think you don’t want to revisit those feelings and that heartache… it’s fun. And to put yourself in that mindset when you’re singing to an audience makes a performance more dramatic and believable, an emotion that seems raw to them.

Definitely, everyone can identify with an instance of heartbreak. What was the last thing you heard that gave you complete and utter chills?

Hmm, that’s a good one. On the Grammys a few weeks ago, when Mavis Staples came out and sang, you know, “take a load off, Annie,” she was amazing. But when Brittany Howard from Alabama Shakes came out and sang one of the verses of the song, she blew me away. Just fantastic.

Definitely, she’s a phenomenal talent. I had the pleasure of meeting her. We played a show together in Paris. All of the guys that play with her are so rad and fun. I wish them the greatest success, and whatever success means to them, I wish them that.

You guys must have grown up listening to vastly different types of music, from reggae to soul. What’s the first section you beeline to when going to a record store?

The soul and R&B section. Normally I’ll go to the ‘45s. I like spinning ‘45s. It’s fun to DJ them. That’s the first section. New arrivals is a good one, too, especially if it’s clearly just been stacked. You can find newer R&B records there. It ranges from there. Sometimes I’ll go to psychedelic first, or world. But R&B and soul is where I start, almost every time. 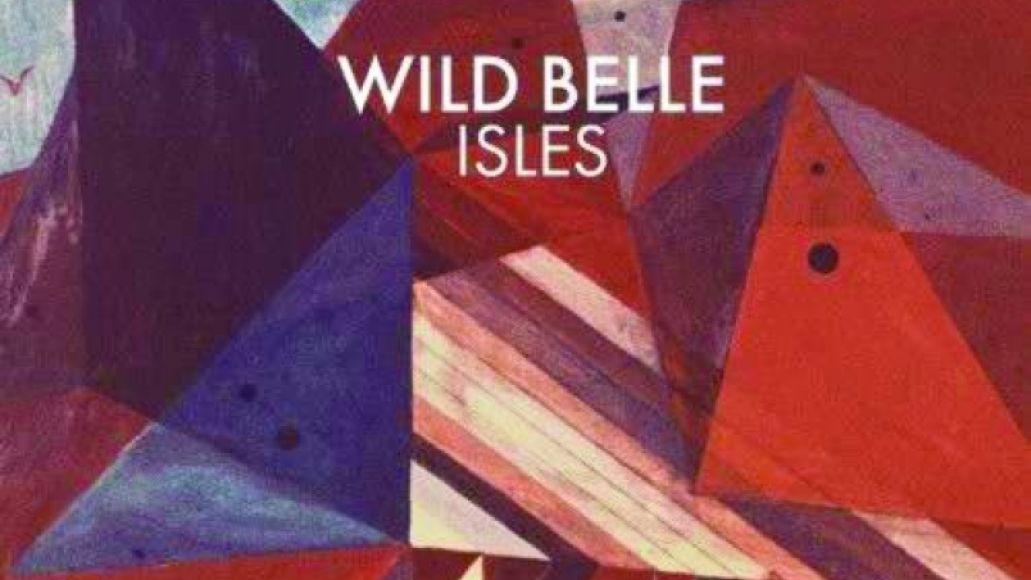 Makes sense. The beating heart of Isles resounds to me as a soulful one. Do you ever find that you and Elliot clash creatively, or can it be a little awkward because of how visceral and personal the themes are that you are exploring?

It’s always a very supportive and encouraging environment when we’re working together. When it comes from my heart, he understands that. He appreciates my lyricism, and he builds off of that, the melody. All in all, it’s a really effortless and creatively freeing process to work with him. I just don’t feel inhibited by him.

In light of the dangerous love that you speak of on Isles, is it still difficult for you to fall in love? Are you more guarded now?

I fall in love all the time, and then at the same time I guard my heart. That’s just kind of the person I am. I’m a loving person. I have love for people, and we’re making music because we want to touch people’s souls, shake them up a bit. But mostly I want to inspire people with my music. I’d say that goes with my relationships that are non-musical as well. It’s rewarding.

How do you think your sound has evolved since you first started to record?

I’ll call myself the queen of Garageband. I’ve made so many freaking demos on Garageband. My brother gave me this Pearl drum for Christmas a few years ago, so I would make some drums loops and maybe put some electric guitar over it, then go crazy on these demos. And I love them and hope someday I can release them. Right now our sound has evolved so much from that, mostly because of Elliot’s insane ability to envision a tiny skeleton and give it a body and give it life. He’s an outstanding musician and has an outstanding skill set. He studied jazz growing up and has an amazing ear. The songs have evolved into this beautiful thing, greatly due to him.

From what I’ve read, you guys grew up in very supportive musical environments in Chicago. You’re in Brooklyn now. How has the shift been? Is it on a vastly different plane?

Chicago and New York are two outstandingly exceptional cities, and I consider them to both be my home. People come to Chicago for music just as much as they do New York, especially with the blues artists that are from here. That’s one of the biggest roots of music, I think. So I feel very connected to that area of Chicago. And New York is filled with all sorts of music too. They’re equally as inspiring. I like to be in New York because there’s an overall energy that it is a little bit competitive, and a little thrilling, and it’s just so alive all the time. That’s how I survive.

What is a record you wish you could have made?

There’s so many good ones! How about Paul Simon’s Graceland?

Sounds good to us.