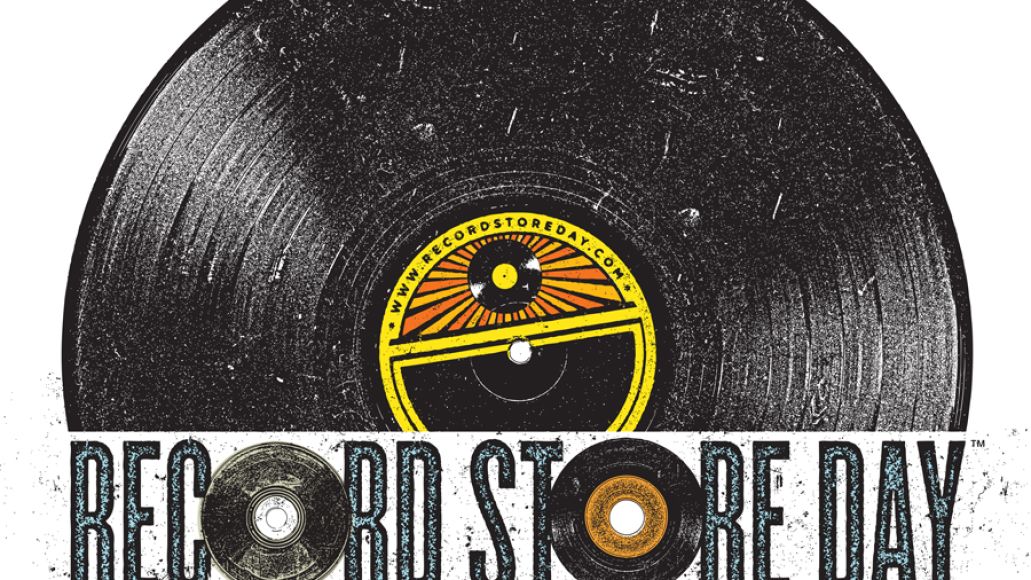 Record Store Day has revealed the full list of exclusive releases available for its 2013 edition (April 20th). Already this year promised new or unreleased music, reissues, and other rarities from The White Stripes, The Flaming Lips, The Black Keys, MGMT, Tame Impala, At the Drive-In, Deftones, Ryan Adams, Dan Deacon, The Hold Steady, Built to Spill, and Stephen Malkmus. Here are some of the other notable releases:

The Black Lips will team with Icky Blossoms for a split 7” limited to 1,000 copies. The former covers Willie Nelson and Waylon Jennings’ version of “Mamas Don’t Let Your Babies Grow Up to be Cowboys” while the latter takes on Siouxsie & the Banshees’ “Arabian Knights”.

Bob Dylan will sample his forthcoming Bootleg Series Volume 10 with a double-sided single featuring a demo version of “Wigwam” from 1970’s Self Portrait b/w “Thirsty Boots”, an unreleased track from that album’s recording sessions.

Daniel Johnston’s album Fun will be available on 12″ vinyl for the first time, limited to 2,000 copies.

David Bowie will present the first vinyl single off of The Next Day: “The Stars Are Out Tonight” b/w “Where Are We Now?”. In addition, Bowie’s 1973 single “Drive-In Saturday Night” will be issued on 7″ picture disc b/w the Russell Harty Plus Pop Version of the song.

Destroyer will release a limited edition vinyl pressing of 2002’s The Night. It’s available on vinyl in the U.S. for the first time and limited to just 2,000 copies worldwide.

Free Energy will release a 7″ featuring their single “Love Sing” backed by an unreleased track.

Gil Scott Heron and Brian Jackson’s collaboration “The Bottle” will be reissued on 7″ green vinyl.

Grizzly Bear will reissue their 2004 debut album, Horn of Plenty, on vinyl from Kanine Records. Limited to 1,200 copies.

GZA will release a vinyl box set of his legendary album Liquid Swords, featuring bonus material and a chess set packaged in a 12 x 12 box.

The Hold Steady will release a 7″ single featuring two unreleased tracks: “Criminal Fingers” and “The Bear & the Maiden Fair”.

HÃ¼sker DÃ¼ will unveil a double 7″ of their earliest recordings from a 1980 session at Minneapolis’ Blackberry Way Studio: “Amusement” b/w “Statues” and “Writer’s Cramp” b/w “Let’s Go Die”. Only 4,000 copies will be available.

Jandek will be the subject of a vinyl box set compiling three releases: Chair Beside A Window, Six and Six, and Ready For the House. Limited to 500 hand numbered copies.

John Coltrane’s previously unissued 1961 performance at the Newport Jazz Festival will be available on 12″ vinyl.

Moby will team with Mark Lanegan for the release of a new song titled “The Lonely Night”, which will be available on 7″ vinyl.

Mumford and Sons will release a 10″ vinyl featuring songs from an in-store performance at Bull Moose in Scarborough, New Hampshire.

The Notorious B.I.G.‘s debut album Ready to Die will be reissued on limited-edition 12″ white vinyl.

Phish will reissue their sophomore album, Lawn Boy, as a 12″ deluxe edition.

Phoenix will release the title track to their forthcoming Bankrupt! on grey 7” vinyl. The record comes with a 3” cloth patch.

Portugal. the Man will reissue their sophomore album, Church Mouth, on bone colored vinyl, numbered and limited to 500 copies.

Pulp will release a limited edition 12″ featuring their new single, “After You”, along with a remix of the track by Soulwax and the band’s own “The 4am Desperation Disco to Disco Dub Version”.

Roky Erickson’s single “Mine Mine Mind” (b/w “Bloody Hammer”) will be reissued on psychedelic swirl vinyl. It’s limited to just 4,000 one pressings and features the single remastered from its original tapes.

Rhye’s single “Open” will be available on vinyl for the first time, backed by a previously unreleased live version.

Rocket From the Crypt will reissue Live From Camp X-Ray and Group Sounds on 12″ vinyl.

The Rolling Stones’ Five by Five EP will be available on 7″ vinyl for the first time since 1964.

Sigur Rós will reissue their sophomore album, ÃgÃ¦tis byrjun. Out of print in the U.S. for several years, this new pressing is limited to just 1,000 copies.

Soundgarden will release a 10” featuring demos from their King Animal reunion album.

South Park fans will have a chance to grab the Kanye-mocking “Gay Fish” and the Jason Russell-mocking “Jacking-it in San Diego”. The 7” picture disc is limited to 2,000 pressings.

The Thermals will release a 7” EP containing demos from their latest record, Desperate Ground. Only 1,000 copies will be available.

Thurston Moore will release a 12″ featuring a pair of collaborative performances with Loren Connors.

Titus Andronicus will deliver a three-track 12” containing Local Business’ “Still Life with Hot Deuce and Silver Platter” plus a pair of unreleased tracks: “(I’ve Got a) Date Tonight” and “The Dog”. Limited to 2,500 pressings.

The xx’s Jamie xx will release 4,000 copies of a 12” containing his personal edits of some of the band’s music.