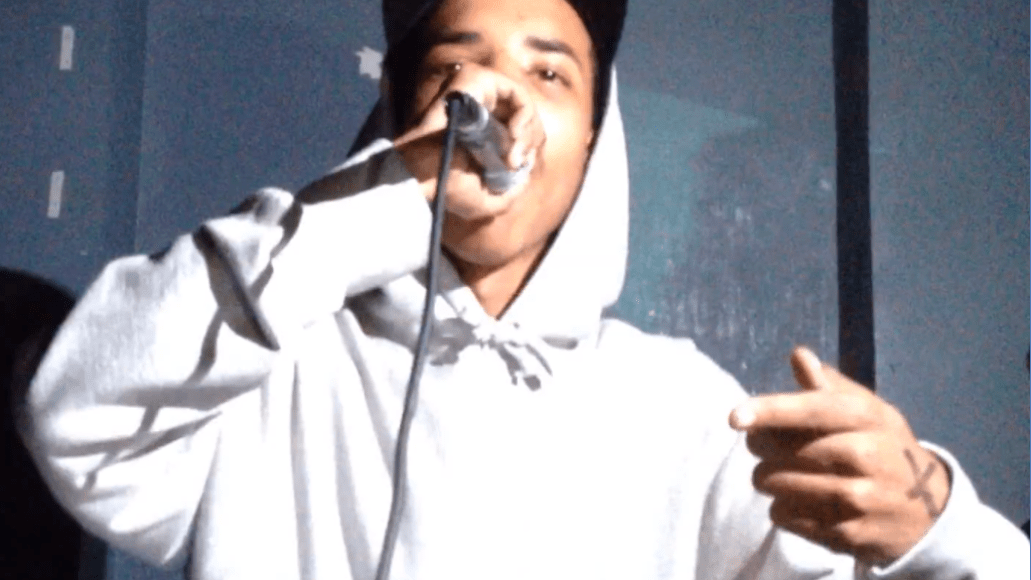 Earlier this week, Earl Sweatshirt made a surprise appearance during Flying Lotus’ show in Los Angeles and proceeded to debut three new songs: “Burgundy” (produced by Pharrell Williams), “Hive”, and “Guild”, which saw Earl joined by Mac Miller. Watch fan footage of the performance below (via Pitchfork).

Presumably, all three tracks are taken from Earl’s long-awaited full-length debut, Doris. “Chum” serves as the album’s lead single, and the video for another album track, “Whoa”, is expected to drop next week.

Also next week, Earl will play a string of shows at South by Southwest, followed later this spring by slots at Coachella and Sasquatch!.