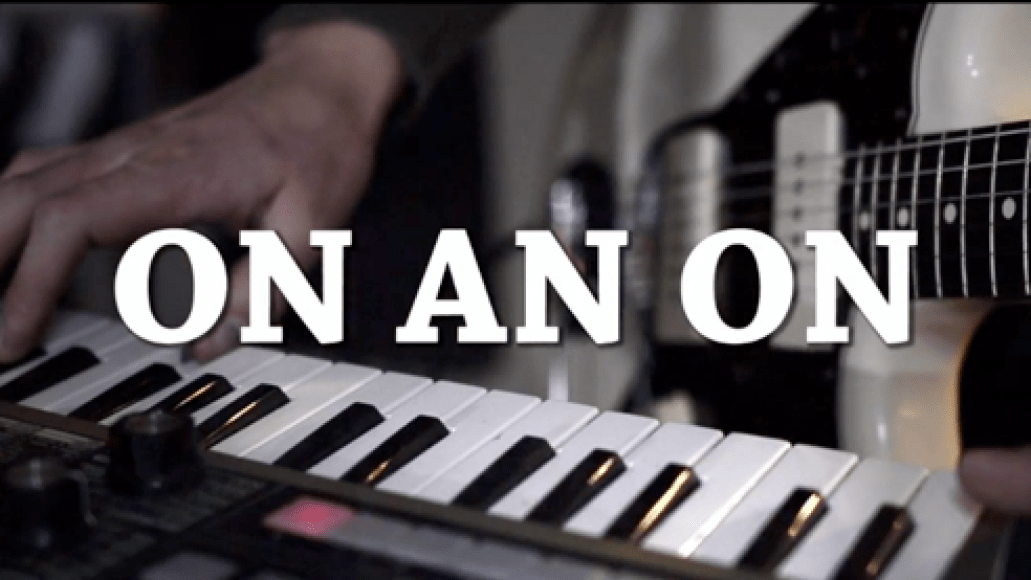 When ON AN ON formed out of the ashes of Scattered Trees, they “cast off the gloom” of the former outfit. Their debut under the new moniker, Give In, saw the trio carrying a lighter tone throughout. At the same time, they upped the shimmer on the synths and wrapped it all in a dreamy layer of gauze. During a recent stop at Portland, OR’s KZME FM for the station’s Sessions from the Box series, ON AN ON channeled both periods of their musical career for a cover of Hot Chip’s “And I Was a Boy From School”.

The band’s version stays remarkably close to the original from 2006’s The Warning. The ear-worming repetition of the synths and the echo-y haunt of the lyrics remain nearly unchanged – that is, until right at the end. It suits ON AN ON well, containing the more electronic elements of their current outfit as well as the melancholic lyricism of their former. Check out the video below.

ON AN ON’s debut, Give In, is available now from Roll Call Records.