With just under a minute remaining on “Entertainment”, the first track and lead single off Phoenix’s latest album Bankrupt!, we arrive at the bridge. The bridge consists of one long syllable, “ohhh”, set loose above synthesizers and a metronomic bass beat. Given the track’s structure and golden Hollywood pop gloss feel, this moment should absolutely be the big and catchy shout-along climax to an already big and catchy single – and for a second, it sounds like it will be. But then it starts to drunkenly amble up and down on an arbitrary rhythm, hitting no less than 50 notes inside 20 seconds and rendering itself less a shout-along and more a chance for frontman Thomas Mars and his bandmates to share a private chuckle from the stage at fans who will surely botch it at shows. It’s a rude fake-out — the kind of fake-out Phoenix doubles down on throughout their fifth studio album.

Mars has been forthcoming about his departure from feeding the dopamine receptors of his fans: “The brain wants to hear things that are familiar, it wants comfort, it wants references. And what we’re looking for is exactly the opposite,” he said about writing Bankrupt! in a recent interview with Fader. “Exactly the opposite” is quite the stretch for a band as historically comforting to hear as Phoenix, no matter what shoes they’ve tried wearing. Even on their eclectic 2000 debut, United, when Mars first unveiled his talk-sing voice over arrangements that fell anywhere between dead-earnest disco and punk, you knew the guys. But on their last effort in 2009, Wolfgang Amadeus Phoenix, they whittled those personalities down to their most focused collection of pop songs yet, earning themselves a huge breakthrough and validation from major festivals, the Grammy committee, Saturday Night Live, etc.

Opting out of another shot at those accolades, Phoenix leave Wolfgang on the podium and aim for their most curious collection with Bankrupt!. The two albums share mostly the same ingredients – same lineup, same instruments, same length, same co-producers in themselves and Philippe Zdar – but this time, they nuke the “pop” element at its core. Bankrupt! is by far the band’s most disruptive listen, repeatedly teasing a safe Wolfgang follow-up before pivoting on its own heels, sometimes headed towards more challenging ground, and sometimes finding themselves rather lost.

Consider “Oblique City”, the album’s other bookend and most blatant example of this contortion. It opens with a candy-coated blend of bouncing keys, Mars’ falsetto skips, and a sunshiny melody that some of the more hard-edged Phoenicians might find a little soft. And then a harsh key change barges in, and the whole thing turns into mud. And then it fades out with a minute of an acoustic guitar, otherwise completely absent on Bankrupt!, twinkling away like nothing just happened. Even if it’s exactly what they intended, it’s reasonable grounds for one-and-done listening.

Yet for every “oblique” moment on Bankrupt!, there’s a redeemer nearby to persuade “1901” loyalists to just hear them out. “Chloroform”, for one, presents an alternative route they could have spent a whole album pursuing if they wanted: one that employs a contrast between crystal-vivid fidelity and dirt-low bass synths to flavor R. Kelly-informed slow jams. But Bankrupt!’s true show-stopper arrives at “Bourgeois”. Much like “Choroform”, it cranks both tension and tempo down a few notches, clearing the way for Mars’ voice to attack its perfect hook with grace and gusto, as free as it’s ever sounded.

This isn’t the first time we’ve seen such a sharp deviation on a post-blowup album from an international synth-pop sweetheart in recent memory. A crude comparison can be made in the transition between Oracular Spectacular and Congratulations by MGMT, another group that’s displayed both a readiness and reluctance to head a new pseudo-class of modern indie rock ambassadors to dance music circles. Bankrupt! could end up the most anti-pop pop album of the year, which is exactly as confusing as the album sounds at times. But if the choice was between confusing or boring and safe, Phoenix made the right call. 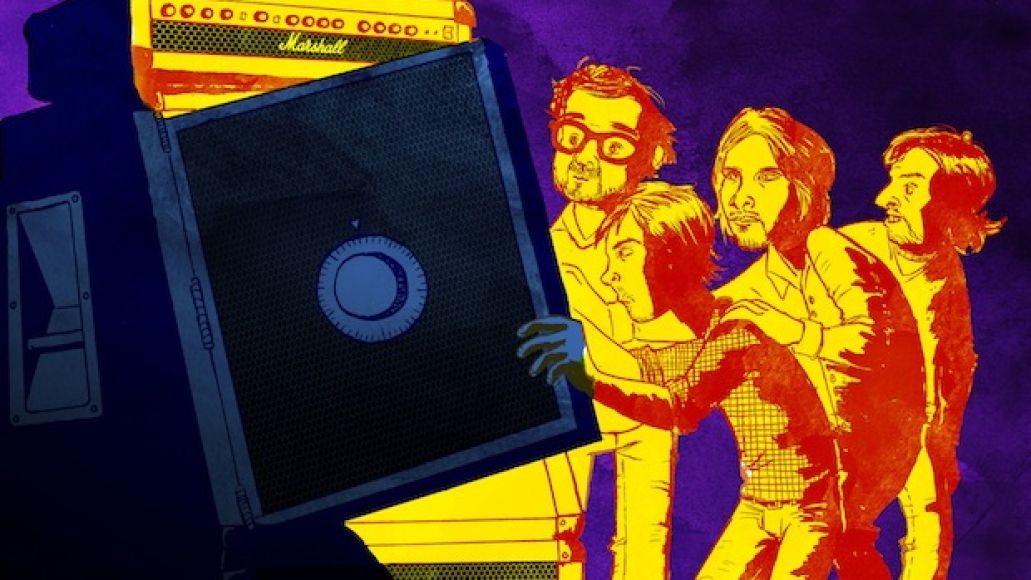