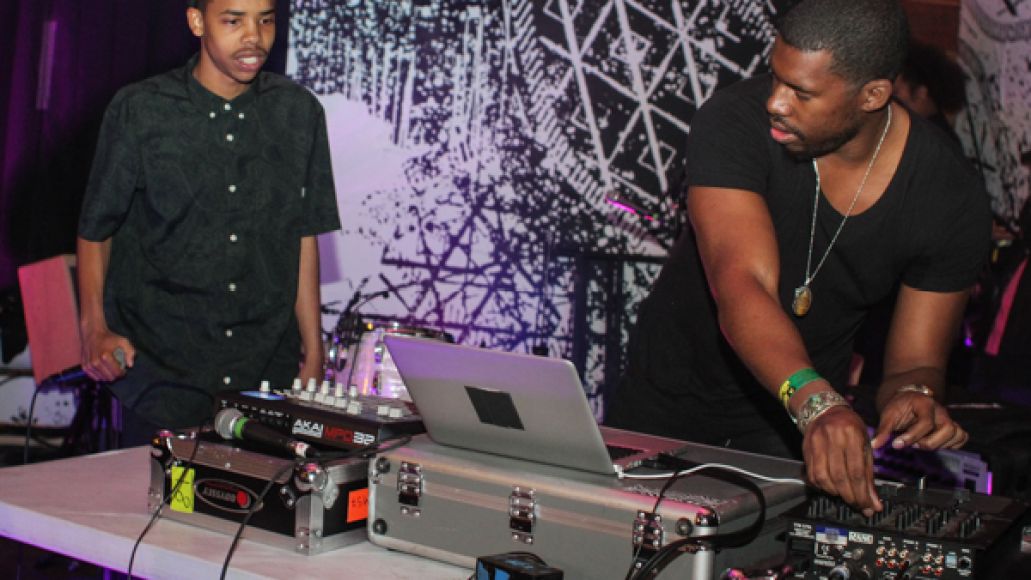 Do you think Flying Lotus keeps track of his various projects with pen and paper, or might he be an Excel spreadsheet type of guy? One way or another, Steven Ellison currently finds himself involved in at least nine different projects, as he revealed on Twitter last night. Among them:

— A new mixtape from his hip-hop alter ego Captain Murphy titled V, which will features collaborations with Hudson Mohawke, Madlib, and Jeremiah Jae.

— A jazz project involving Herbie Hancock and Thundercat, among others.

— Mac Miller’s new single, “S.D.S.”, which Flying Lotus also produced. Ellison added that an instrumental version of the song will be revealed “soon.”

— Flying Lotus’ ongoing North American tour, which will be followed later this summer with appearances at Boston’s Together, Los Angeles’ HARD Summer Music Festival, and Japan’s Fuji Rock Festival, among others festivals.

— A compilation to mark the fifth anniversary of his record label Brainfeeder. What’s more, he’ll stage two performances during the NYC’s Red Bull Academy of Music later this month, including a Brainfeeder session with special guest DJ Low Down Loretta Brown (AKA Erykah Badu).

— Contributions to a new album by drum & bass legend Goldie.

— And, as we just learned recently (via SPIN), he’s making a new theme song for Adult Swim’s Aqua Teen Hunger Force. “[Aqua Teen creator] Dave Willis hit me up one day and asked if I was interested and I told him that it had to be me. We decided on the track but the words have to be put to it. Gonna finish it really soon. Thundercat is on it too, and maybe a guest vocal.”

Flying Lotus is the most prolific musician alive. No, really!