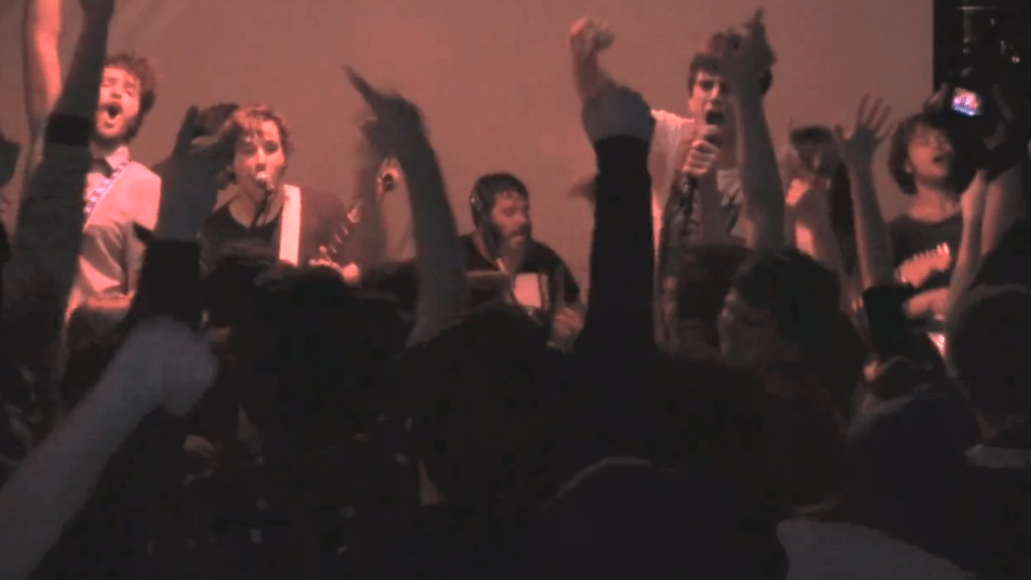 Without a doubt, Diarrhea Planet was the best band I saw during this year’s South by Southwest. In fact, I’m thoroughly convinced they’re the best band currently in existence, possibly ever. And, no, this isn’t just because their name is Diarrhea Planet (that’s like reason #32 why they’re great). These Nashville rockers boast four guitarists who shred so hard and fast that their kinetic energy could probably power an entire city block. They have a pretty great catalog of originals (“Ghost With a Boner”, ftw!), but goddamn can they do a cover song justice. Titus Andronicus frontman Patrick Stickles is a noted Diarrhea Planet fan and collaborator, who also shares many of their same tremendous qualities, and during a recent show at Brooklyn’s Shea Stadium (home to another one of our favorite bands, So So Glos), Diarrhea Planet and Patrick Stickles joined forces for what may be the greatest cover of Bruce Springsteen’s “Born to Run” ever captured on film.

Ladies and gentlemen, rock and roll is still alive and well.

Here's the greatest cover of "Born to Run", courtesy of Diarrhea Planet and Patrick Stickles