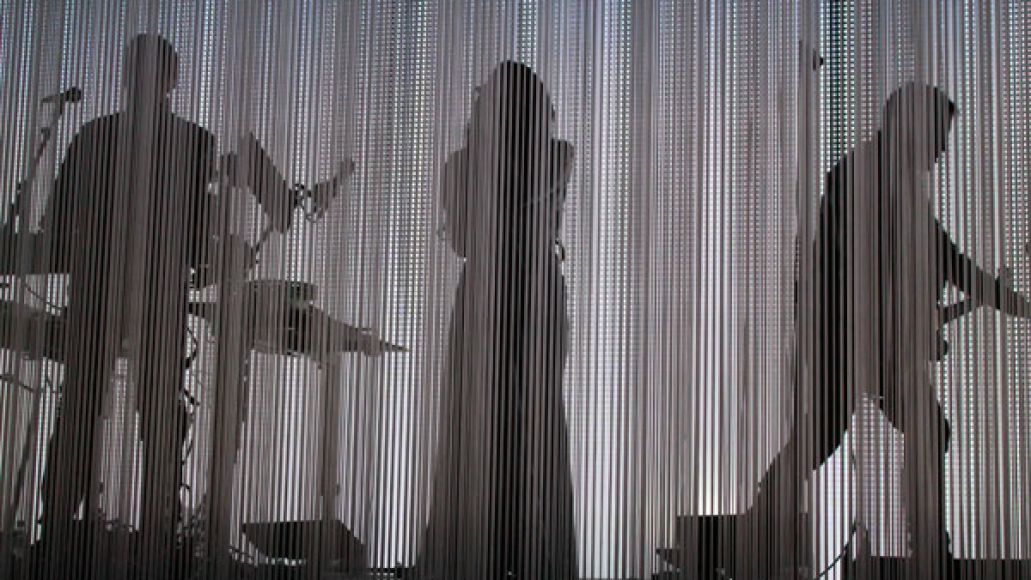 When DIIV took the stage at Pomona’s Fox Theater on Wednesday night, they had little space to play thanks to a privacy curtain that obscured the mysterious live setup of the night’s main attraction, as if opening for the debut performance of a Trent Reznor project weren’t enough of a challenge. DIIV relished the challenge of performing in a space that offered four feet of depth, though, and over the course of 30 minutes established themselves as the rare support act that can outshine most headliners.

DIIV is physically based in Brooklyn, but the band’s heart took residence in Seattle last night. For half an hour, the quartet drew upon their stellar Nirvana-channeling debut, Oshin. In between sunny, grunge pop melodies, frontman Cole Smith cracked jokes about their own nonexistent light show and declared a switch to their darker side in honor of the upcoming How to Destroy Angels performance. To make the event special for them as well, DIIV closed with the rarely-played “Dream” and new song “Dust”, which seized the band’s familiar irresistible guitar licks and swirled them into a typhoon of psychedelic noise. “Dust” wordlessly declared that the best of DIIV is still yet to come. 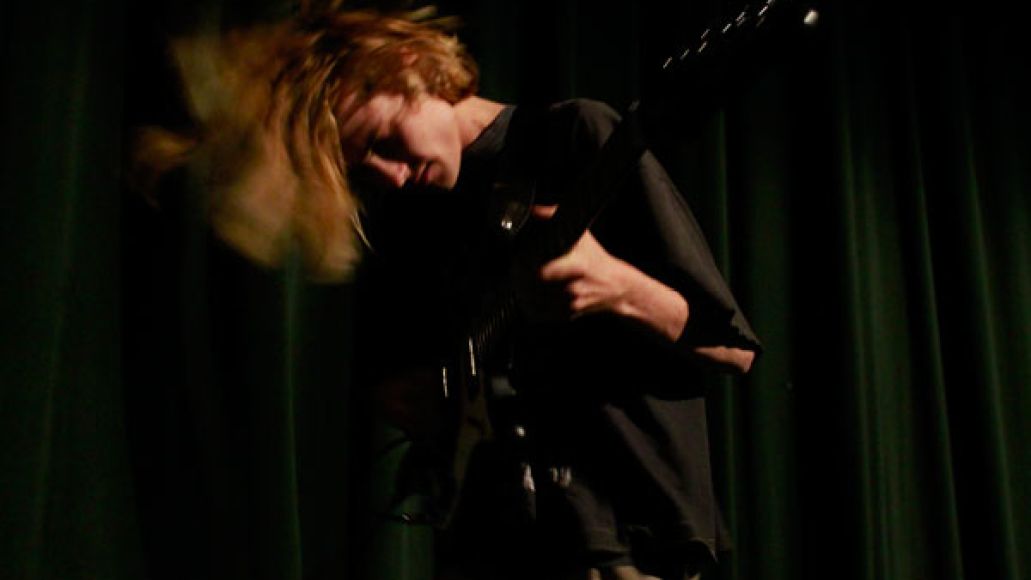 Finally, How to Destroy Angels took the stage for the first time after three years of anticipation. The veil of secrecy was lifted (sort of), revealing a quintet of silhouettes enveloped in a field of incandescent strings, which scaled about two stories in height. This blinding holy vision on opener “The Wake-Up” offered a striking contrast to both the songs’ dark electronic textures and the sight of a crowd clad predominantly in black Nine Inch Nails and Tool T-shirts.

Perhaps as a way to shift focus onto the light show rather than the band, it wasn’t until after the set’s three songs (ahem, the exact number of songs photographers receive in the photo pit) that the projection-hungry fiber optics parted to fully reveal the familiar faces. Paranoia over the acceleration of technological evolution and how it warps communication runs rampant throughout their full-length debut, Welcome Oblivion, and the onslaught of sight and sound on the live stage induced a similar sense of dread, overloading the senses at times. 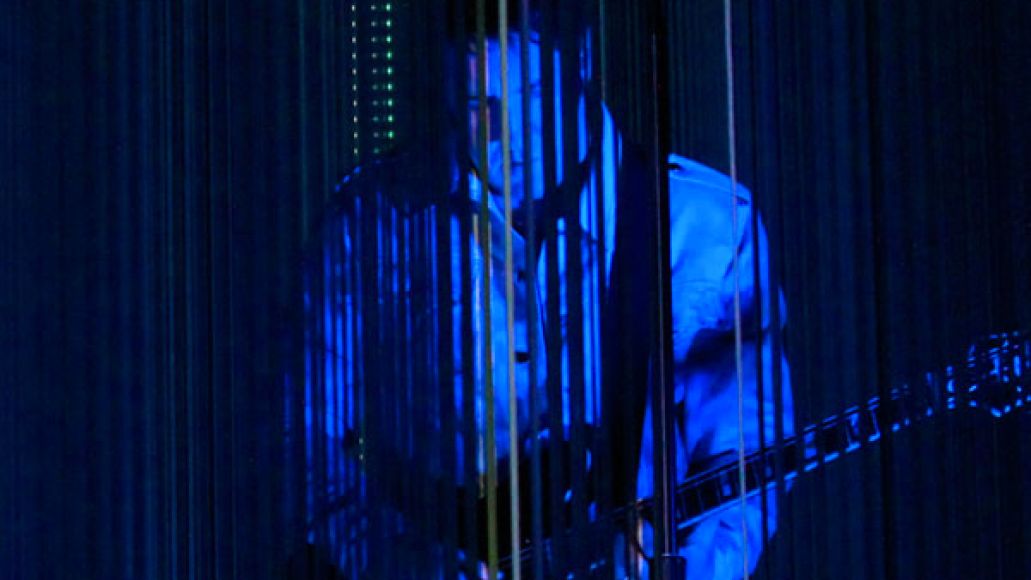 The live production also soothed with moments of beauty, making oceanic visuals more appealing than expected from a song titled “A Drowning” and left jaws agape with three-dimensional layered projections during “BBB”. More of an art installation than a concert light show, the How to Destroy Angels live experience is a technological marvel on par with tours from Sufjan Stevens, The Knife, and even Nine Inch Nails.

During the opening numbers, fans screamed with delight whenever Reznor opened his mouth, but by night’s end, this was no longer the case. The true star of the evening proved to be Mariqueen Maandig Reznor. Vocally, Maandig ran the gamut from ethereal (“Ice Age”) to soaring pop perfection (“How Long”), as well as bringing her own brand of discordance to industrial clatterers (“Welcome Oblivion”). West Indian Girl had the right idea when they recruited Maandig as a singer in 2004, but now with How to Destroy Angels, her versatility and charm were a long-due revelation to a wide audience.

Setlist:
The Wake-Up
Keep it Together
Parasite
And the Sky Began to Scream
Ice Age
The Believers
How Long?
Welcome Oblivion
BBB
The Space in Between (Sonoio remix)
Fur-lined
The Loop Closes
A Drowning
Encore:
On the Wing
Strings and Attractors
We Fade Away
—

“The Space In Between” (Sonoio Remix):

Live Review: How to Destroy Angels at Pomona's Fox Theater (4/10)