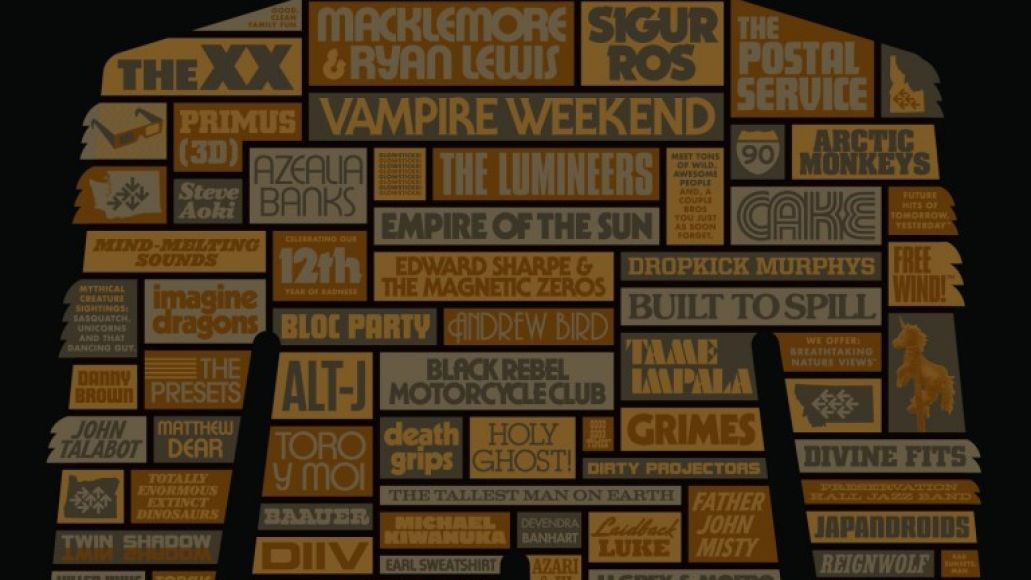 Coachella gave attendees 72 hours to formulate a schedule. Sasquatch! is a lot more generous: the festival has unveiled its schedule some 43 days before gates open at The Gorge.

So how’s it look? Friday is pretty light in terms of conflicts, though Vampire Weekend does conflict with Matthew Dear, Arctic Monkeys play opposite Youth Lagoon, and Built to Spill overlaps with Father John Misty.

On Saturday, do you see The xx, John Talabot, or Surfer Blood? Andrew Bird or Devendra Banhart? Bloc Party or Porcelain Raft?

Sunday also offers a few tough decisions: The Tallest Man on Earth, Fang Island, or Wild Belle? Danny Brown, DIIV, or Hundred Waters? And though I can’t imagine there being much of an overlapping fan base, having to chose between Elvis Costello and Killer Mike is not easy.

The festival’s fourth and final day include some of the biggest conflicts: Death Grips overlap with Azealia Banks, as do Twin Shadow and Disclosure, The Postal Service plays opposite Rusko, and Toro Y Moi is up against Menomena.

Sasquatch! takes place May 24th-27th in George, Washington. Tickets are officially sold out, but you may want to stay tuned because we have a pair of four-day passes lying around.