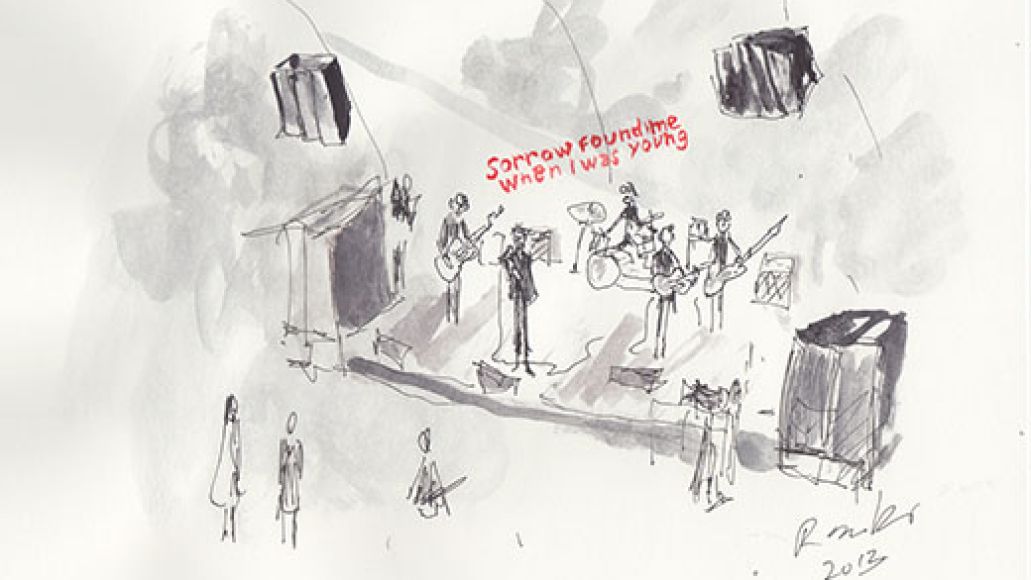 The National are already considered a New York institution by many. Now, the Cincinnati-turned-Brooklyn outfit will prove it on Sunday, May 5th with a new installment at the city’s MoMA PS1, where they’ll perform the High Violet track “Sorrow” for six hours straight.

Such insanity is part of an original work by Icelandic artist Ragnar Kjartansson titled A Lot of Sorrow. The museum’s official site expands upon the piece, writing: “By stretching a single pop song into a day-long tour de force the artist continues his explorations into the potential of repetitive performance to produce sculptural presence within sound.”

Attendees will have an opportunity to watch the band perform inside the PS1’s VW Dome ”for a few minutes at a time, but the audio will be audible in the courtyard,” as the band’s newsletter notes.

The event takes place on May 5th from noon until 6 p.m. Tickets are currently on-sale here. Create your own version of the installment by streaming the track below for the next six hours.

Meanwhile, The National’s new album Trouble Will Find Me is due out May 21st via 4AD, and features Sufjan Stevens, St. Vincent’s Annie Clark, and Sharon Van Etten, among others. Pre-orders are ongoing.