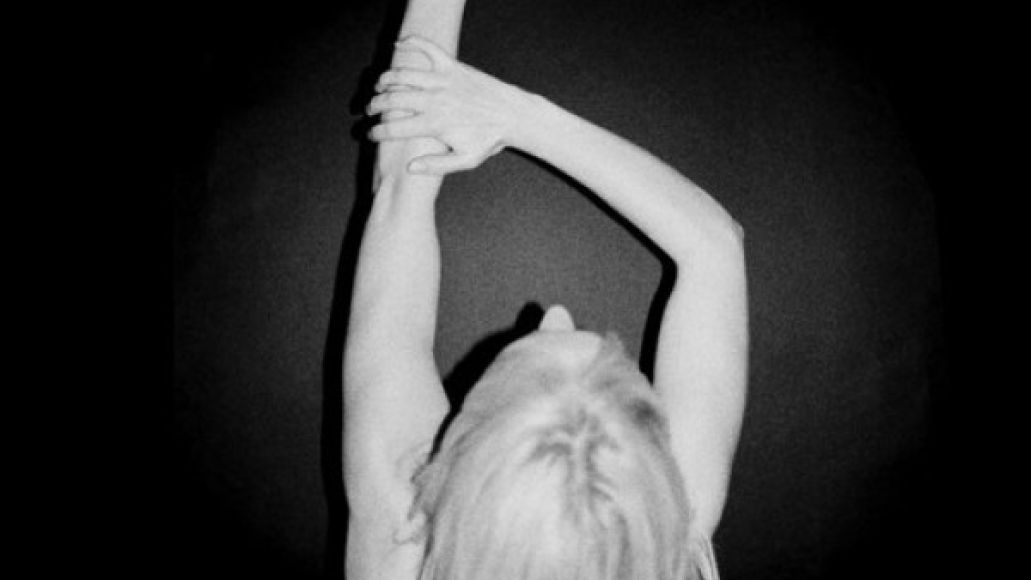 With every subsequent album, UK songstress Laura Marling develops as a songwriter; her folk songs, once sparse and minimal, are now jagged and volatile. New cut “Master Hunter” sees Marling in her acoustic element during verses, but the choruses rattle and quake with drum crashes and rhythmic syncopations. “I am a master hunter,” she warns, as if the intensity weren’t already conveying it. As a lyricist, she’s becoming increasingly bitter and more concrete. Marling’s forthcoming album, Once I Was an Eagle, is out May 28th via Ribbon Music.-Jon Hadusek 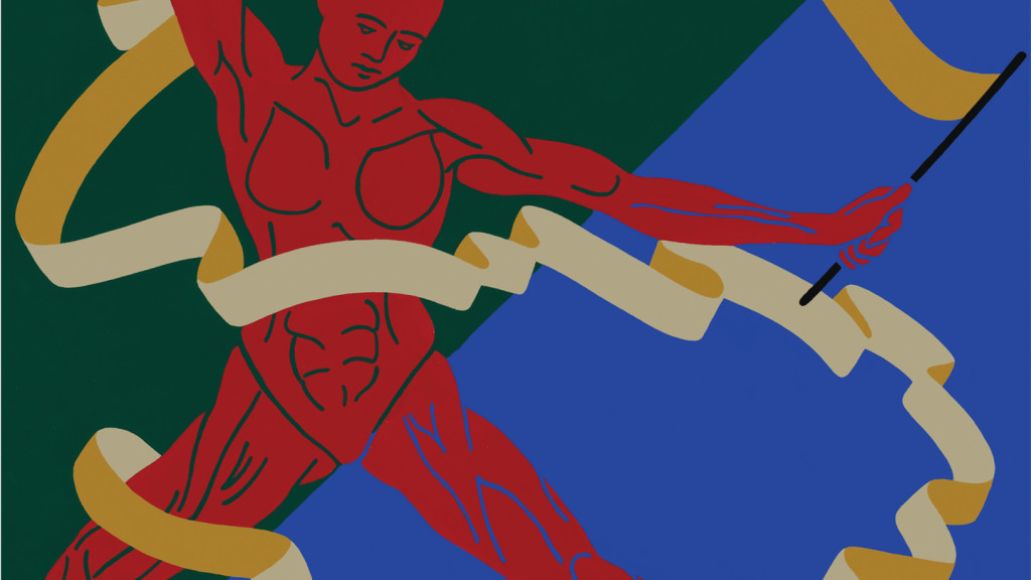 Liturgy’s Hunter Hunt-Hendrix flexes some new muscles in his work with Survival, yet manages to find a new route that arrives at eerie intensity. “We sing for everyone,” the trio intone monastically on “Since Sun”, a preview of their upcoming self-titled LP. But rather than churning, ecstatic metal, the chant hovers atop a repeating acoustic guitar figure, evenutally joined by a shaker and a low tom. It’s unclear what Hunt-Hendrix, Greg Smith, and Jeff Bobula are doing out there in the woods around that fire, but it’s something impossible to turn away from. Survival will start haunting your dreams on May 14th, thanks to Thrill Jockey. -Adam Kivel 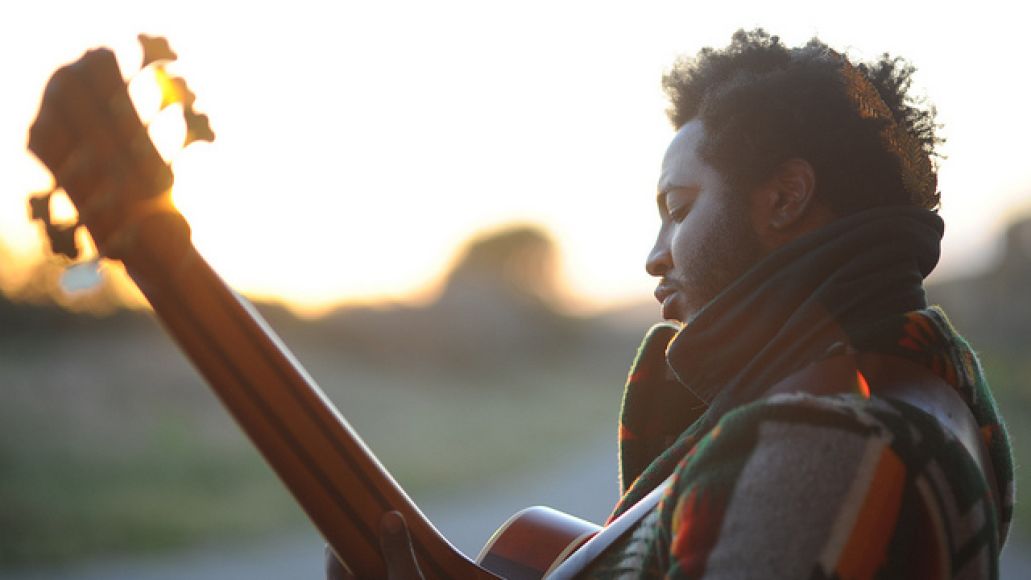 “Can’t let the love stop flowing from me to you,” Thundercat (known to the government as Stephen Bruner) coos on “Heartbreaks + Setbacks”, the lead single from his upcoming LP, Apocalypse. Bruner’s virtuosic bass licks mingle with Brainfeeder cohort Flying Lotus’ starlit electronic squeaks, all as his impassioned lyrics insist that his love is strong and true. He’s willing to work through it all to prove that fact, and the slippery rhythms, sultry oohs, and open-hearted lyrics seem like they should do the trick. The silky smooth bass outro cools everything off perfectly, the sun setting sweetly. Brainfeeder is set to drop Apocalypse on July 9th. -Adam Kivel 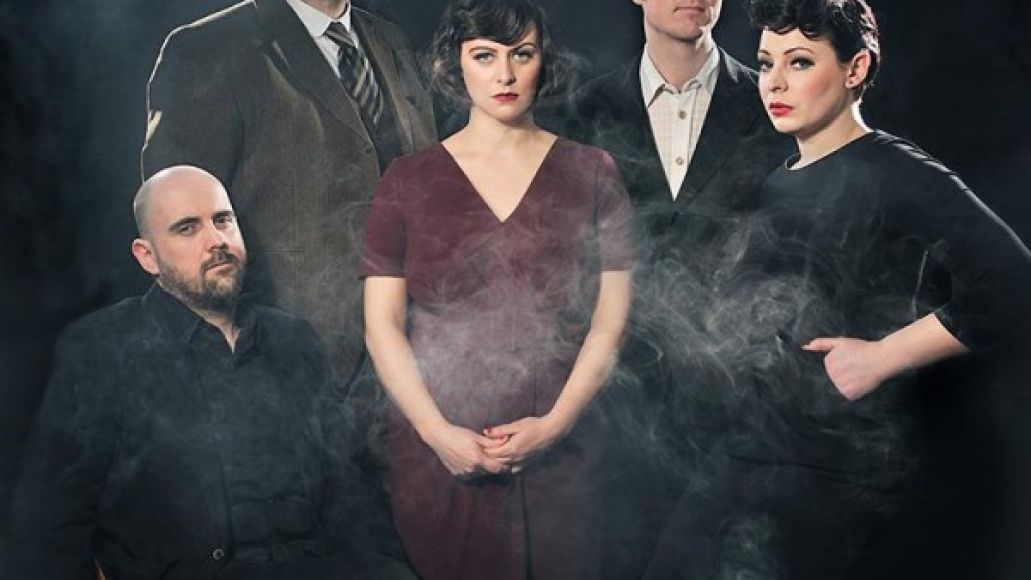 Glaswegian heavy-hitters Camera Obscura are set to return with their first album in four years, and early taste “Do It Again” features more of their heartstring-pulling ’90s indie pop. Tracyanne Campbell’s request that you “call her number” leads to a desired follow through on the song’s title, an already compelling request made even more pulse-racing thanks to a slick guitar lead and skipping drum work. This saccharine song will warm you up like a belt of hot chocolate, with a shot of something stronger mixed in to match the intoxicating charm of the harmonies. Desire Lines will hit UK shelves on June 3rd (and one day later in North America) via 4AD. -Adam Kivel 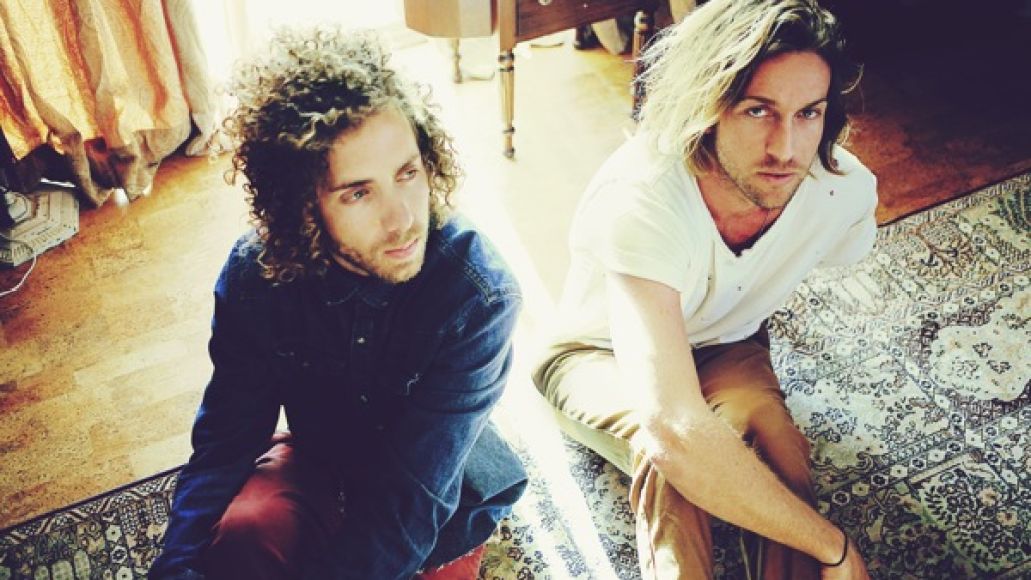 Chris Hess and Adam Winn, formerly of The Bastard Lovechild of Rock and Roll, might have changed their name to SWIMM, but their spacey garage rock remains intact. On “Tisk Tisk”, the duo evoke a more ‘out there’ version of the Black Keys, romping through acid-rock guitar licks and bluesy chord progressions. Particularly noteworthy are the track’s buildups and drops (of which there are many on this expansive track), which Hess and Winn have perfected since their Le Blorr days. Their debut EP as SWIMM, Feel, is due April 23rd. -Jon Hadusek 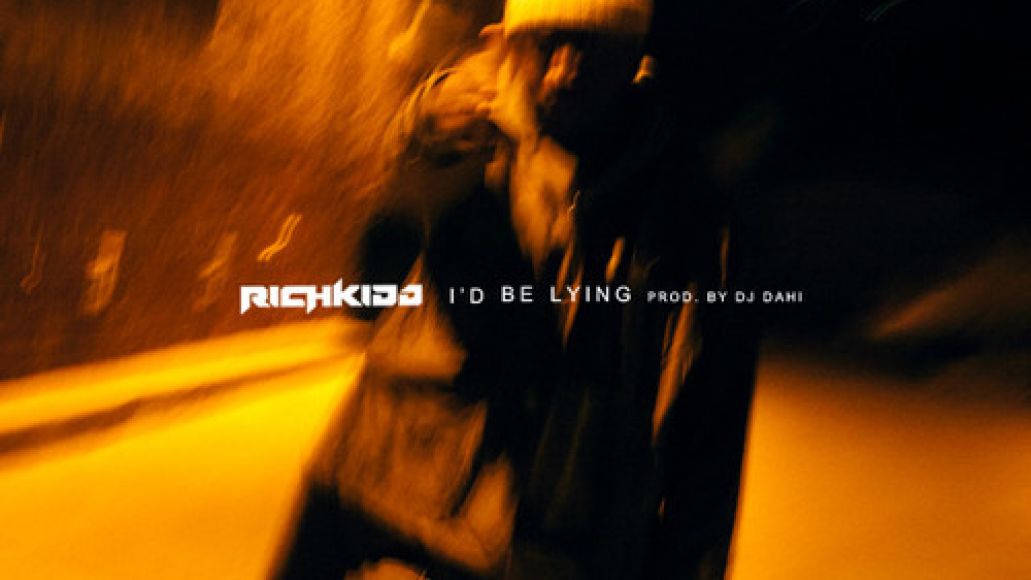 Producer-turned-rapper Rich Kidd takes us inside the confessional booth on “I’d Be Lying”, a twinkling cut off of his recently released In My Opinion mixtape. After admitting to dealing coke, smoking, and more, it’s honesty in rap and lost love that land at the top of the list. “Why the fuck it gotta hurt like this?” the Torontonian asks after digging into his past, all while DJ Dahi lays down a bed of glitching high end, haunted child choir samples, and a thumping beat. Describing the track, Kidd explains: “The same way you got to live with regrets, you also have to live with the truth.” Amen. -Adam Kivel 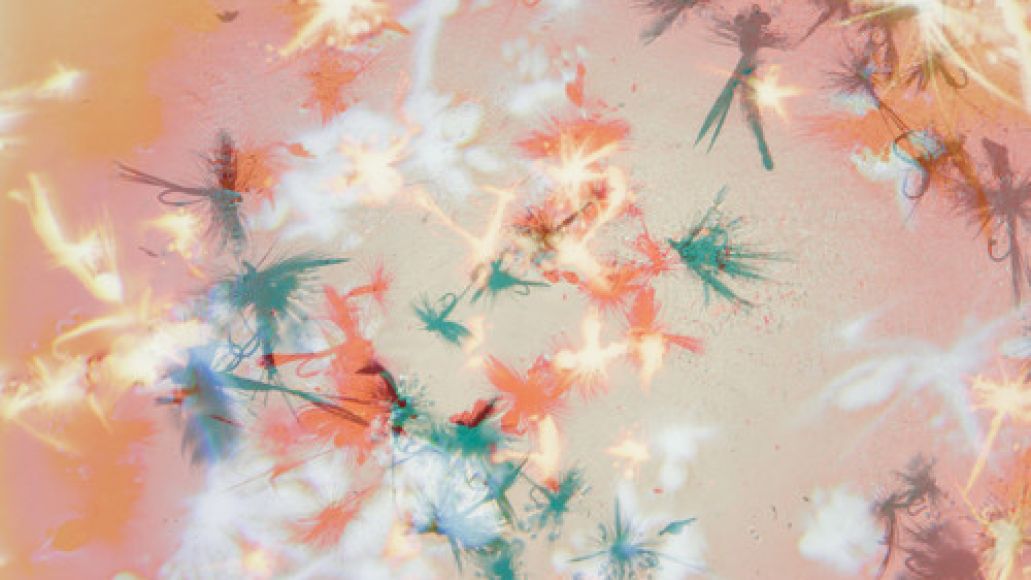 Bibio gets vintage on “You”, grabbing soul samples and snappy drum beats from ’70s wax and cutting them into a million pieces. The samples sputter in and out like they’re being toggled via an overactive radio dial; the various sounds move unpredictably, but never stray from track’s pulsing tempo. There’s more of a hip-hop vibe here, as compared to the soft patter of Bibio’s last LP, Ambivalence Avenue. -Jon Hadusek 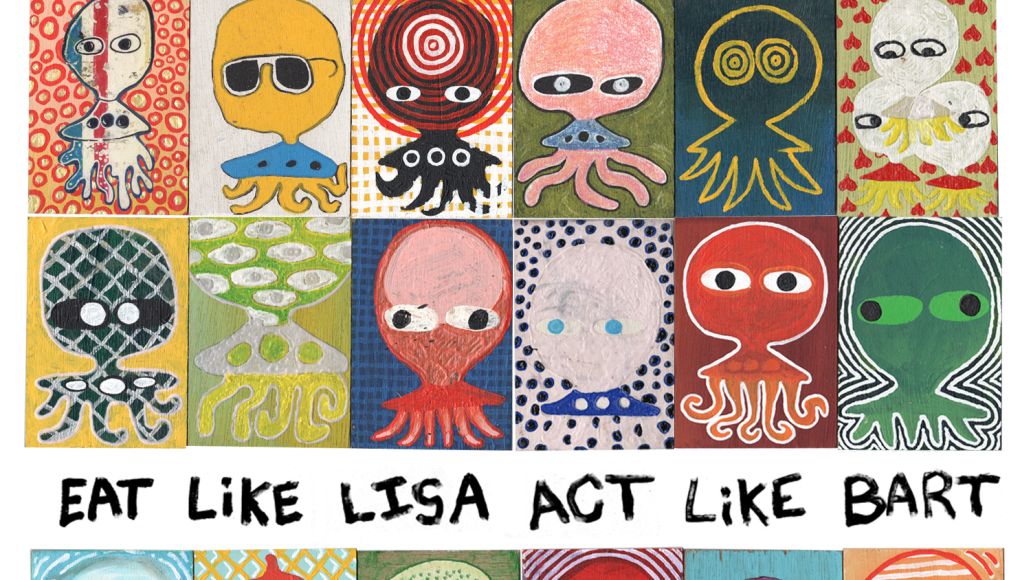 Brooklyn’s Japanther have flown undeservedly under the radar for quite a long time, and “Stolen Flowers” is the latest reason that that ought to change. I mean, sure, thanks to installation work and high concept performances they’re frequently described as an “art project,” but songs like this remind that they’re also a gleefully infectious band. The fuzzy track works out like a punk take on a Magnetic Fields song, sweetly melodic in its tight harmonies and warm energy. As if that earnestness wasn’t enough, there’s the philosophic urging that you “take a deep breath, dive in,” and have a moment where your problems drift away. This is the first taste of the wonderfully titled Eat Like Lisa Act Like Bart, out May 21st via Recess Records. -Adam Kivel 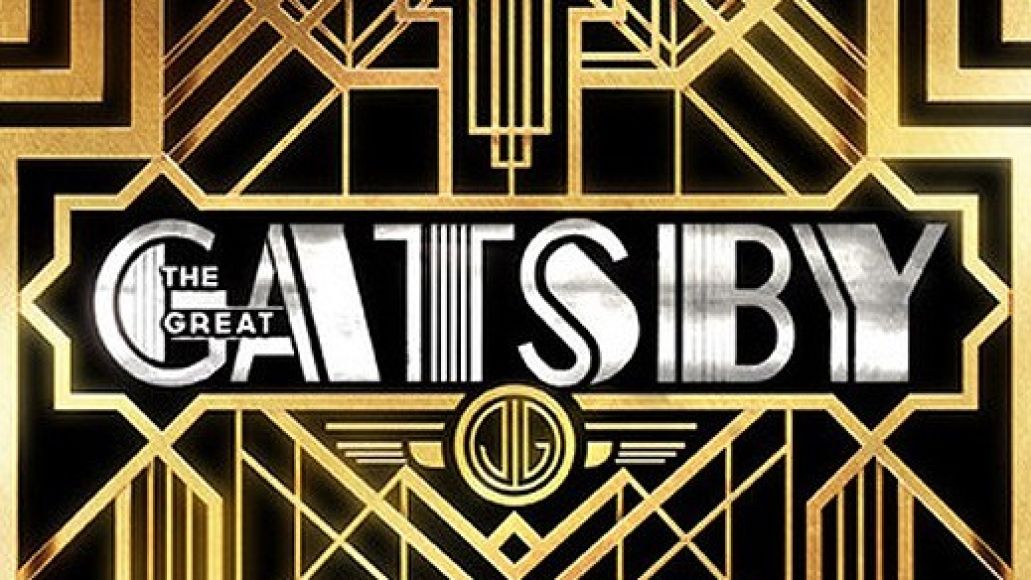 Director Baz Luhrmann has a knack for effectively incorporating pop music into his films. 1996’s Romeo + Juliet, for example, takes Radiohead’s “Talk Show Host” (a B-side!) and makes it the movie’s central theme. So, for his adaptation of The Great Gatsby, Luhrmann probably asked himself: “If Gatsby were alive today — being the hip socialite that he is — what would be on his iPod?” This time, he deflected the question to an even more knowledgeable source, Jay-Z, who executive produced the Gatsby soundtrack. Florence + The Machine’s “Over the Love” is the first full new track we’ve heard, and it’s certainly in tune with the book’s dramatic melancholy and elegance. “I sing from the piano / Tear my yellow dress,” wails Florence Welch, her voice launching from a skeletal, piano-driven beat. -Jon Hadusek 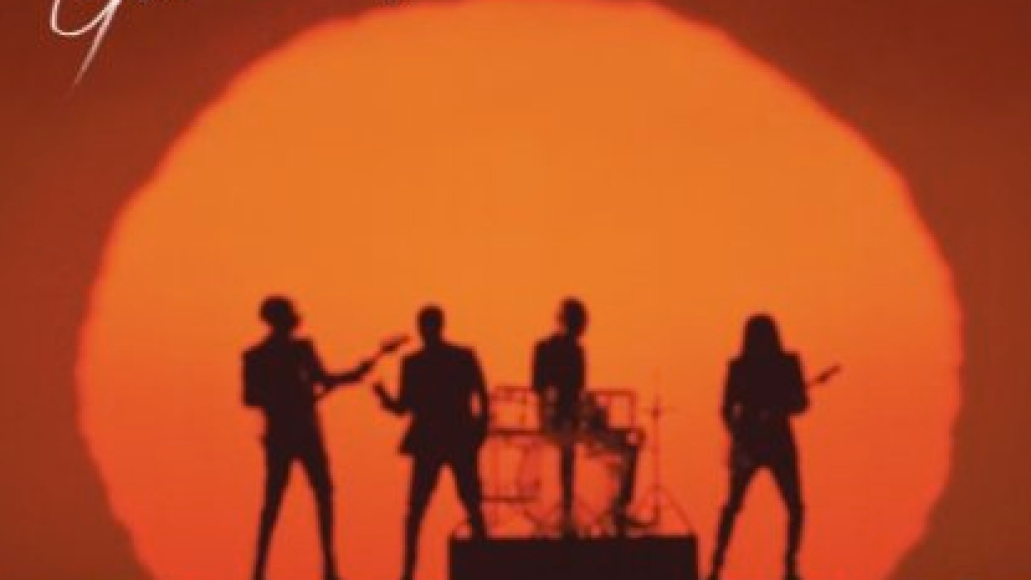 Well, the wait is finally over: the first full song from Daft Punk’s new album is here. If you happened to be listening to Edmonton or Dutch radio yesterday (which, let’s face it, we all were), you were among the first to hear the Nile Rodgers and Pharrell Williams featuring “Get Lucky”. The “Radio Edit” of the track is the kind of clap and jive jam that we’ve come to crave, those robo-vocals coming in for a bridge between Pharrell’s to-the-point description of how he’s out “to get lucky” tonight. Will it bring back disco — again? We’ll see. As if you needed a reminder, Random Access Memories can be yours beginning May 21st via Columbia Records imprint Daft Lite Limited.-Adam Kivel