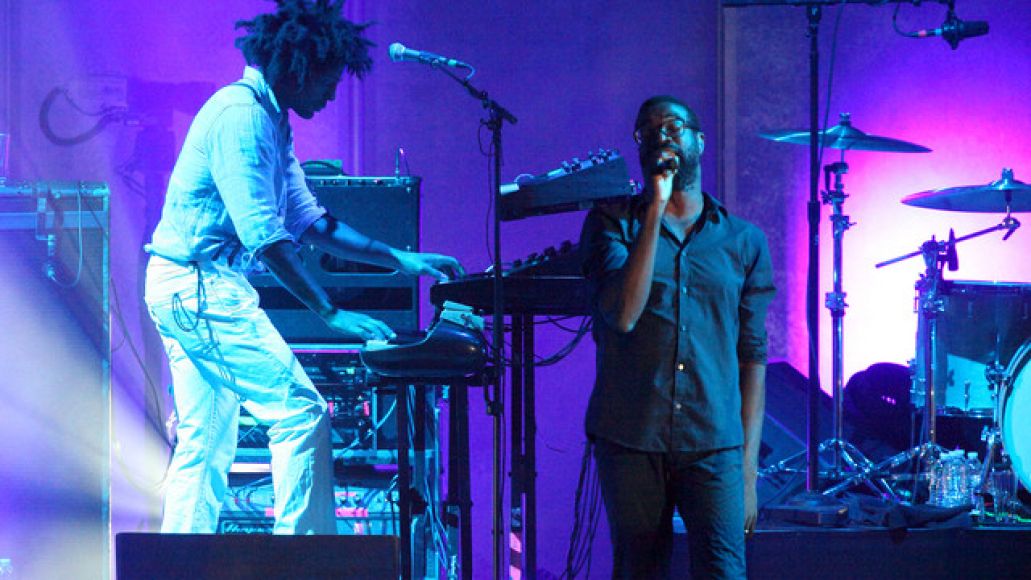 In a new interview with SPIN, TV on the Radio singer Tunde Adebimpe offers an update on the state of the band, revealing that while there are no concrete plans for a full-length album, they are working on new material, which will soon be released through band member Dave Sitek’s record label, Federal Prism, and not Interscope Records (who they recently parted ways with).

Adebimpe said the band is “only thinking in terms of songs, smaller things we can put out regularly until an album seems possible.” However, it remains to be seen whether the band would ever consider such a possibility. As Adebimpe explained: “It’s not that you’re less precious about the process, but I like coming in and saying, ‘Let’s make a couple songs’ not feeling any sort of pressure to lock ourselves in a room. [Laughs] I don’t think anyone has the space [in their lives] to do that ever again.”

Along with the new material, the band has begun to flesh out a summer tour schedule with appearances at Crossing Brooklyn Ferry, Free Press Summer Fest, and Splendour in the Grass. They’re also curating an upcoming ATP Festival, set for May 10th-12th in Camber Sands, England.

TV on the Radio part ways with Interscope, working on new material