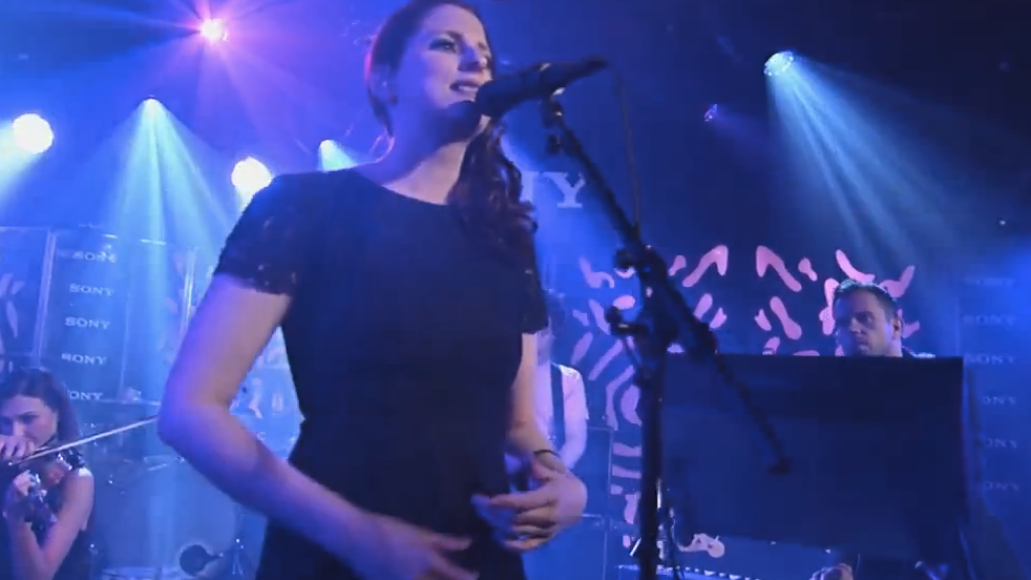 In the name of Tom Cruise, M83 returned to the stage last night to appear on Jimmy Kimmel Live!. Supporting the soundtrack to this weekend’s post-apocalyptic science-fiction thriller, Oblivion, Anthony Gonzalez brought his anthemic title track to life with help from a full orchestra and Norwegian singer Susanne SundfÃ¸r. If we were floored by Zola Jesus, Anthony Gonzalez, or even Morgan Kibbe, SundfÃ¸r warped us into another dimension. Wow. Replay the performance below.