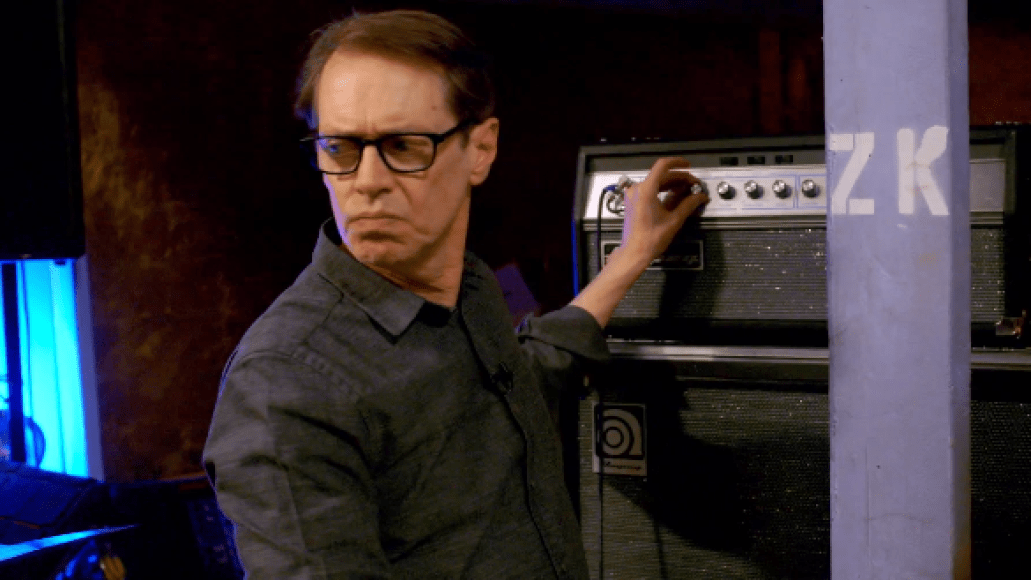 Earlier this month, it was revealed that actor/director/secret firefighter Steve Buscemi was a distant second cousin to Vampire Weekend’s Chris Baio. And with Buscemi having some free time before he shoots the next two dozen or so movie he’ll appear in, he was recruited to direct the webcast for the band’s upcoming concert at New York City’s Roseland Ballroom on April 28th, as part of the American Express Unstaged series.

While they seemed to have hit it off at NYC’s Easter Day Parade, Buscemi’s first encounter with the band actually came during a recent rehearsal, and, fortunately, he decided to document the entire visit. After an awkward introduction, the group sat down to talk strategies for raising their profile, including some “Twitter thing” and utilizing the power of Buscemi’s massive AOL account. Can y’all say 5,000 free hours?

Still, Buscemi’s biggest concern is the band’s accessibility and lyrical content (“Sometimes I think I know what they mean, or I’m listening to the lyrics. But then you go, ‘Peter Gabriel, too’ or ‘Louis Vuitton’ out of nowhere and I’m lost”). So, like any good family member, Buscemi takes a literal hands-on approach with the band during a take of “The Unbelievers”. The resulting awkwardness is more rich and delicious than a hearty mug of horchata.

The April 28th concert marks the band’s first proper New York City date in two and a half years, and they plan to perform at least half of the material appearing on their new album Modern Vampires of the City, due out May 14th via XL Recordings.