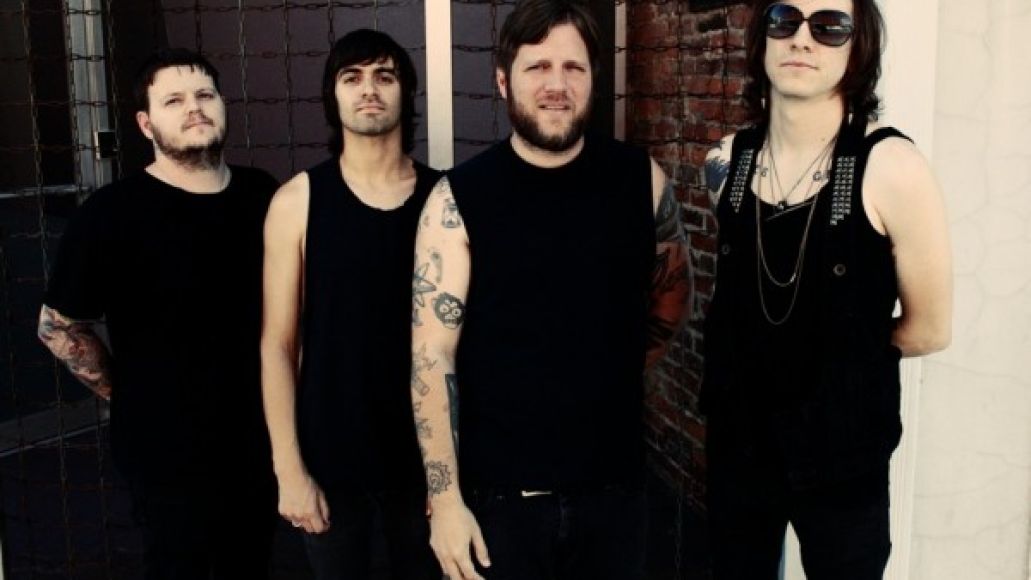 Earlier this year, Against Me! was forced to cancel their U.S. tour after failing to find a suitable replacement drummer for Max Weinberg’s son, Jay Weinberg. Now, long time bassist Andrew Seward has announced his departure from the band. In a post on the band’s official site, Seward wrote, “No drama here. I reached a point where I need to focus on other things. Respect to Laura and James. The last 10 years ruled.”

In the same post, frontwoman Laura Jane Grace expressed her gratitude toward Seward for his years of contribution (he had been a member since 2002.) “It’s heartbreaking to know that Andrew won’t be standing next to me out on stage the next time I stand upon one. Andrew’s been a solid partner. Some of the best sleep I’ve ever gotten has been in the back of a 15 passenger van with him behind the wheel. He’s got a steady hand and has always been someone I’ve trusted. The definition of a good friend. I wish him all the best in his journey.”

Grace went on to add that despite the departure of two members in just under four months, she and guitarist James Bowman will continue on as Against Me!. However, she does have reservations. “I realize that at this point there’s a possibility that it may look pretty ridiculous to carry on playing under the name Against Me!,” she wrote. “If I didn’t feel like I had something that I really needed to say with the album we’ve been working on for the past year then I’d humbly hang the hat and move on.”

The album in question is the band’s long-awaited Transgender Dysphoria Blues, which is tentatively due out sometime this year.