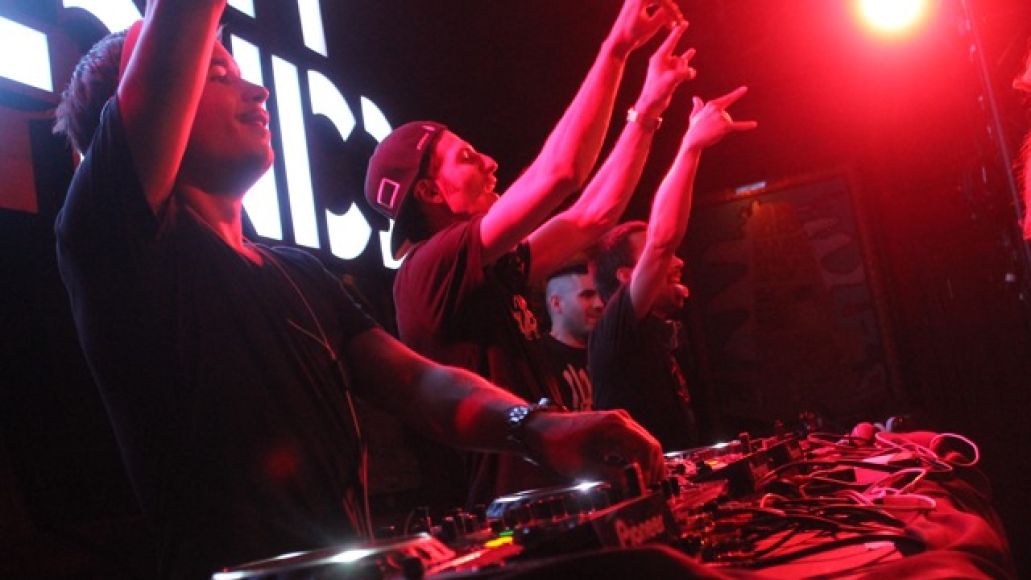 “Cleveland, I must admit this is by far the smallest crowd of the tour,” Le Castle Vania (LCV) stated to Cleveland’s near-empty House of Blues Cambridge Room. Although a mid-market, Cleveland had already turned up in 2013 to pack the HoB main room for bass-heavy acts like Excision and Figure. The Italo-House producer then continued, “But I have a rule: whenever I show up I give it my all and I expect the same from you!” At that time, the statement seemed earnest; however, as the night progressed, the words lost a bit of their edge.

Before LCV found himself trapped in the vortex of tour life – on multiple occasions he referred to the city as Cincinnati – Los Angeles’ ETC! ETC! infused the intimate crowd with his signature West Coast beats. A combination of moombahton, trap, booty bass, aggressive electro midlines, and often-wonky phrasing, ETC! ETC! offered the most diversity of the evening. The set wasn’t based on the brutal bass mentality of Dirtyphonics or the redundant electro-punk grind that dominated LCV’s performance, but an array of SoCal sounds that have originated from labels like Mad Decent/Jeffree’s and OWSLA. Choosing to air on the side of obscure, it wasn’t until the final 15 minutes of the set that he hits fans with his Brillz-collabs and the over-exposed RL Grime remix of Benny Benassi’s “Satisfaction”. 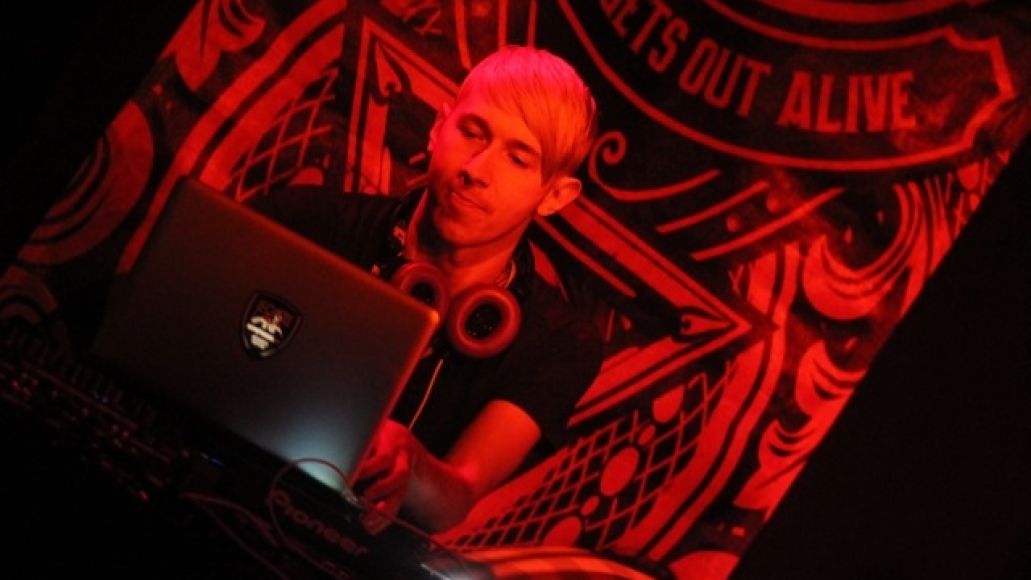 Given the shifting nature of the EDM scene, LCV’s sets are already a bit of a throwback. Channeling the energy of the Bloody Beetroots, he sampled both “Church of Noise” and “Warp 1.9” during the 75-minute set, LCV was easily able to get fans jumping and throwing their arms in the air. But the work was that of an entertainer, opposed to tastemaker of production savant. LCV knows how to give millennials the remixes they crave, including a mash-up of Nirvana into Knife Party’s “Internet Friends”, a chopped up edit of Marilyn Manson’s “Slow Motion”, and a super-charged take on The Prodigy’s “Invaders Must Die”. All great tunes to score an early-morning illegal street race or a bloody-vampire orgy, but not a set that will leave an enduring impression on the scattered audience

The remix is the lifeblood of DJs, but no genre needs artists entrenched in a formula. Dirtyphonics understand this concept. Although currently on the road promoting their new album, Irreverence, the live PA set was far from a track-by-track rip. The Parisian foursome of Charly, Thomas, Pho, and Pitchin were eager to call attention to album cuts like “Chaos” and “DIRTY”; nonetheless, the real artistry of the performance was in the layers developed by the outfit. With each member armed with their own CDJ or beatpad, Dirtyphonics is able live edit their tracks, augment tempos, and move through buried samples unlike the vast field of bass producers. 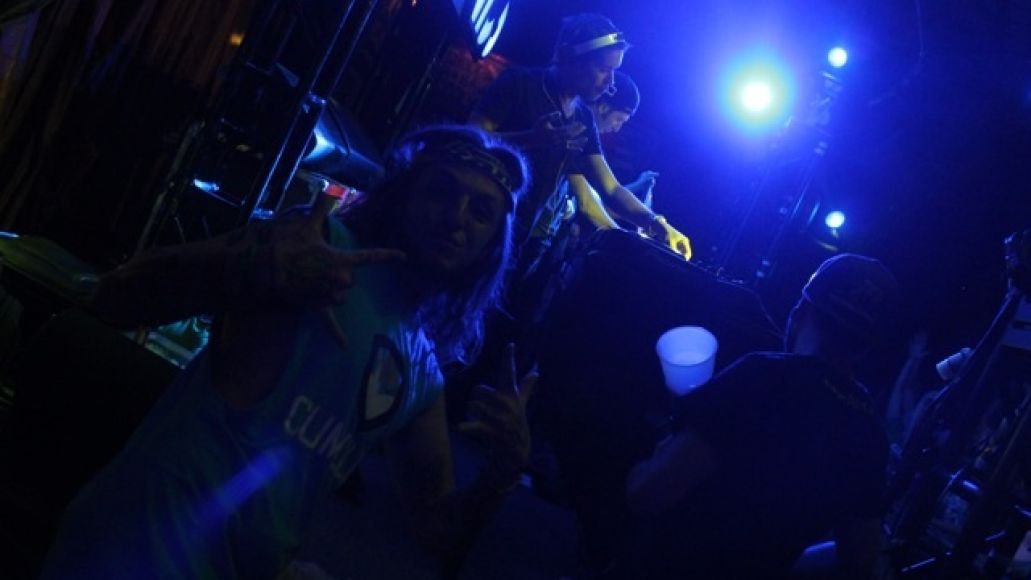 United by their adolescent fascination of metal, as new single “Walk The Fire” blatantly brings to mind, Dirtyphonics don’t rest behind the decks. Be it crashing on the pads with the abandonment of MÃ¶tley CrÃ¼e’s Tommy Lee or taking to the top of monitors akin Slayer’s Tom Araya, Dirtyphonics are constantly attempting to incite mayhem. The only issue Wednesday evening was the fact that too few people were in attendance to reflect that energy. Strewn across the dance floor, no moshing, stage diving, or crowd surfing could occur; a major disadvantage for the normal stage antics of the foursome.

At about an hour past midnight, the crowd continued to thin, it was hard not to feel mildly bad for Dirtyphonics. Like a comedian attempting to entertain a silent room, no matter how much material or focus Dirtyphonics brought to their performance, one could sense that they were wearing thin from the lack of crowd participation. About 12 people ended the night getting #Dirty in the Cambridge Room and four of those were on stage.