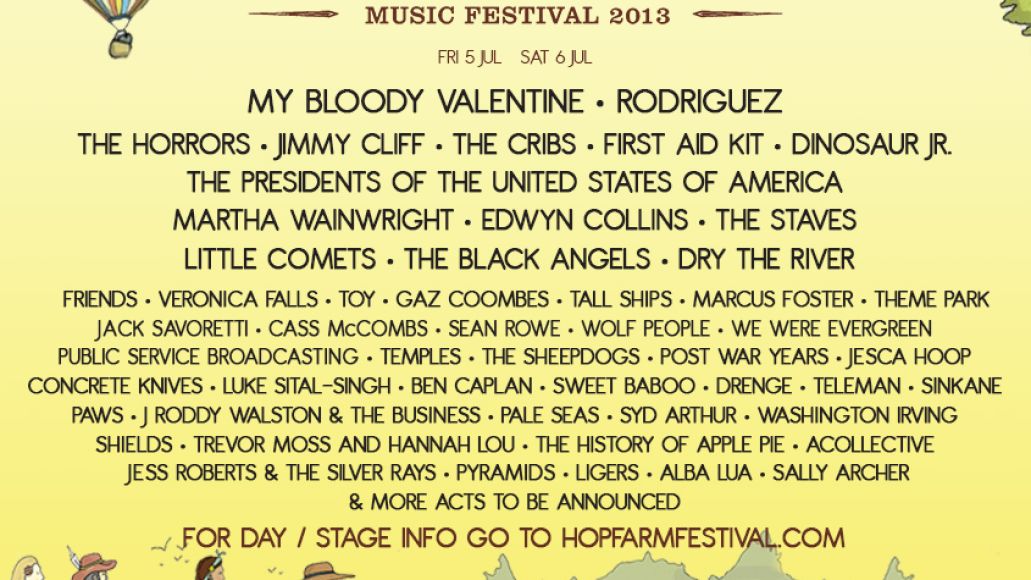 My Blood Valentine, The Horrors, Dinosaur Jr., Rodriguez, The Cribs, Cass McCombs, Jimmy Cliff, First Aid Kit, Black Lips, The Black Angels, and The Presidents of the United States of America. Sounds like a pretty decent lineup, no? Well, only 2,000 people liked it enough to purchase tickets to this year’s Hop Farm Festival in Kent, England. Consequently, the festival has been canceled.

Festival founder Vince Power said in an email: “After reviewing the ticket sales on Hop Farm and the predicted final figures the festival would suffer unsustainable losses so therefore, as from today, it is with great sadness I am announcing the cancelation of the festival.

“I would like to say that this has no reflection on the artists but with around 2,000 ticket sold it is highlighting the poor state of the economy. At the selling rate the prediction today would be 4,500 sold.”

Hey Kevin, if you’re looking for something to do on July 5th, we’ll happily have you.

This lineup to Hop Farm Fest sold only 2,000 tickets