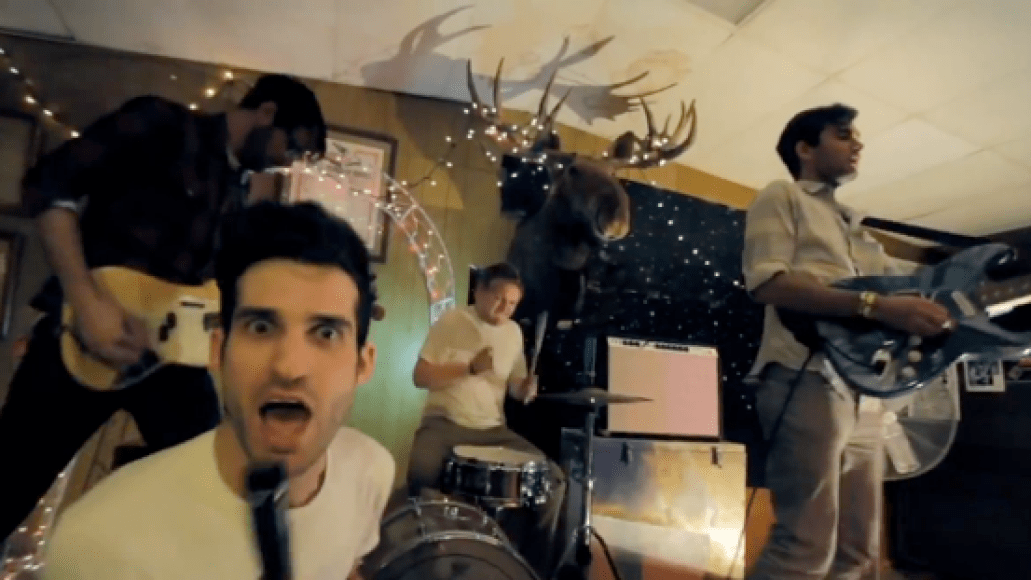 When you’re a young, up-and-coming band playing South by Southwest, there’s a fair amount of risk involved. You essentially have to take any gig you can get, whether that’s playing in front of a hamburger joint or in the corner of a half-empty bar without a proper sound system. Take Boston power-pop act Pretty & Nice; on Wednesday of this year’s SXSW, the quartet had like, a bagillion gigs across town, with audiences ranging from a group of geriatrics to a lone sleeveless cowboy. How do you make the best of so many short sets playing the same songs over and over in one day? Have alliterative directors Daniel Danger and Scout Shannon film the whole journey and splice it together as the music video for “Q_Q”.