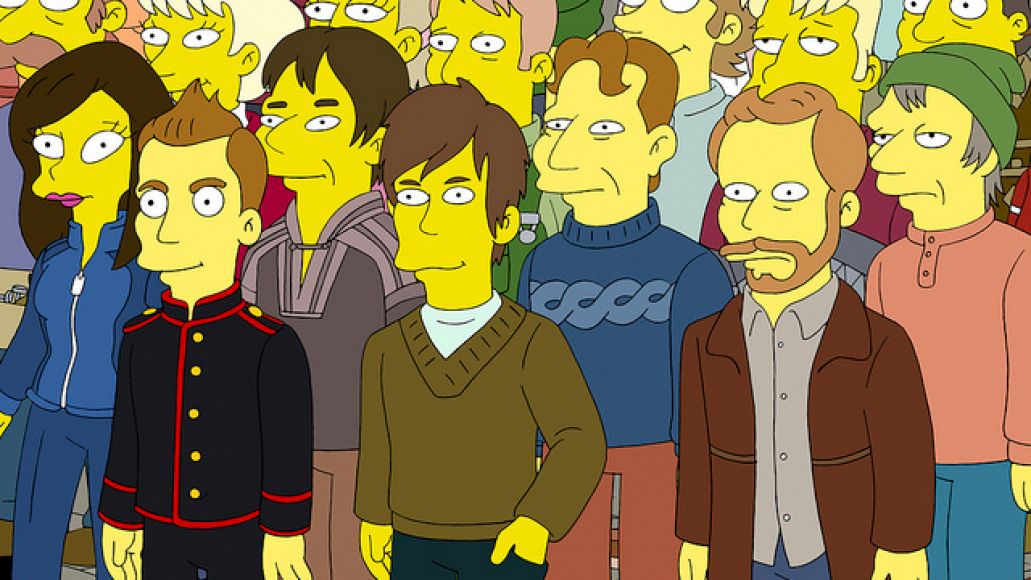 As promised, last night’s episode of The Simpsons featured a cameo from Sigur Rós, along with original music from the band serving as the soundtrack. The episode saw Homer, Moe, and Lenny travel to Iceland in pursuit of Carl, who fled to the country with a winning lottery ticket. Sigur Rós appeared as animated characters during a gathering of local townspeople in Iceland (scroll to the 17:20 mark). Their music soundtracked several scenes, and they also reworked the show’s theme song for the end credits.

The episode is available to replay online through The Simpson‘s website. Also be on the lookout for a brief cameo from BjÃ¶rk and her swan dress (scroll to the 11:15 mark.)

According to Sigur Rós, with this episode the band has written and performed more original music for The Simpsons than any other outside band in the show’s history.

Watch Sigur Rós and BjÃ¶rk on The Simpsons