We didn’t need another Black Sabbath album, but we should celebrate that we have one. Its existence — and the reunion of ¾ of the band’s original lineup — defies conventional wisdom and improbable circumstances.

It started in 1979: Sabbath was in shambles. Never Say Die! was met with indifference by fans and critics; meanwhile, the band fired Ozzy Osbourne for excessive substance abuse during the ensuing tour, the culmination of an already testy friendship between Osbourne and guitarist Tony Iommi. The former would lead an erratic-yet-successful solo career for the next three decades, while the latter kept Black Sabbath alive until 1995 (though it was more of a husk of its former self).

The two eventually reconciled their differences and reunited Sabbath for Ozzfest and some studio sessions with producer Rick Rubin in 2001. But no new material came of it, as the band members’ conflicting schedules cut the sessions short. Soon after, MTV’s The Osbournes became a phenomenon, and the band went on hiatus.

Ten years passed before Black Sabbath decided to reunite one last time. “It’s now or never,” Iommi said. “We get along great. Everything’s good.” Rubin was brought back as producer, and 13 began to take shape. However — just like last time — the dominoes began to fall. Tony Iommi was diagnosed with cancer, drummer Bill Ward left because of a contract dispute, and Ozzy suffered a much publicized drug relapse and near divorce. How do you write and record an album with all that shit happening?

Answer: Channel it through the music. It’s hard not to connect 13 to the context of its tumultuous recording process. With Rage Against the Machine’s Brad Wilk replacing Ward, Black Sabbath takes a trip back to its doom-metal glory days — back when the songs really meant something. 13 doesn’t arbitrarily reach for that vintage sound; rather, it’s what came out of the band while age, health issues, and temptation bore down on them. These are songs fueled by contempt.

“Is this the end of the beginning/ Or the beginning of the end?” Ozzy asks during the album’s introductory verse. Although “The End of the Beginning” is about a cyborg clone, the placement of that opening couplet acts as a mood setter. A similar question of fate is asked on the following track, “God is Dead?”, a definitive depiction of this revived Sabbath. Iommi strikes a minor scale and meanders in these dark notes until the song’s surging chorus: “The blood runs free, the rain turns red/ Give me the wine, you keep the bread.” Sabbath hasn’t sounded this heavy since 1975’s Sabotage. “Zeitgeist” throws it back to their more psychedelic dabblings, as Ozzy’s voice is put through a wah effect. It bears an uncanny resemblance to Paranoid’s “Planet Caravan”.

13 occasionally tries too hard to recall the old Sabbath and, as a result, lacks personality. “Damaged Soul” plods to a bluesy rhythm, breaks into a guitar solo, and repeats this pattern; it’s totally listenable, just not very exciting or original. “Age of Reason” contains an infectious bridge (“These times are heavy/ And you’re all alone”), though the rest of the song clings to a mundane riff. That’s the risk with Iommi; he tends to lock into a groove, which can be a blessing or a curse depending on the guitar line he’s settled on. Rick Rubin deserves praise for staying out of the band’s way during the recording process: Iommi’s guitar tone is blissfully doomy, just as it was on 2009 Dio-collab The Devil You Know. However, Rubin also deserves disparagement for the way he mixed the audio levels, which are crushed by distortion and compression. Otherwise well-recorded songs are blemished, an affliction all too pervasive in the modern music industry.

Despite the volume, 13 is a return to form — if a somewhat obvious one — and an example of perseverance. Ozzy gives a strong performance despite an aging voice, Geezer Butler’s lyrics are as pessimistic as ever, and Iommi conjures the tones of old. Given all the distractions surrounding the record’s release, it’s shocking how well everything fits together. For a record 13 years in the making, 13 is worth the wait. 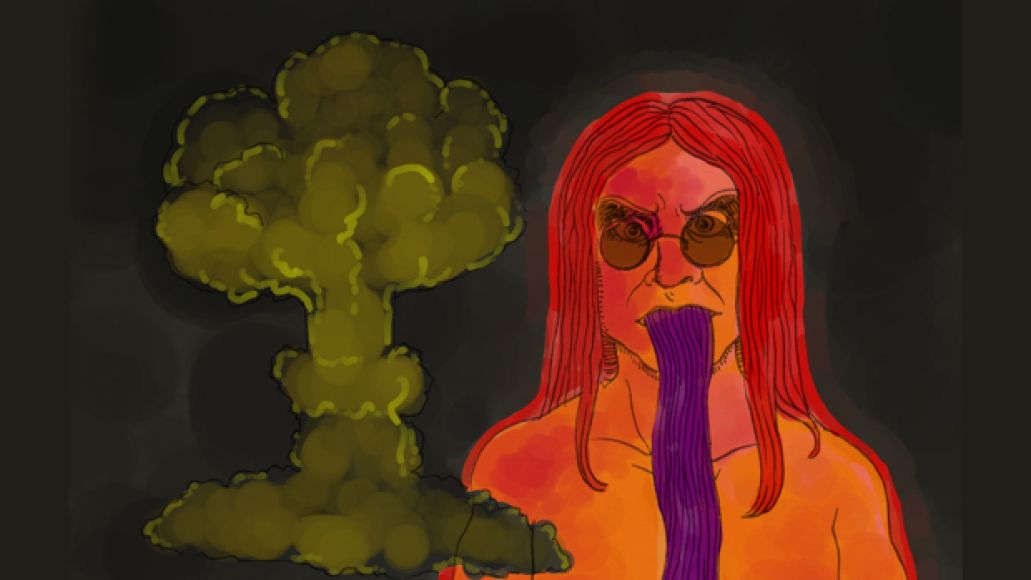