“I woke up and there was a doctor going, ‘Shit, we lost you,” Homme told the Irish Independent.

The Queens of the Stone Age frontman cites this event as a key inspiration for …Like Clockwork, the band’s sixth studio album. Incapacitated and unable to “get up” for four months following the operation, he had a spiritual awakening of sorts. He started thinking about the things that matter: mortality, friendship, love, faith. When he was finally able to pick up a guitar, it all surfaced.

“The Vampyre of Time and Memory” was Homme’s first post-surgery composition. “I want God to come/ And take me home/ Because I’m all alone in this crowd,” he sings to the soft pattering of a piano. “Who are you to me?/ Who we’re supposed to be/ Not exactly sure.”

This is a changed man writing songs from the heart. Not that he wasn’t doing so before, but now the symbolism is eschewed and the sentiments are plain. When the press releases for the album kept calling it “an audio documentary of a manic year,” they were referring directly to Homme’s circumstances. Clockwork is an intensely personal record.

It’s also an extremely satisfying one to listen to.

The man lost none of his musical prowess during his dark period; in fact, he evolved as a songwriter, taking his patented stoner rock and imbuing it with a variety of pop sensibilities. Clockwork is so far removed from Era Vulgaris that you’ll wonder if it’s the same band. Bluesy opener “Keep Your Eyes Peeled” and the ultra-catchy “I Sat By the Ocean” offer familiar reminders of Homme’s best traits — searing guitar work and memorable hooks, respectively — but then the band dives into “Vampyre” and an assortment of equally idiosyncratic tunes.

The album’s pre-release buildup didn’t prepare us for this, as Clockwork was shaping up to be a return to Songs for the Deaf-era Queens of the Stone Age. All the major players were coming back: Dave Grohl on drums, Nick Oliveri on vocals, and Mark Lanegan as a co-songwriter. But while their collective presence is definitely felt, the spotlight remains on Homme, who relishes the moment. He’s made considerable leaps as both a vocalist and lyricist — best showcased by the Elton John collab “Fairweather Friends”. John’s piano is vital to the song’s anthemic chorus, providing a momentous backbone to Homme’s croons: “Is there anyone out there, or am I walking alone?/ I turned around and found that you’d gone before the first rain could fall.” He’s always had a tight turn-of-phrase, but with emotion driving his concepts, the clever wordplay cuts with poignancy.

Homme’s themes circulate between betrayal, anger, and reconciliation; they’re presented as anecdotes, with the singer as the protagonist. On “I Sat By the Ocean”, he’s drinking to forget the girl who just broke up with him. On “I Appear Missing”, he cowers, avoiding the conflict entirely. Notice the use of the first person “I”. And it’s not always down-and-out. “Smooth Sailing”, which touts a filthy guitar lick, sees Homme driving off into the sunset without a worry in the world: “Fuck it, bon voyage/ It’s smoooooth sailing from here on out.”

…Like Clockwork was a huge risk. It’s one of the most hyped rock albums in recent memory (due in part to a big budget publicity campaign that included everything from a mockumentary film to animated shorts and cryptic letters). Yet it’s also the most ambitious Queens of the Stone Age record — both sonically and conceptually. It takes confidence to sing about your own demons when thousands of people are listening. Homme doesn’t waver.

As he explained: “…in all honesty, the last couple of years of failure and anguish have been the best thing to ever happen to me. It gave me a chance to figure out what’s really important to me.” …Like Clockwork is one of the year’s finer rock albums — an exercise in songwriting, production, and musicianship. But above all, it’s the story of a man persevering through a dark time, staying true to himself, and coming out a hero.

Essential Tracks: “I Sat By the Ocean”, “The Vampyre of Time and Memory”, and “Fairweather Friends” 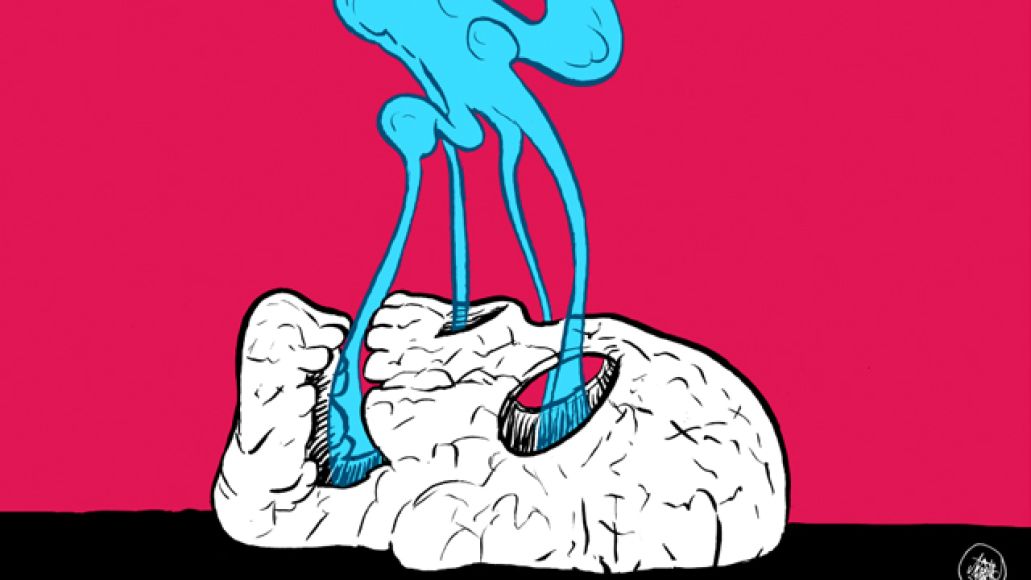 Album Review: Queens of the Stone Age - ...Like Clockwork