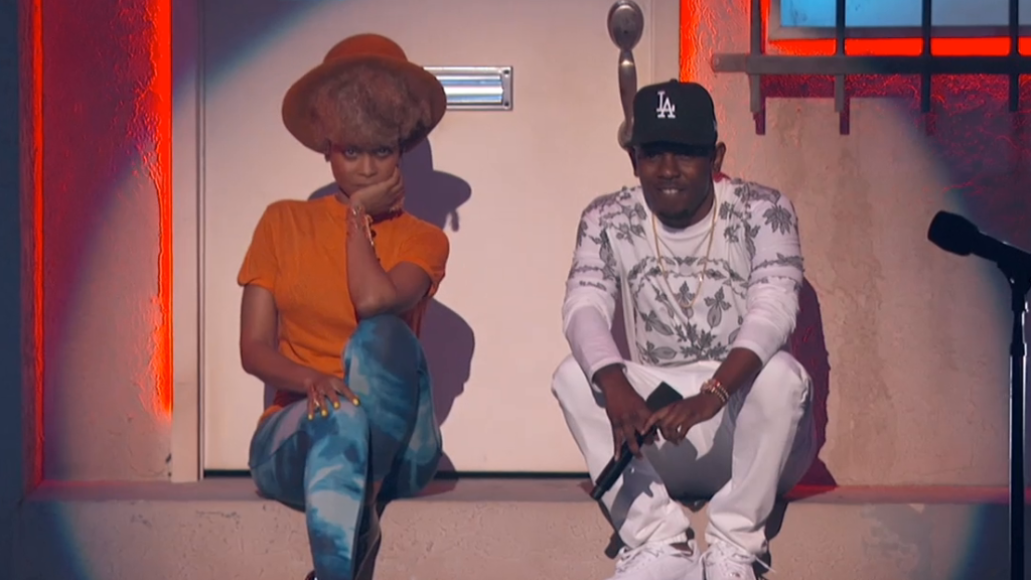 The 2013 BET Awards took place on Sunday night at the Nokia Theatre in Los Angeles, with performances by Justin Timberlake, Kendrick Lamar, Janelle Monáe, R Kelly, Miguel, and Erykah Badu, among others.

Kelly performed a medley of hits, including “I Wish,” “When A Woman’s Fed Up,” “Ignition (Remix)” and more.

Mariah Carey took center stage for “#Beautiful” with Miguel and Young Jeezy. Jeezy stuck around for his own “R.I.P.”

Miguel and Lamar returned to the stage to perform the remix of “How Many Drinks?”.

2 Chainz brought out Kendrick and ASAP Rocky for “Fuckin’ Problems”.

Monáe closed out the night, performing “Q.U.E.E.N.” with Badu.