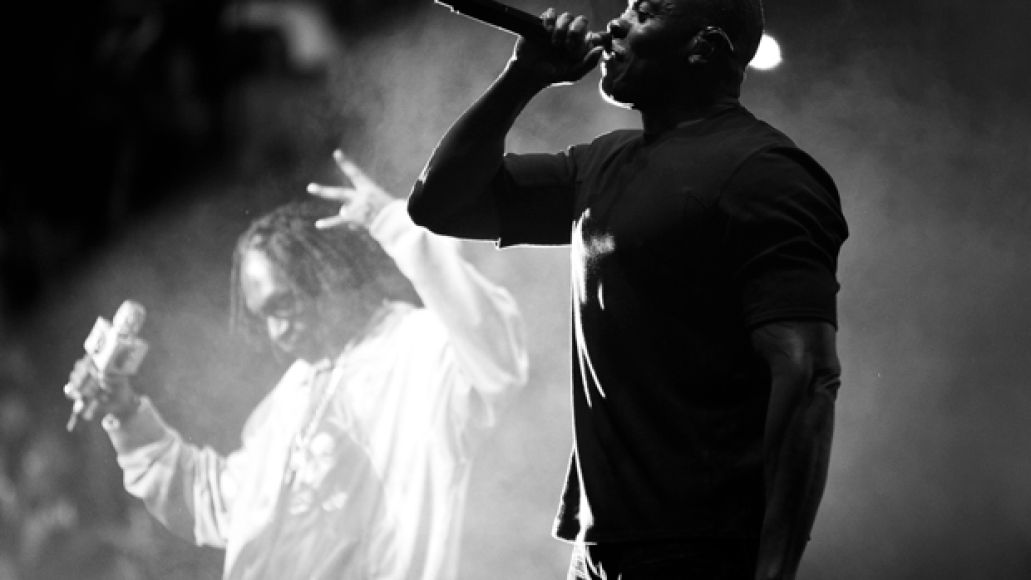 The BET Experience ran its inaugural event this weekend at Los Angeles’ LA Live entertainment district, where the Staples Center, Club Nokia, and other smaller venues all hosted a sprawling parade of concerts and other special events, including the BET Awards. Saturday night’s marquee bill, along with the word that Beyoncé put on the show of her life on Friday night, ensures that the BET Experience will indeed warrant a return engagement next year, if they decide to make it an annual tradition.

Kendrick Lamar, billed as a co-headliner with Snoop Dogg, provided a commanding set, clearly relishing the chance to play to more than 20,000 people in his hometown. Snoop Dogg was less emotionally charged, but with guests like Dr. Dre, Future, and Wiz Khalifa, Snoop didn’t need to be. Coupled with seized opportunities from J Cole and Miguel, the Staples Center had one of the better arena showcases in recent memory, with only ScHoolboy Q failing to engross, partially due to the venue’s noticeably low turnout for the first hour, partially from a relative lack of experience.