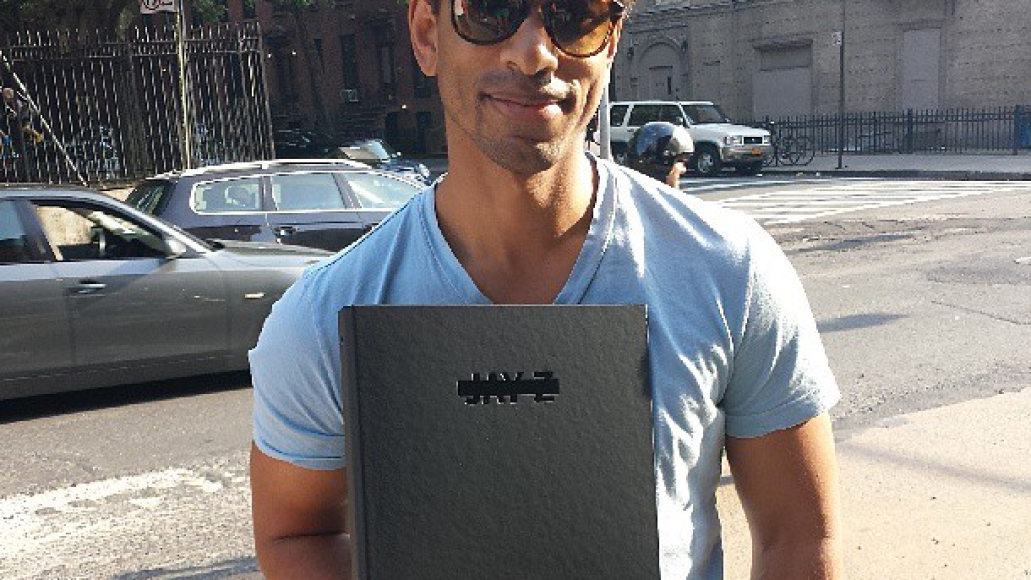 The tracklist for Jay-Z’s new album, Magna Carta Holy Grail, has been revealed via an elaborate scavenger hunt held in Brooklyn. The rapper’s publicist, Jana Fleishman, tweeted hints to a location where she was waiting with books containing the titles of 15 tracks. Up above is a photo of music critic Touré with one of the books.

One track appears to take its name from fashion designer Tom Ford, another from the British Broadcasting Corporation, and then there’s my personal favorite, “FuckWithMeYouKnowIGotIt”.

Another track, “Open Letter”, is presumably the same “Open Letter” released by Jay-Z in April. Revisit that track below.

Check out a YouTube video of the pages being flipped to reveal each song title (via Miss Info):

Update: Samsung has released its official app for Magna Carta Holy Grail, which includes lyrics for the song “Holy Grail”. Nirvana’s “Smells Like Teen Spirit” is referenced in the chorus and Justin Timberlake is featured on the song.

Magna Carta Holy Grail arrives July 4th. No word yet on features, production credits, and which track will feature lyrics from “Smells Like Teen Spirit”.