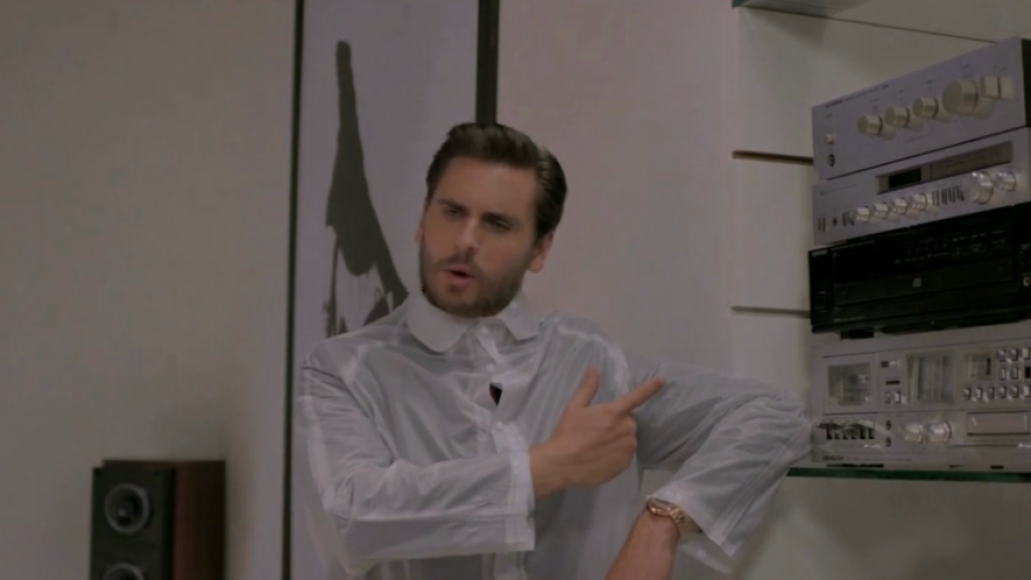 Kanye West staged a new set of projections all across the world on Friday night, which included the debut of a new set of visuals inspired by the 2000 film American Psycho. According to In Touch, Kanye filmed the video with Scott Disick (Kourtney Kardashian’s boyfriend) and Jonathan Cheban (Kim Kardashian’s friend) in Brooklyn earlier this month.

In the original film, Christian Bale’s character, Patrick Bateman, raves about Huey Lewis and the News before killing Jared Leto, aka Paul Allen, with an axe. In Kanye’s reinterpretation, Disick plays the role of Bateman, and appears to express his fondness for Kanye West’s new album Yeezus before murdering Cheban.

Update: Watch the official video below, along with the scene that inspired it all.