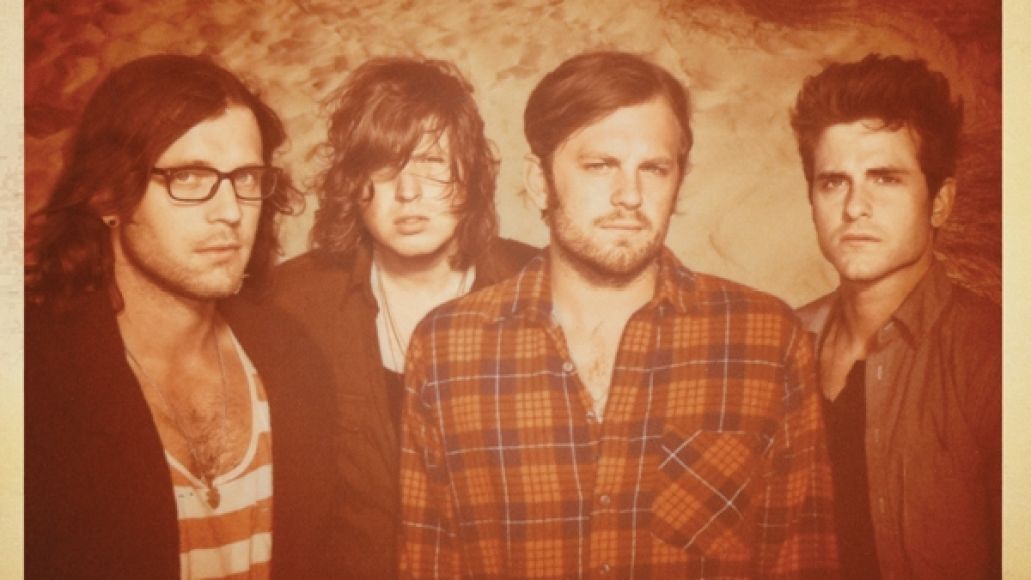 Kings of Leon will release their sixth studio album, Mechanical Bull, on September 24th, reports RollingStone.com. The follow-up to 2010’s Come Around Sundown was recorded in Nashville with longtime producer Angelo Petraglia.

Speaking with NME back in March, bassist Jared Followill described the album as a cross between their 2003 debut Youth and Young Manhood and 2007’s breakout Because of the Times, noting, “I thought we were going to make a really mature album but I’m amazed how youthful it sounds.”

Watch them perform a new song titled “Always the Same” at the Bottle Rock Music & Arts Festival earlier this year.

In anticipation of the release, the band will tour the UK and Europe extensively this summer before returning to America in the fall for appearances at Austin City Limits Music Festival and Life is Beautiful.