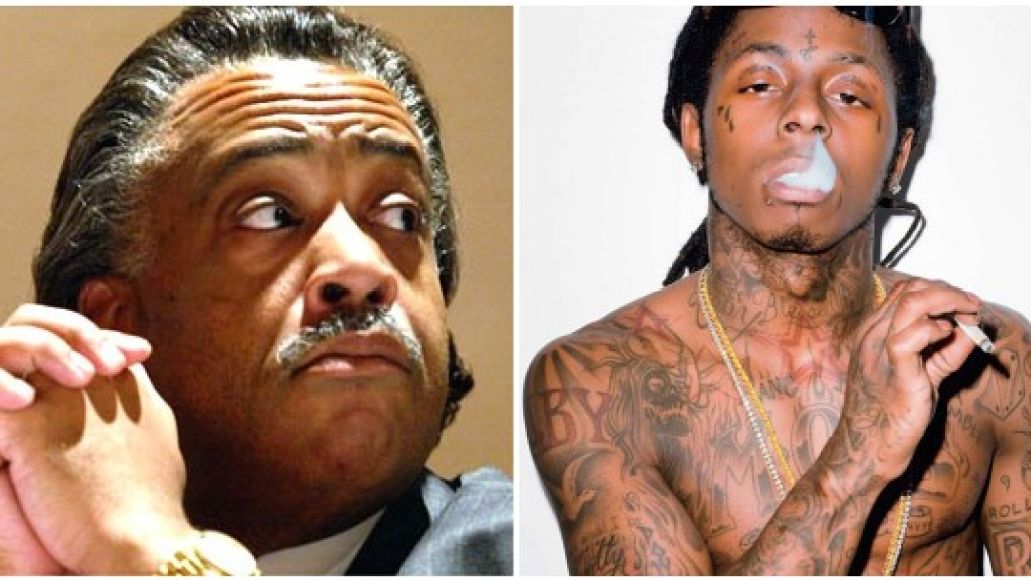 “You see, you are no MLK, you are no Jesse Jackson // You are nobody, to me // You’re just another Don King, with a perm // Hahaha just a little more political // And that just means you’re a little unhuman, than us humans // And now let me be human by saying // Fuck Al Sharpton and anyone like him”

Those lyrics from “Misunderstood” off Tha Carter III,  that’s how Lil Wayne used to feel about Rev. Al Sharpton, the one-time presidential candidate turned political commentator for MSNBC, who’s been a vocal critic of Wayne and his lyrics for years.

But money talks, and today, they’re business partners. As Newsday reports, Wayne’s Cash Money Records will release Sharpton’s new book on October 8th. Entitled The Rejected Stone, the book will chronicle Sharpton’s “personal evolution” from his time as a New York street activist to a political candidate to civil rights spokesman. Sharpton will also share his thoughts on Wayne and other rappers in the book.

Sharpton told The Associated Press: “Just because we disagree doesn’t mean we have to be disagreeable.”