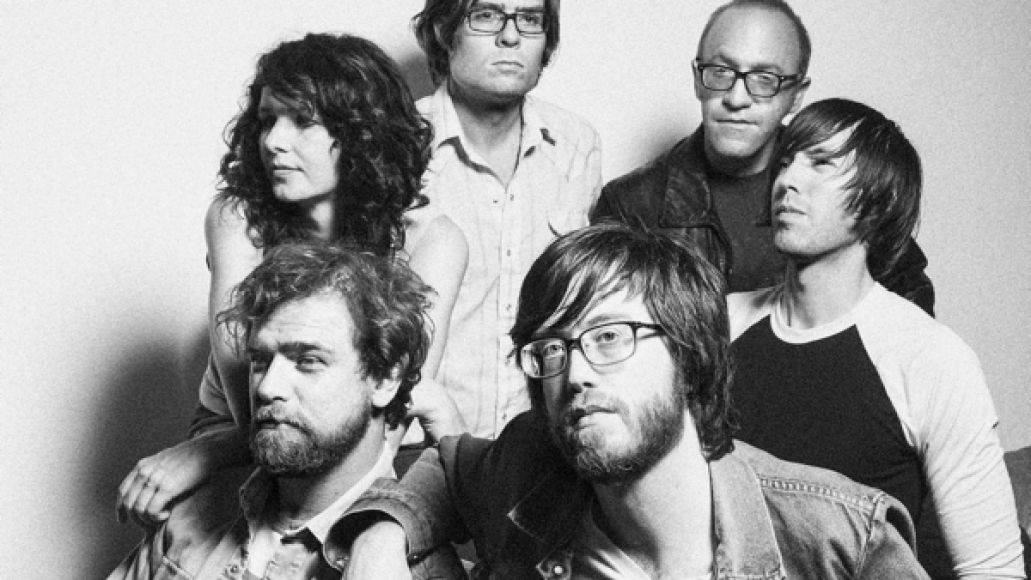 Okkervil River will return with their seventh studio album, The Silver Gymnasium, on September 3rd via the band’s new label ATO Records. While we’re still months away, the Austin-bred collective has dropped off the first track with “It Was My Season”. The amicable piano ballad finds frontman Will Sheff waxing nostalgic, pining that “all this pain inside is just too sharp.” It’s part of a larger story, however.

According to a tweet this morning, the album “takes place in 1986 in a small town in New Hampshire,” which explains the lyric video below. Directed by Johnny North, the five-minute clip feels like something conceived by Rushmore‘s Max Fischer, only it’s all work by artist Maxfield Parrish with a lightshow by Plainfield, NH’s town librarian Nancy Norwalk. For more clarification, check out the letter Sheff penned shortly after the video.

In 1916 the painter Maxfield Parrish – part of a small-town New Hampshire art colony that included such famous writers and artists as August St. Gaudens and Emma Lazarus – designed and painted a stage set for a local play entitled “The Woodland Princess.” The set consisted of several layers and depicted a typical New England forest scene with a lake and distinctive rolling hills in the background, and it was designed so it could be lit to simulate the light of dawn, early morning, full afternoon sun, and dusk. Since then the set has remained in the Plainfield Town Hall at the center of Plainfield, New Hampshire, the town that encloses the little village of Meriden where I grew up.

In 1990 Plainfield’s long-serving Town Librarian Nancy Norwalk became involved in a local effort to clean Parrish’s stage set. Norwalk, working with local preservationist Beverly Widger, brought in experts to determine the exact type of paint Parrish used on the Town Hall walls, to repair two small holes in the backdrop, to restore the circa-1916 stage-lighting system, and to strip off grime that had accumulated over decades. Since then Norwalk has conducted tours of the Town Hall (which, constructed in 1798, is listed on the National Register of Historic Places), researched and maintained historical documents about the Town Hall and about the town of Plainfield in general, and taken breaks from directing business at the Plainfield Read Memorial Library across the street to let interested visitors into the Town Hall and – operating a little lighting board – give them a demonstration of the “times of day” lighting.

In this video we see Nancy operating the lightshow to the accompaniment of “It Was My Season,” the first track off our new record The Silver Gymnasium, in which the songs take place in New Hampshire in 1986, or circle back around there, or hover above there.

Listen to Okkervil River's jaunty new single, "It Was My Season"