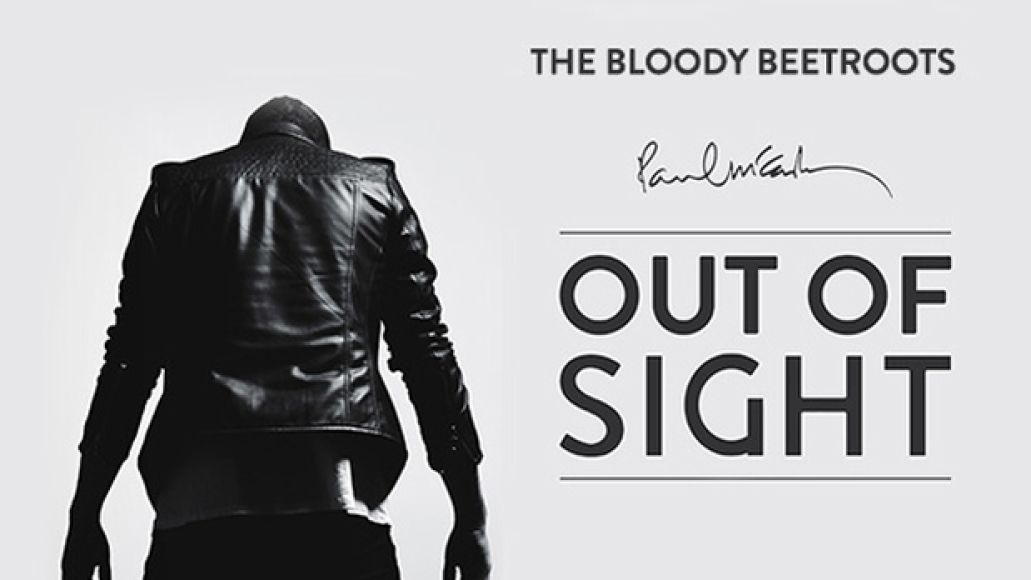 Among the many interests he picked up in his post-Beatles career, Paul McCartney’s had a rather intriguing love affair with electronic music. It began with McCartney II’s chiptune-before-there-was-chiptune track “Temporary Secretary” and over the last 20 years spread to the occasional LP as The Fireman with Killing Joke co-founder Martin Glover (Youth). Now, McCartney is once again getting his EDM on, collaborating with Italian “dance-punk” innovator Sir Bob Cornelius Rifo (aka The Bloody Beetroots) on a track entitled “Out of Sight”.

Also featuring the aforementioned Glover, the track (sadly) doesn’t see McCartney dropping even a little bass. Instead, he’s recorded a big, bubbly piano ditty practically ripped from some outdoor festival gig, which Beetroots has dropped right in the middle of a maelstrom of wubby bass and concussive drums. It’s not your parents’ McCartney tune, but it’s bound to introduce a whole club-goin’, rave-lovin’ generation to the joys of Macca. Listen in below (via RollingStone.com).

Listen to Paul McCartney's EDM banger with Bloody Beetroots, "Out of Sight"