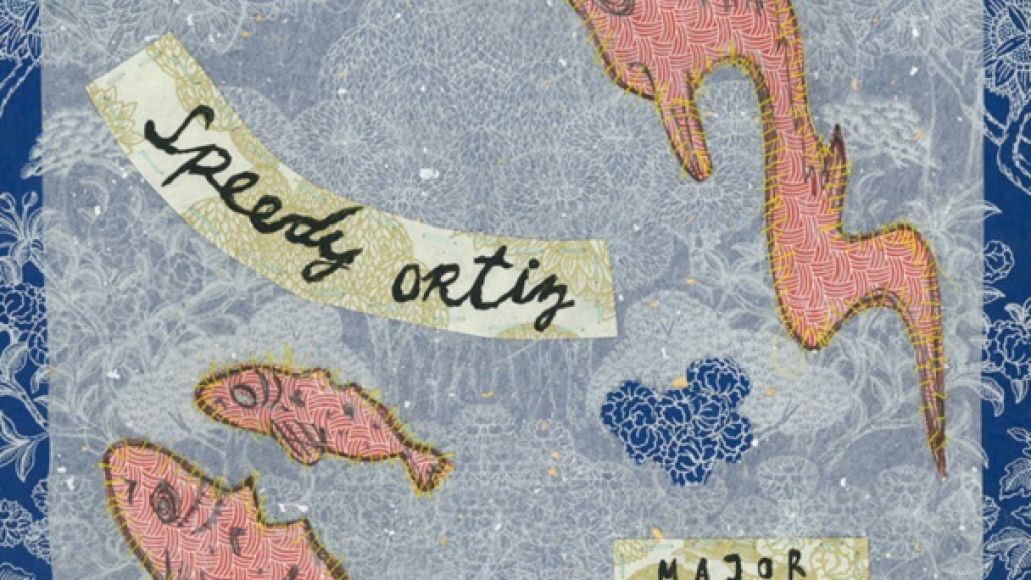 Speedy Ortiz will release their debut album, Major Arcana, on July 9th via Carpark Records. Previously we heard band leader Sadie Dupuis spew toxic in clamorous, in-your-face fashion on the record’s first single, “Tiger Tank”, but the band’s latest shows her introspectively wailing about the past from some place much quieter, albeit darker and damper. “I was better off as being dead,” she states on “No Below”, as the music buzzes and chugs along, like feet dragging across day-old mud. The muted heaviness lingers until around the 2:55 mark, when the walls finally come down and deafening guitars tear into the sky like wild, live wires. Listen in below.

Listen to Speedy Ortiz's new single, "No Below"