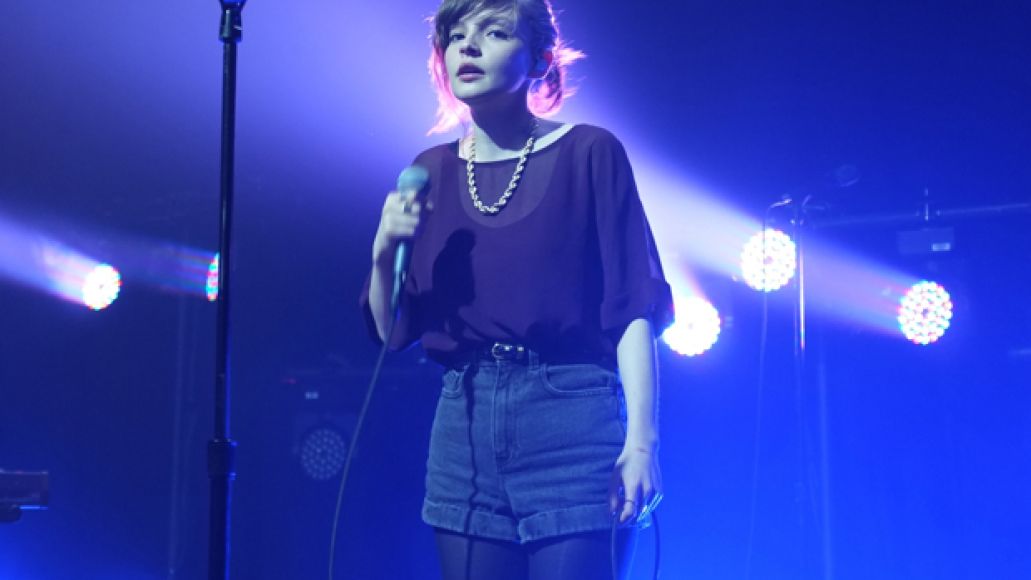 Opening act, Still Corners, kicked off an early show with a litany of dreamy tracks from Strange Pleasures. The London-based act pulsed a celestial groove that could be described as a poor man’s Beach House, which coastal dwellers would more accurately label as some sort of condominium timeshare. Nonetheless, the gracious Still Corners’ decelerated Italo-disco beats were a fine aperitif to whet palates before the headliner. 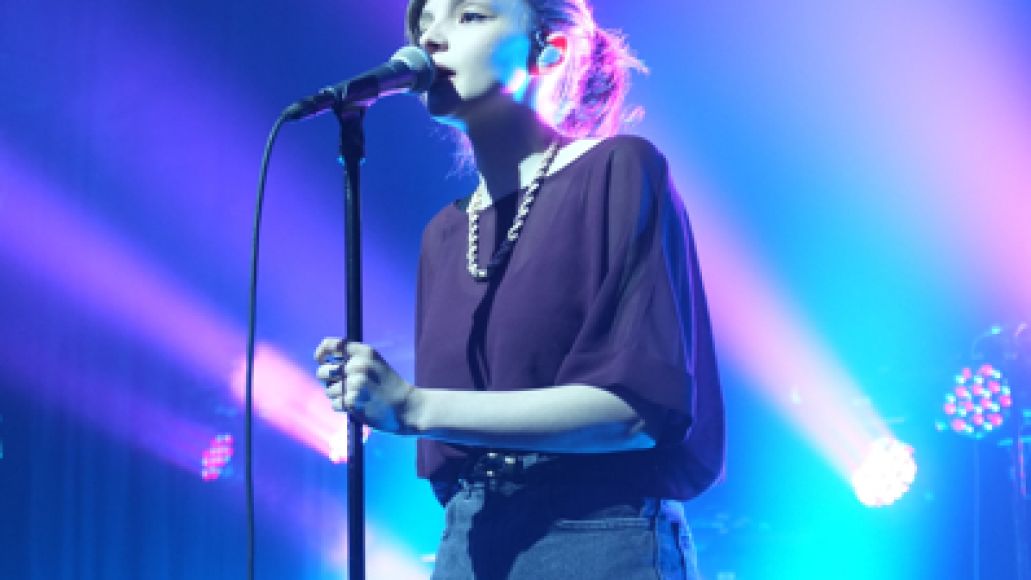 CHVRCHES’ singer Lauren Mayberry tip-toed onto the stage wearing a serious grin as she belted a foot-stomping rendition of “Lies”. Lincoln Hall turned into a room of true believers on this first night of the group’s two-day engagement in town. “Lies” segued into “If We Sink”, which found multi-instrumentalists Martin Doherty and Iain Cook positioned to contribute a wailing set of vocals, culminating in Mayberry sharing a crystalline hindsight that the band’s dinnertime indulgence at Chicago’s Dog House included far too much meat. She joked the city was to blame: “This is all because of your culture, so it’s your fault.” Whether Mayberry will stick around  to partake in this week’s Just For Laughs Festival is anyone’s guess. But the frontwoman did demonstrate a wicked sort of humble enthusiasm behind the mic — and soundboards.

Mayberry’s playful crowd-work and funny asides persisted throughout the affair, cracking up the front row as well as Cook, who hunched over his keyboard more than once. This jovial nature also served as an interesting dichotomy to fan-favorite “Recover”, whose empathetic confession admitted “You appear to face a decision/ I know/ you/ fear.”

Cook and Doherty crafted a befitting repertoire of synthetic melodies and crunchy bass lines, especially during “Lungs”, where Cook channeled the group’s inner heavymetal child with a deep solo that reverberated in everyone’s chest cavities. CHVRCHES were not nervous to switch around the lineup either. Doherty swapped places with Mayberry to bring the ruckus with an animated rendition of “Tide” before the group officially closed out with Mayberry’s heartfelt version of “The Mother We Share”. 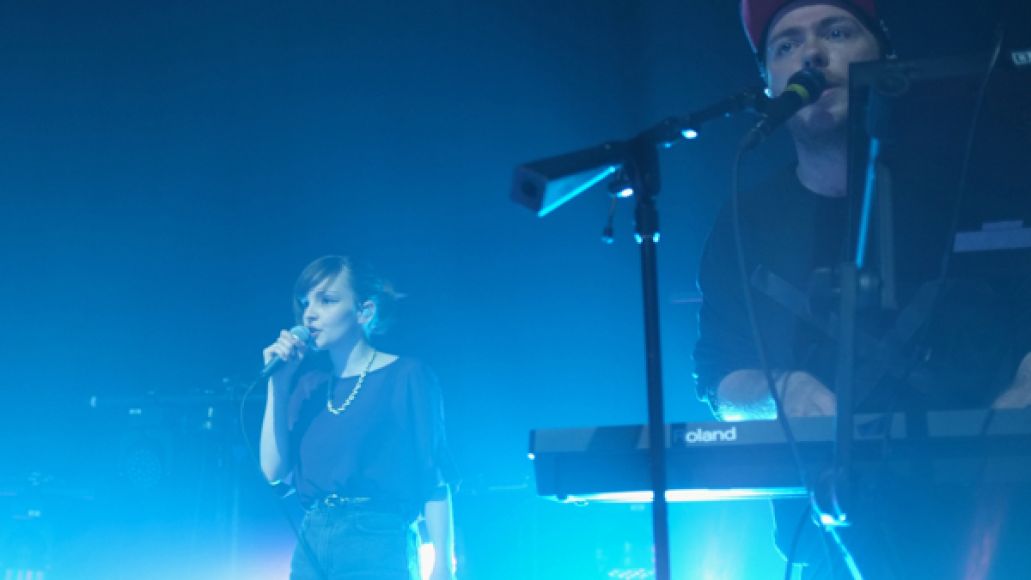 It was a beautiful show that left the attendees wanting more. Not too shabby for a trio still lacking a proper album. And while no one wants summer to end, three cheers to hoping September gets here soon.