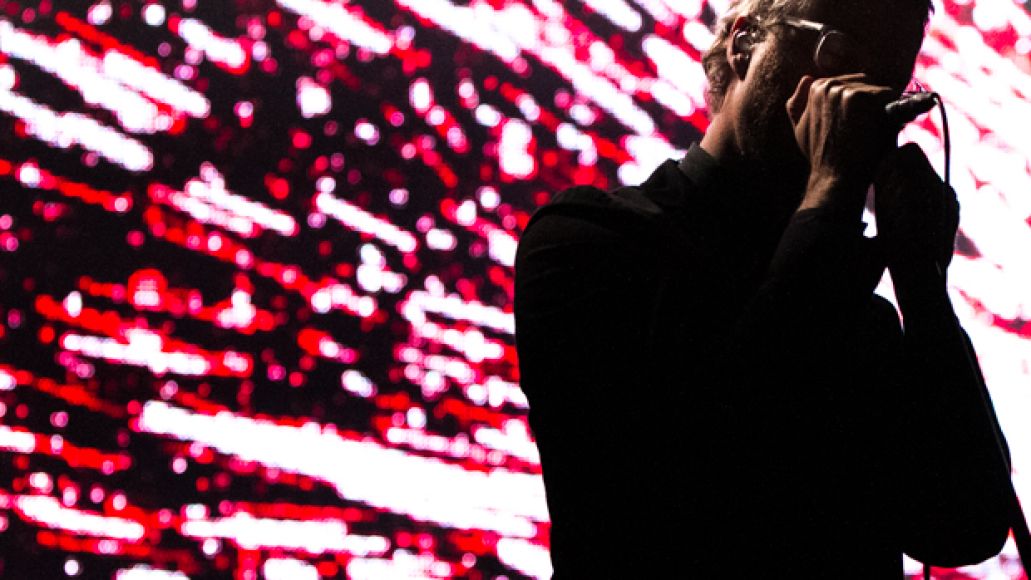 No matter how famous a band gets, their homecoming shows are always special. With The National’s performance at Barclays Center on Wednesday night, kicking off their first tour dates behind their latest Trouble Will Find Me, no one can say The National didn’t make it special for the place where it came into its own: Brooklyn. The band kinda had to. It had been a while.

Wednesday was The National’s first proper Brooklyn show since touring heavily on High Violet in 2010 through 2011. And how the band’s grown: a top-three chart debut for Trouble, a Colbert Report performance, an acclaimed tour documentary, and likely one of the largest headliner crowds the band has drawn to date, filling nearly all of Barclays’ 19,000 seats.

The venue played a supporting role in the night, with its relatively daunting size for the rising band still-minty-fresh novelty. It was an unusually large, or at least an unusually slick setting for The National, a band that at best reluctantly embraces the kind of grandiose showings of rock ‘n’ roll showmanship Barclays often showcases. But there were the expectations, all set up on the shiny platter the shape of Barclays itself, as if saying: You won’t fuck us over, you’re Mr. November! 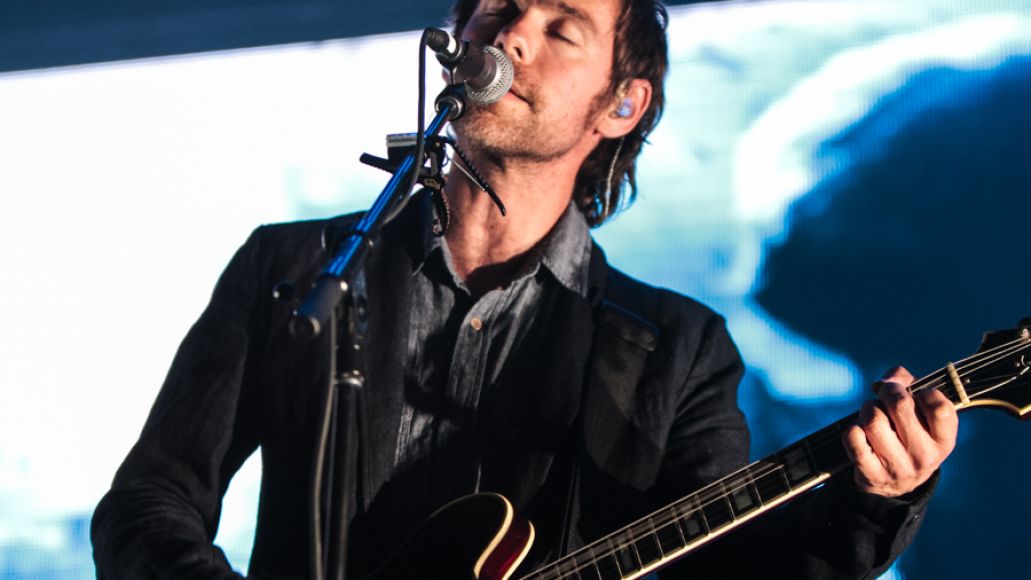 Turns out The National did alright by the hometown crowd, not without lead singer Matt Berninger telling us how anxious all that adoration made him feel. But that’s just schtick. The band’s stage patter was, as usual, witty. And there were moments Wednesday night when The National’s new live show was not just arena-ready but arena-tailored. The band’s had a fascinating transformation similar to that of Bright Eyes and fellow New York outfit Interpol. Now, it seems, it’s The National’s turn to be arena headliners.

The band’s sound on “England” was large, majestic, and forceful. New Trouble single “Sea of Love” ripped ‘n’ roared like a punk-rock stomper. If the band is at all reluctant about its new arena-filling status, they needn’t be.

“I’ll admit we were pretty nervous about this,” Berninger said, about the large space the band had just filled with music, near the end of its set, “but it was really fun.”

The band didn’t do it all without a little help: Annie Clark of St. Vincent came along for background vocals on “This Is the Last Time”; the band’s secret weapon and sixth member Thomas Bartlett reprised his one-note falsetto on “Sorrow” from the High Violet tour; and the band’s horn, keyboards, and strings sidemen and women were stellar. But the loudest roles were played by the hometown crowd itself, demanding two encores from the band, singing along the whole time. 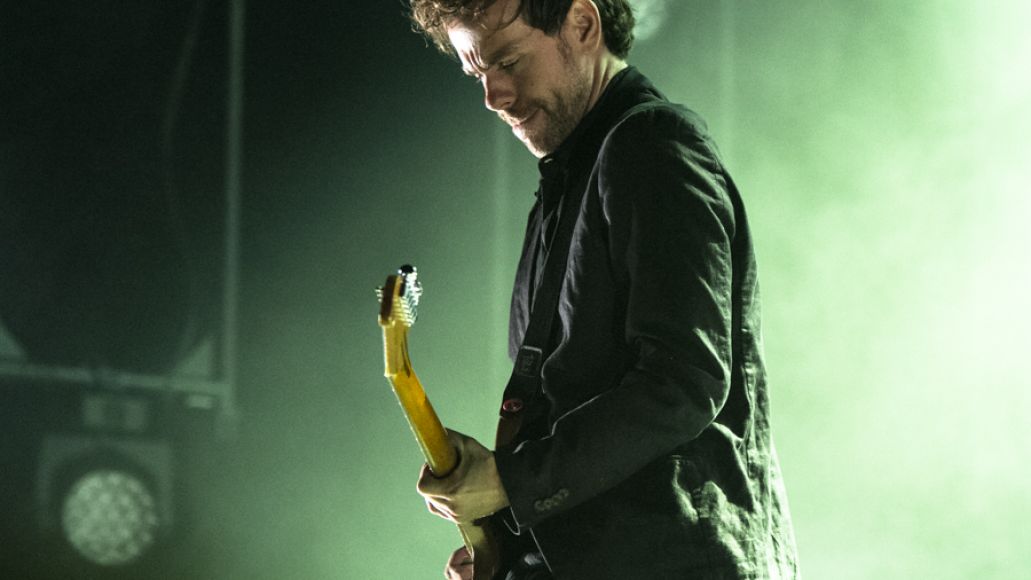 The drums to opener “Don’t Swallow the Cap” swirled around frontman Matt Berninger’s slurred enunciation. “Everything I love is on the table,” he sang. “Everything I love is out to sea.” It’s a fairly poignant sentiment for a band playing a milestone hometown show before setting out on what may prove to be the biggest tour of its career yet.

Before “I Need My Girl”, Berninger said, “This [song] has no clever metaphors, this is just about me missing my wife.”

And it’s very sweet but sports arenas like Barclays are also geared toward songs that move your fists. “Bloodbuzz Ohio” inspired a sing-a-long that near matched the band’s volume, as did the incredible sing-along to “Fake Empire”, which ended the band’s main set. From its solo intro piano, Berninger’s stark baritone setting the song’s lyrical scene, and the graceful horn outro, it was all chills. All of it, just chills. 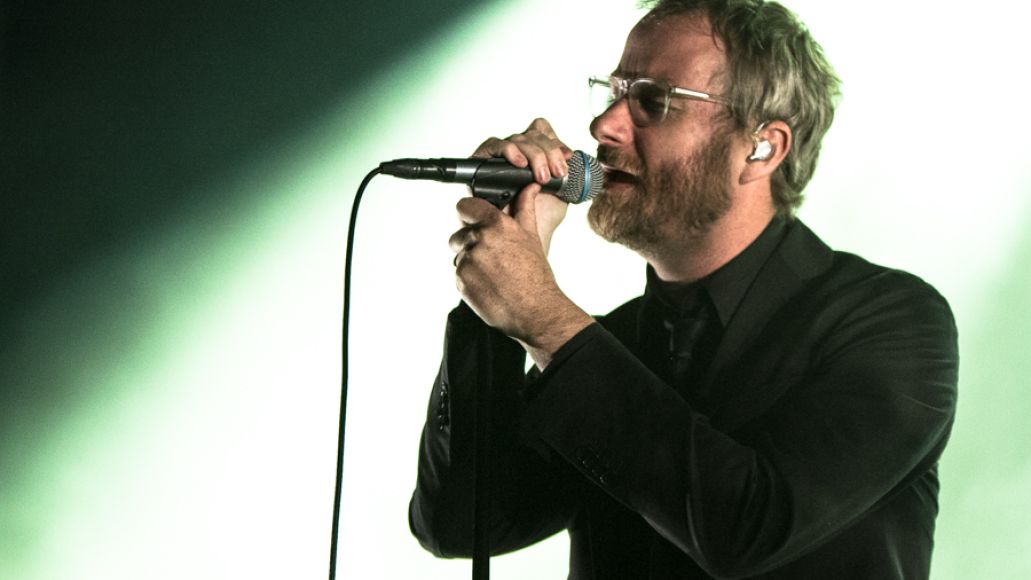 Then came the encore where, as it us custom for The National at this point, the frantic “Mr. November” overcomes them, where Berninger trudges through the general-admission crowd, still without a much-needed cordless mic. He screams, he freaks, he holds his microphone up to fans, and it makes even a large venue feel all the more small and intimate because of it. The second encore of an acoustic “Vanderlyle Crybaby Geeks” shrunk Barclays even more, with Berninger compelling the crowd on the chorus of “Vanderlyle, cry baby cry.” And that was all it needed.

Mr. November, you did it again.