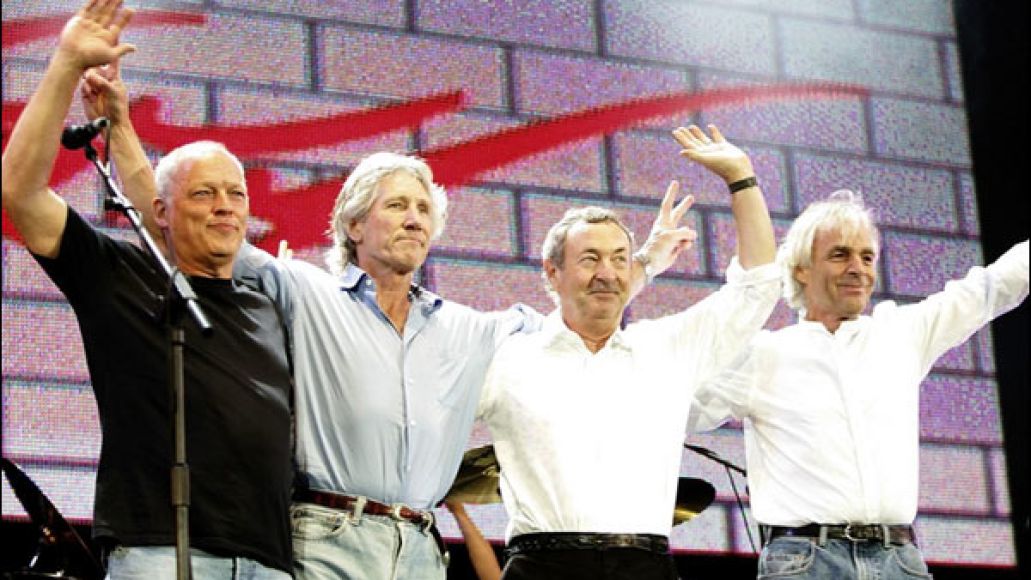 Last year, the Internet Radio Fairness Act of 2012 was introduced in the House of Representatives. In short (very, very short), the bill would have decreased royalties paid to musicians for Internet radio plays by an estimated 85%. Pandora came out as a prominent supporter of the act, arguing it has become harder to maintain profits as their slice of the market grows (even as CEO Tim Westergren and other insiders have been making a killing dumping stock in their own company. Example: Westergren made $1,305,287 on the first Monday of June. On a Monday!).

Efforts from musicians and record labels squashed the IRFA, but the story isn’t over. Recently, Pandora and Westergren have been sending artists a “letter of support” purportedly aimed at giving “the missing voice on this issue” – that of “working musicians” – a chance to join the discussion on royalty policies in streaming mediums. The letter states that those who sign are “fervent supports of internet radio and want more than anything for it to grow; and to grow as fast as possible,” [sic] but Pink Floyd’s Roger Waters, David Gilmour, and Nick Mason are accusing Pandora of deceit.

“Of course, this letter doesn’t say anything about an 85% artist pay cut,” the iconic trio write in an opinion column for USA Today. “The petition doesn’t mention that Pandora is pushing the growth of its business directly at the expense of artists’ paychecks.” They go on to say one could read the letter “a dozen times and hold it up to a funhouse mirror” without catching the subtext.

“We’ve heard Pandora complain it pays too much in royalties,” the musicians explain. “But a business that exists to deliver music can’t really complain that its biggest cost is music. You don’t hear grocery stores complain they have to pay for the food they sell. Netflix pays more for movies than Pandora pays for music, but they aren’t running to Congress for a bailout.”

Not being unreasonable blokes, Waters and Co. say they’d still like to be involved in a compromise. “Artists would gladly work with Pandora to end AM/FM’s radio exemption from paying any musician royalties – a loophole that hurts artists and digital radio alike.” 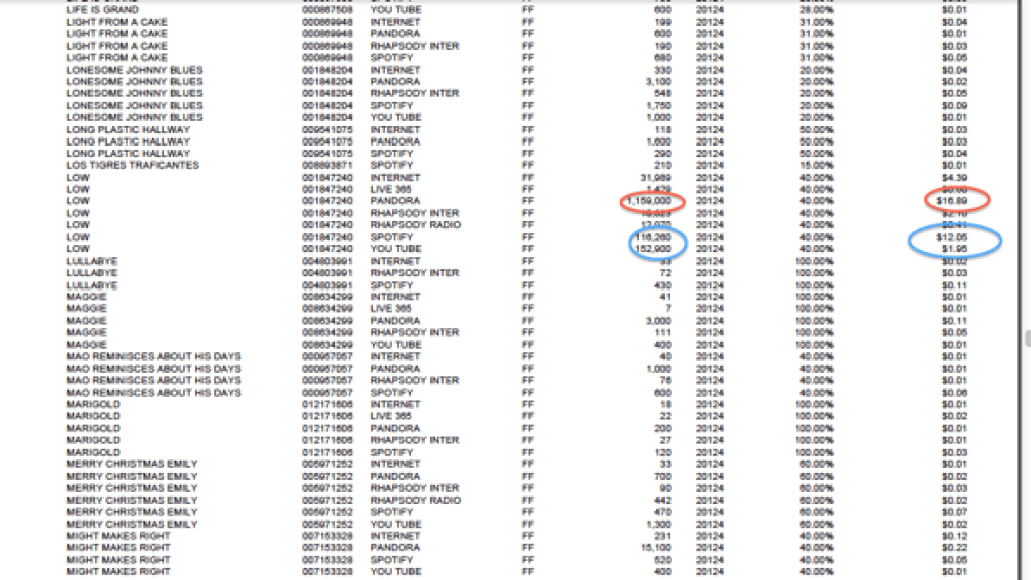 In a separate article for The Trichordist, Camper Van Beethoven/Cracker member David Lowery provides his own royalty earning statements, which add credence to the artists’ arguments. According to the documents, the Cracker song “Low” was played 1,159,000 times on Pandora, netting Lowery $16.89 (he points out that he owns 40% of the song and also gets a separate “performer” royalty). In comparison, 179 spins on Sirius XM earned him $181.94, 152,900 YouTube hits translated to $1.95, and 116,260 Spotify plays garnered $12.05. We’ll do the math for ya: The same number of plays on YouTube or Spotify would’ve come to about $14.78 or $120.13, respectively.

“Here’s an idea,” Lowery offers. “Why doesn’t Pandora get off the couch and get an actual business model instead of asking for a handout from Congress and artists? For instance: Right now Pandora plays one minute of commercials an hour on their free service. Here’s an idea!  Play two minutes of commercials and double your revenue! (Sirius XM plays 13 minutes and charges a subscription).”

Lowery closes his article by urging fellow musicians to share their royalty statements to reveal “just how terrible webcasting rates are for songwriters.” Meanwhile, the members of Floyd cap their letter with another plea. “The open letter to Pandora that we signed last year said, “Lets work this out as partners” and that’s what we should do. But tricking artists into signing a confusing petition without explaining what they are really being asked to support only poisons the well.”