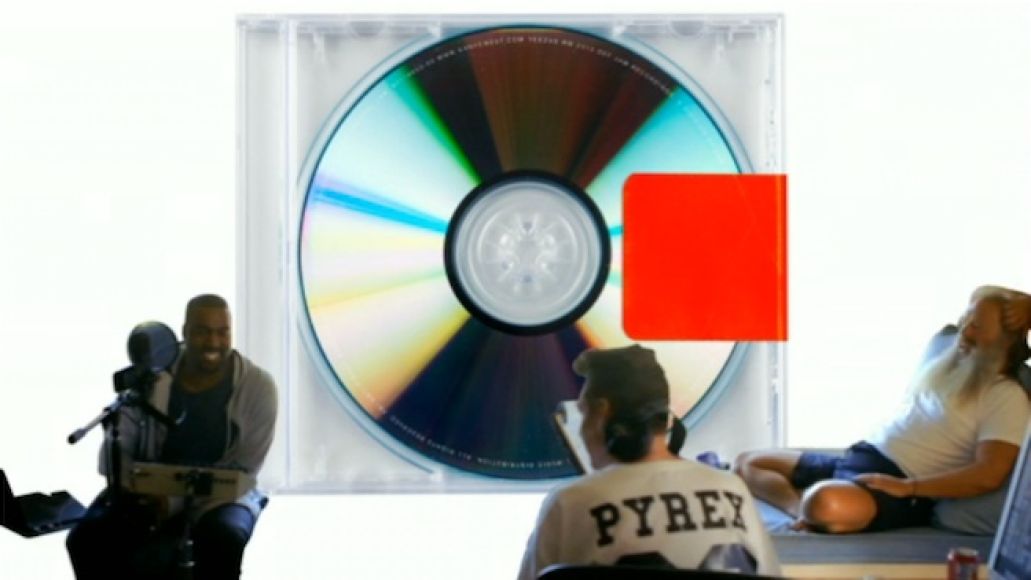 Earlier this week, Kanye West sat down with The New York Times‘ Jon Caramanica for his first interview in years, expounding upon his career, his personal life, and the forthcoming Yeezus. Now, West’s producer/pseudo-muse Rick Rubin is the one opening up, talking to The Wall Street Journal about all things Yeezus.

As Rubin explained, Kanye arrived to Shangri-la Studio in Malbiu three weeks before Yeezus was due to Def Jam. He had three hours worth of partially finished material, which Rubin described as “raw” and “very strong,” but which “hadn’t yet come into focus.”

Rubin said, “Many of the vocals hadn’t been recorded yet, and many of those still didn’t have lyrics. From what he played me, it sounded like several months more work had to be done. I joined the project because after discussing what he had played for me, he asked if I would be open to taking all of the raw material on and help him finish it.”

With just two days to go until the deadline, a number of the songs still need vocals and/or lyrics.” Kanye told Rubin, “Don’t worry, I will score 40 points for you in the fourth quarter.” And that he did, as Rubin explained: “In the two hours before had to run out to catch the plane, he did exactly that:  finished all lyrics and performed them with gusto. A remarkable feat. He had total confidence in his ability to get the job done when push came to shove.”

In regards to his role as executive producer, Rubin said he was chored with helping Kanye achieve a stripped-down minimal direction. “A good example would be the song that became ‘Bound’. When he first played it for me, it was a more middle of the road R&B song, done in an adult contemporary style. Kanye had the idea of combining that track with a cool sample he had found and liked – I removed all of the R&B elements leaving only a single note baseline in the hook which we processed to have a punk edge in the Suicide tradition.”

Other topics included Rubin’s involvement in the album’s roll-out and where he sees Yeezus in the grander context of hip-hop. Read the full interview here. Yeezus lands in just four days time via Def Jam Records.