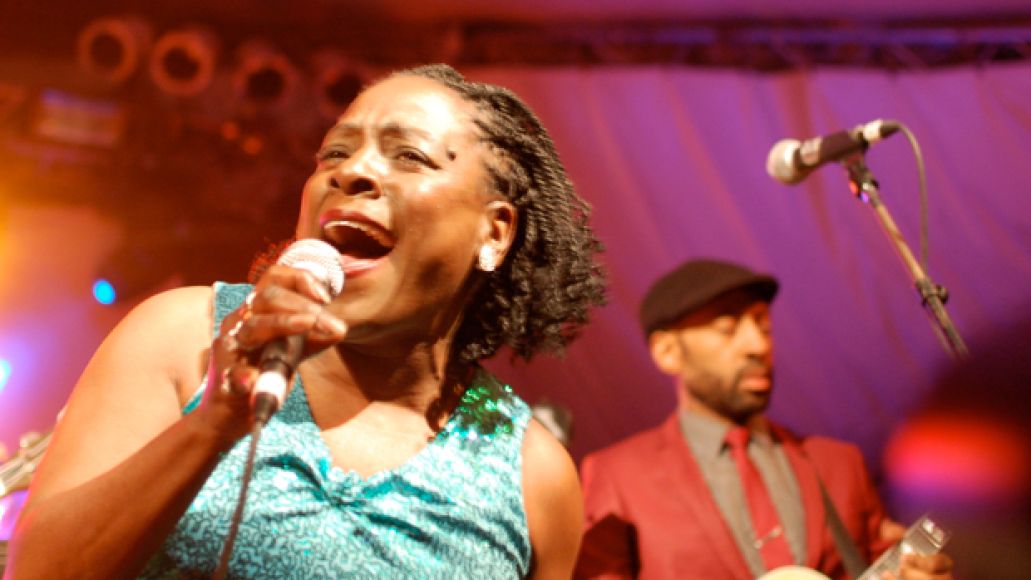 Sharon Jones has been forced to postpone the release of her new studio album and supporting tour dates after being diagnosed with stage-one bile duct cancer. Fortunately, as Jones explains in a statement, “we caught it really early and fast and the doctors say it’s operable and curable.”

Jones, 57, will have surgery immediately, however, due to its invasive and complex nature, she’ll require a lengthy recovery period. Thus, Jones’ career as a touring musician is currently on pause. A new release date for her album and rescheduled tour dates will be announced soon.

“Over the last few weeks I haven’t felt good and I didn’t know what was going on. We sadly had to cancel shows while I went through a series of tests and short hospital stays. We just found out that I have a stage-one tumor on my bile duct. Luckily we caught it really early and fast and the doctors say it’s operable and curable!

I will be having surgery very soon and will have to rest and recover. I’ll be staying in touch and keeping my fans and friends updated on my progress. I’m looking forward to getting back on the road to give the people what they want!”

Listen to Jones’ latest single, “Retreat”, off her upcoming album, Give The People What They Want.