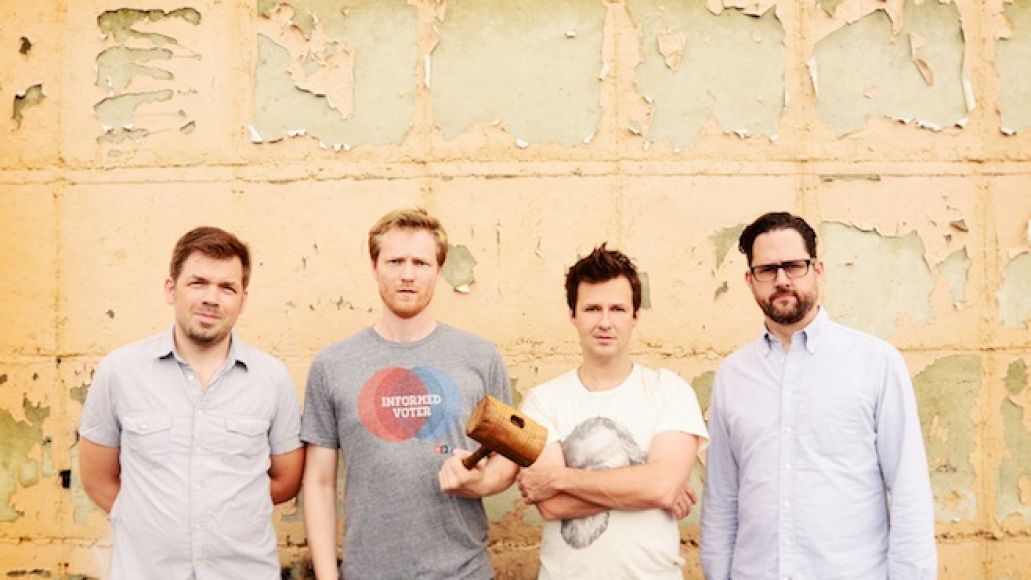 The Dismemberment Plan have set a release date for their long-in-the-works reunion album. According to Pitchfork, Uncanney Valley will arrive on October 15th through Partisan Records. It marks the band’s first record since 2001’s Change.

The album was recorded in Baltimore, reuniting the band with producer J. Robbins (Change, Emergency & I). Several of the album tracks have been performed live, including “Invisible”, “Lookin”, “Mexico City Christmas”, and “Daddy Was a Real Good Dancer”. Watch fan-shot performance footage of these songs below.

Frontman Frontman Travis Morrison said in a statement, “We weren’t going to get anything good unless we could trick ourselves into staying in that place where it was creativity for its own sake. It was a real blessing and opportunity to be in that space again without thinking we had a product to deliver.”

In support of the release, The Dismemberment Plan will make appearances at both the Chicago and Denver installments of Riot Fest, as well as Detroit’s Laneway Festival this September.

“Daddy Was a Real Good Dancer”: