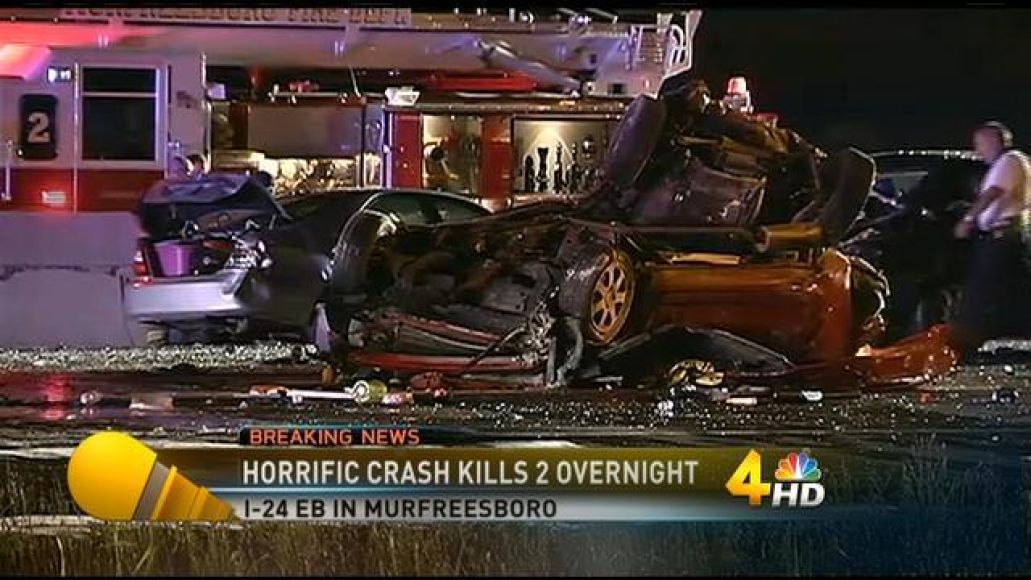 Two people on their way to Bonnaroo were killed, and five others injured in a 10-vechicle crash along Interstate 24 in Murfreesboro, TN, according to News Channel 5. A portion of the highway, which serves as a major thoroughfare to Bonnaroo, remains closed and isn’t expected to reopen until later today.

According to police, a tractor trailer failed to yield to congested traffic (caused by an earlier accident), and struck multiple vechicles a little after midnight Thursday. Two cars caught on fire, one of which exploded before authorities could extinguish the flames. Both passengers in the car were killed instantly.