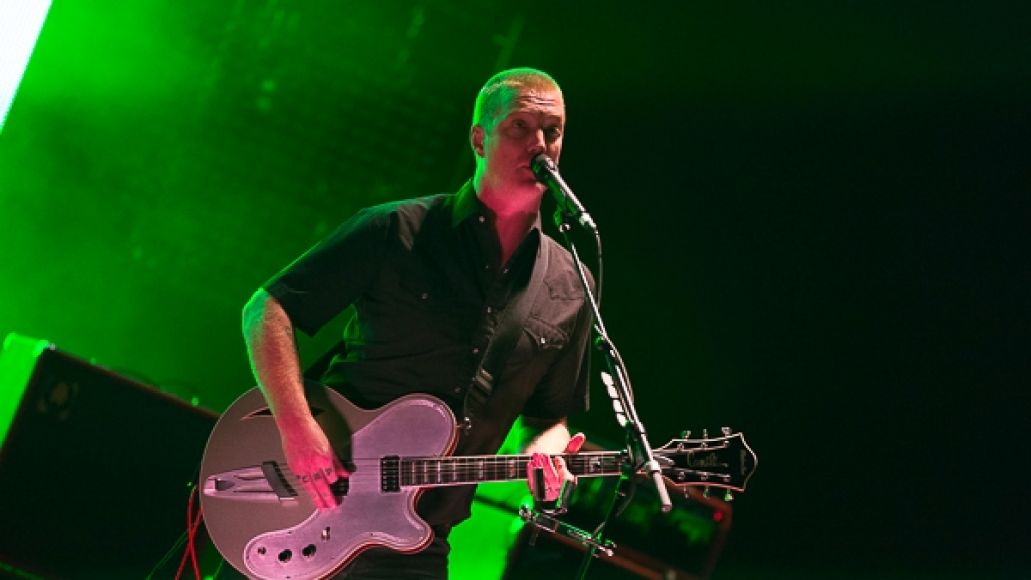 For the second straight night, Queens of the Stone Age served as the musical guest on Late Night with David Letterman. Josh Homme and Co. once again showcased their mighty new album, …Like Clockwork, this time with a performance of “I Sat By The Ocean”. Watch the replay below (via The Audio Perv).

ICYMI: The band performed “My God Is The Sun” on the Wednesday night. They also performed a full live webcast as part of the Live on Letterman concert series. Watch both replays here.

…Like Clockwork is out now through Matador Records. We recently ranked the top 20 songs from across the band’s entire discography.

Watch Queens of the Stone Age perform on Letterman again