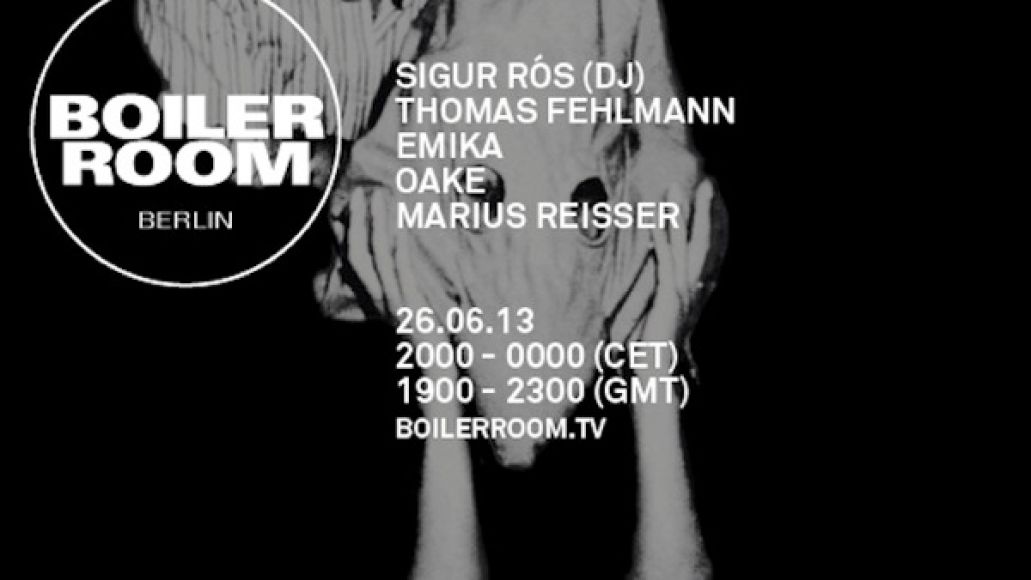 It was only a week ago that Sigur Rós gave fans 360-degrees of control for their first summer tour date behind Kveikur. Today, the Icelandic post-rockers return to the web, but not quite in the way one might expect. Under the moniker Triple Nipple, members of the band will perform a live DJ set at Boiler Room Berlin today at 5:00pm local time. According to the band’s website, don’t expect “wall-to-wall, hair-tossing post-rock. there will be no glacial soundscapes of awesome dimensions. neither warm bubble baths of yoga wind-down muzak. (or any of the other enduring cliches about sigur ros).”

Rather, as Sigur Rós so awesomely explains:

triple nipple represents what sigur ros do when they are off-duty – you know, for fun. some of it may be tough, cool and futuristic, some of it will no doubt be high-aroma fromage. most of the cool stuff comes courtesy of sigrun jonsdottir, the band’s trombone-wielding authority on baltimore club. guitarist kjartan holm, meanwhile, pitches in with some minimal hip-hop, orri with some dubstep and, yes, you’ve guessed it, jonsi brings the extensive cheeseboard. no-one involved lays claim to be able to mix, even remotely. this is how sigur ros get down and unwind in the dressing room and on the tour bus after a show. if you’d like a window on their world, come on in. if you are expecting a mystique enhancing exercise of deep solipsism, look away now.”

“Triple Nipple” goes on at 5:00 PM, but the streaming event starts at 2:00 with appearances by Thomas Fehlmann, Emika, Oake, and Marius Reisser. Head to boilerroom.tv/berlin to tune in.