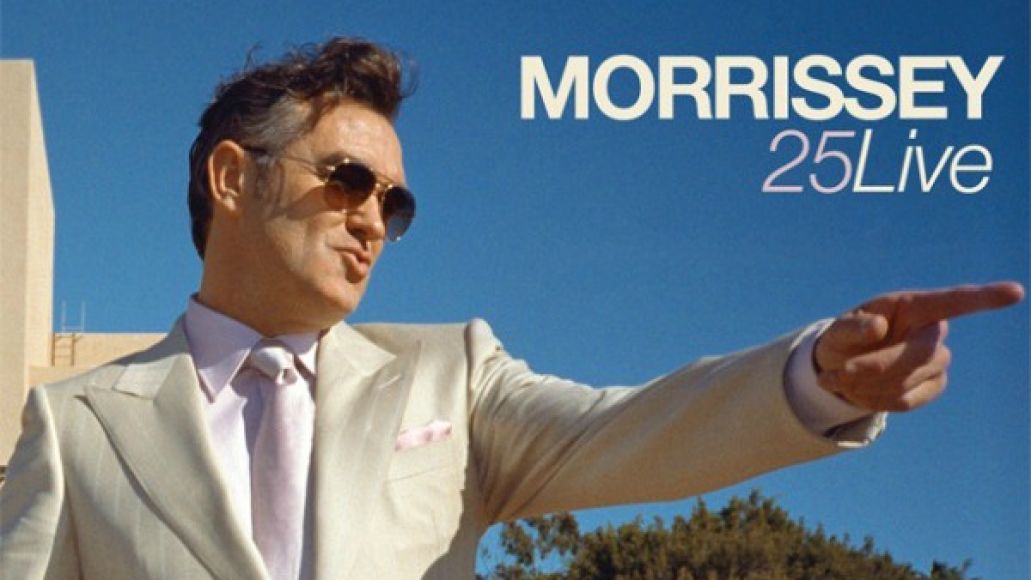 There’s a good chance you didn’t catch Morrissey during his latest US tour; the singer canceled a number of tour dates due to health issues, which included a bleeding ulcer, Barrett’s esophagus, and double pneumonia. One show he did manage to play, however, was a March 2, 2013 gig at Hollywood High School in Los Angeles, CA. To an intimate crowd of just 1,8000, Morrissey ripped through a career-spanning set, comprising material from both The Smiths and his own solo catalog.

That concert is now the subject of a new film, Morrissey 25: Live From Hollywood High, which will screen in theaters beginning August 29th. It will also be released on DVD through Eagle Rock Entertainment. As Slicing Up Eyeballs points out, a trailer for the film recently hit the web — watch it below.

As its title indicates, Morrissey 25 commemorates the 25th anniversary of Morrissey as a solo artist. It also marks his first proper concert film in nine year.

In July, Morrissey will return to the road for a string of South American tour dates: