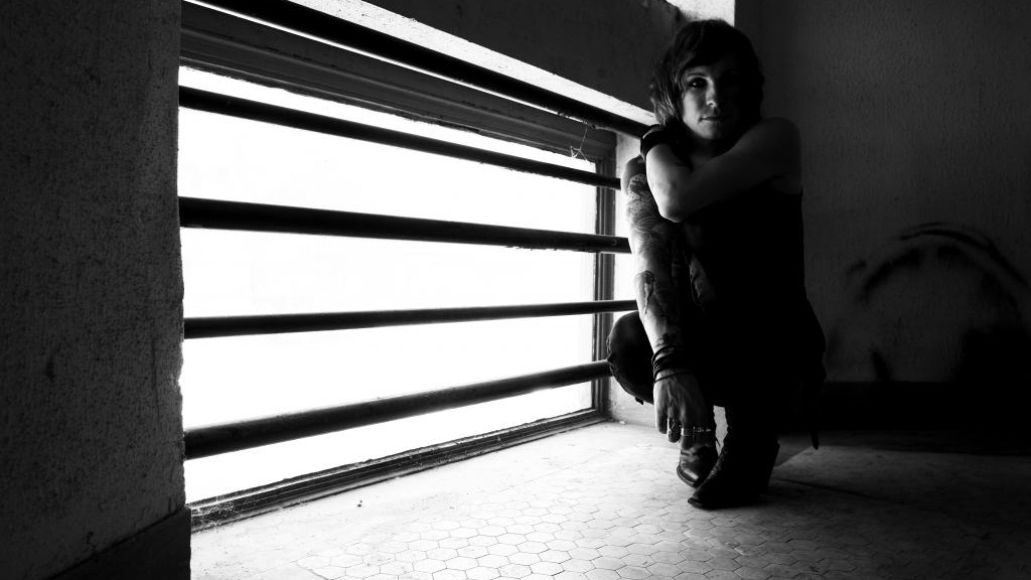 In recent months, Against Me! have experienced their share of inner-band turmoil. First, they were forced to cancel a U.S tour when they couldn’t find a replacement for drummer Max Weinberg, and shortly thereafter longtime bassist Andrew Seward exited for personal reasons. Despite the uncertainty, frontwoman Laura Jane Grace promised the band would continue on in support of their long-awaited new album, Transgender Dysphoria Blues, saying, “If I didn’t feel like I had something that I really needed to say with the album we’ve been working on for the past year then I’d humbly hang the hat and move on.”

As it turns out, the material is so important to Grace that she’s taking the songs out on the road for a rare solo tour. (Grace previously went at it alone in 2008 behind her solo EP, Heart Burns). Billed as “Laura Jane Grace Sings The Transgender Dysphoria Blues”, the six-date jaunt will hit various cities along the Eastern Seaboard in mid-August.

Each concert ticket will include a download of the True Trans 7″, stripped down acoustic versions of two album tracks. (The 7″ will also be for sale at each gig). Tickets for the tour go on sale July 12th at the band’s official website.

Below, watch Grace perform the track “Transgender Dysphoria Blues” from a March 2012 gig in Texas: