We tend to view celebrities’ lives as episodic, especially ones that possess an enigmatic public persona. With filmmakers, movie stars or any individual with a certain degree of notoriety, we remember their pop culture presence in bite-sized chunks: here’s their experimental era, the golden years, the quiet retreats, the slump.

For cinema auteur David Lynch, it’s as though every outlet he pursues becomes another riddle for us to decode about understanding the inner workings of his mind. The canon of the Montana native’s compelling work has typically been regarded as either slightly or intensely mind-throttling. Cow fetuses, severed ears, and alternate universes – ones that Narnia couldn’t have ever prepared us for – may hold enough weight symbolically as characters waltzing across the screen. Yet Lynch is a figure that has spawned a revival of the uncanny, amplified nostalgia for noir, and now is revered by generations with the sort of cult acclaim previously reserved for Orson Welles.

The arc of Lynch’s life folds and unfolds in regards to his multimedia pursuits – besides film, Lynch is an outspoken humanitarian, visual artist transcendental meditation enthusiast, the creator of the most frightening coffee commercial ever conceived, autobiographical book author and now a musician. Fittingly, Lynch dabbles in warped electronica that’s wrung of any conceivable influence except the wanderings of his puzzling mind.

Lynch is 67, but in person possesses a childlike sense of wonder and a gee-whiz vocal intonation, one that’s heavily processed on his second album release, The Big Dream. On his Sacred Bones debut, vocals crackle and wince as though unsure of their implications, much like how his characters blindly follow a pre-determined path towards doom. Lynch’s most memorable film characters – the Log Lady, Jeffrey Beaumont — aren’t exactly self-aware, but rather wear a cape of dread. Premonitions predict their actions, and the follow-up to 2011’s Crazy Clown Time revolves around a similar arc.

Inevitably The Big Dream recalls shadows instead of sunlight. But it’s considerably lighter than any of Lynch’s films would lead a listener to believe his music would resound. During interviews, Lynch has explicitly stated that “the big dream” is simply big love. Lynch’s world, of course, belongs to the dreamers – from the dancing dream man in Twin Peaks to the caustic visions of Mulholland Drive.

Although he hasn’t released a film since 2006’s Inland Empire, Lynch is unable to separate his cinematic instincts with songwriting. The Big Dream is a series of vignettes, character-driven narratives rather than a revolution around a certain thematic concept. The barreling onward march of “Star Dream Girl” is a vision, but a clear one where the femme fatale materializes before you. A smooth-talking psychopath tells his tale in “Say It”, and a soft romantic overtakes “The Big Dream”.

The album’s sole cover pays homage to one of folk’s most chilling narratives, Bob Dylan’s “Ballad of Hollis Brown”. Although a sharp departure from the original, the subtle electronic pluckings fit Lynch’s project of a modern blues album – in that sense, mirroring Dylan’s sparse acoustic arrangements from so long ago. It too is driven by strife, by a man whose “children are so hungry, they don’t know how to smile.”

Lykke Li’s guest warbles on “I’m Waiting Here” closes the album on a bittersweet note, as many of Lynch’s films do. A pre-requisite of neo-noir entails the saunter of the troublemaking femme fatale. From Audrey Horne to Dorothy Vallens, Lynch is a sucker for cherry-red lips as much as he is for cherry pie. Lykke Li, like Karen O before her on Crazy Clown Time and Jolee Cruz far, far before either of them on the Twin Peaks score, provide a familiar anchor to the ear.

The frustrations within The Big Dream lie in the pauses, which require a certain degree of patience. Nearly 50 years into his career, Lynch remains a master at the art of disorder, though this time around, his familiar bedlams don’t exactly register. It’s an embalming, ambient listen, but it’s hardly as engaging as the entombed mystery within Crazy Clown Time.

It’s almost impossible to separate an artist from their work, and preconceptions run rampant throughout The Big Dream. Those who enjoy slow-burning plots and gradual inclines, rather than immediate gratification, will revel in the album’s itchy sawdust. It’s uncertain music from an uncertain man, an artifact that will continue to influence growing pains from the many Lynchian dreamers. Word to the wise: Don’t wake up. 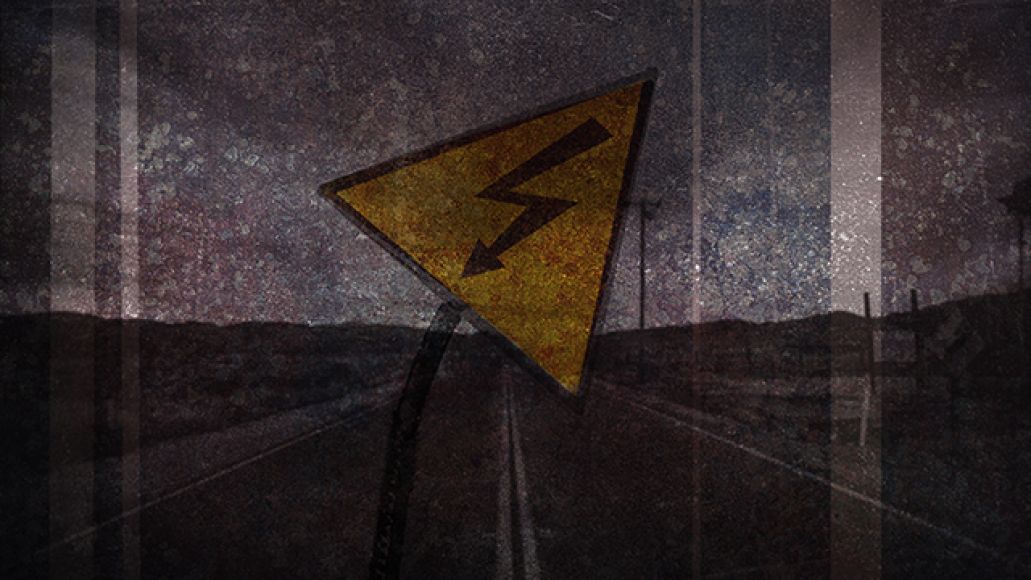